The power of blind faith

No matter how much time passes, there is a conflict between faith and science. The debate has been raging since the dawn of mankind and continues to divide opinions even today. This age-old question is the main theme of Sebastian Lelio's The Wonder, which highlights the debate of what you really believe in through the lens of storytelling.

The Wonder is based on a 2016 novel by Emma Donoghue and is available on Netflix now that a few weeks have elapsed since its cinema release in the US. The film is set in the Irish Midlands in 1862 and stars British actress Florence Pugh as a nurse on a mission to investigate what some are calling a medical anomaly, and others a miracle.

Pugh plays Elizabeth Wright -- an English nurse who served in the Crimean War -- sent to a rural village in Ireland to observe and report on Anna O'Donnell (Kila Lord Cassidy), a young girl from a poor background who claims to be a newborn saint as she's reportedly gone without food for four months and has miraculously survived. News about Anna's miracle spreads fast and tourists begin to flock to see her at her house. Even journalists from London travel to cover this sensation. Upon arriving at the village, Elizabeth meets with the village "committee" -- a self-appointed group of men from the town consisting of a doctor, a priest, a town elder and a landlord. Elizabeth is paired with Sister Michael (Josie Walker) and splits her shifts of 15 days to observe and investigate and give the committee a testimony if this is a miracle or just a hoax. The nurse is determined to unearth the truth and help a family falling apart due to their blind devotion while challenging the faith of a community that would prefer to believe in a miracle.

Much like Lelio's previous film Disobedience (2017), the visuals and cinematography in The Wonder are pretty and period-accurate. The costumes and the set really help transport viewers to the late 1800s. His direction creates this immersive atmosphere of old Ireland. This is further helped by eerie sound effects and a haunting score that just gets under your skin without being too overbearing, and it helps this film's slow-burn intensity. 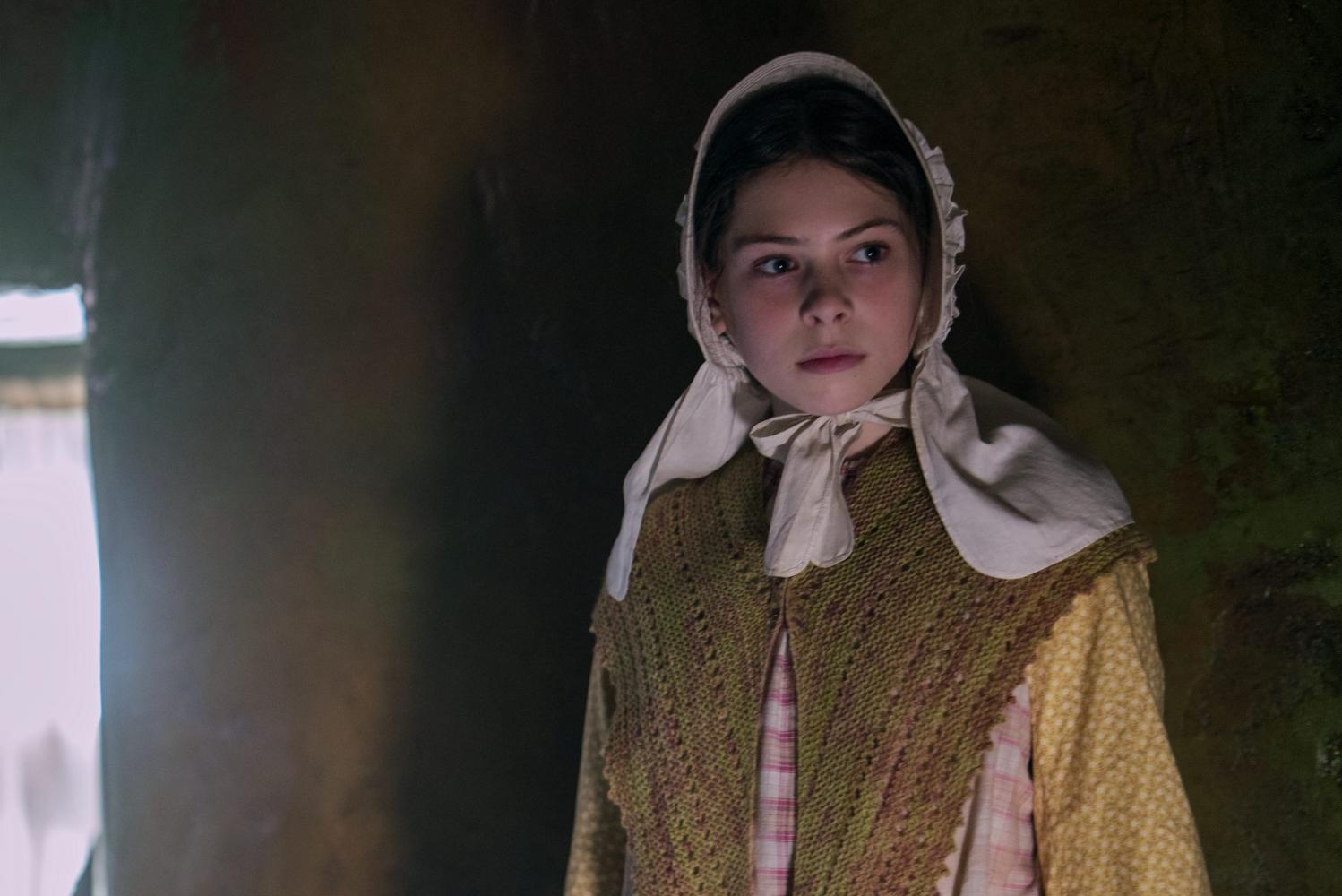 The storytelling and narrative of this film are quite straightforward as it essentially plays out as an unsettling tale of a woman dealing with her past tragedies observed through this family. Little by little, she stops being an inactive protagonist as she can no longer abide by what is happening and not do anything. I really enjoyed watching Pugh play a firm-handed science-based person who would bend her stance in order to save a child from any harm. I think the way the film portrays the relationship between the nurse and the child is great. Kila Lord Cassidy who plays young Anna is the perfect counterbalance to Elizabeth as the two come from different backgrounds and have different life experiences. The way they debate these topics with one another is so riveting to watch. However, the film is not without its downsides. The way it plays this out as a drama falls short of expectations because ideas are always more compelling in concept than in execution. The film's undercurrent is an introspect into the problem of blind devotion. You have a family riddled with poverty, who believe their daughter is a message or a gift from God. But the way it plays in the end never feels as satisfying as the way it was set up as a mystery to be unveiled. The film dips its toes into suspense and thriller territory, but never fully commits which is a little underwhelming.

In the end, The Wonder is a good-looking film, and the performances are engaging and passionate. There's a solid drama at play between faith and science, but it unfortunately falters with a lack of real emotional vehemence. It's not a bad film by any means, but it's probably not a movie to stick with you for long.