The timelessness of art

If Alex Trochut didn't have any digital tools, what would he do with pen and paper? 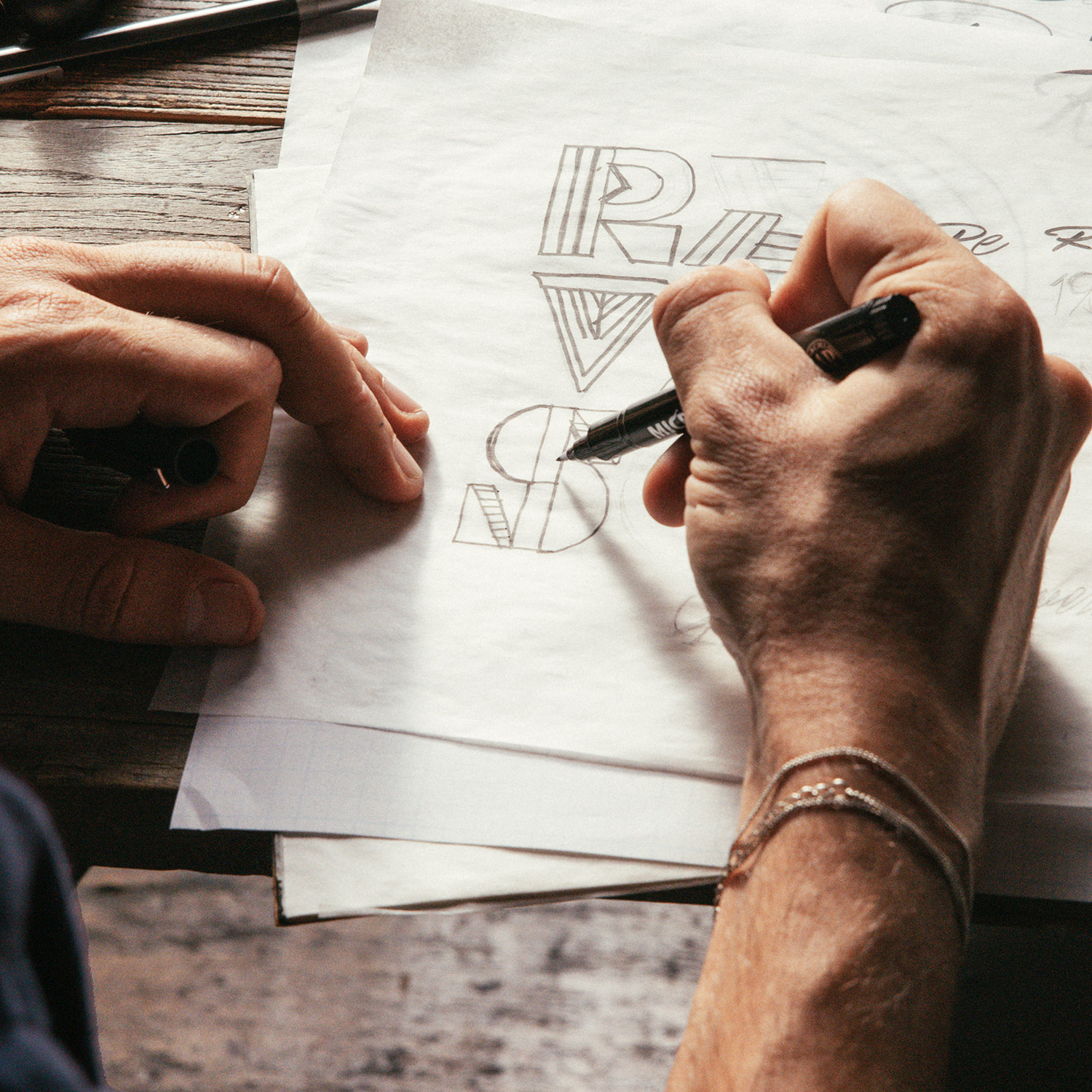 Alex Trochut working on the latest instalment of the ‘Made of Makers’ programme.

"Well, pen and paper are still the best technology if you want to draw classic letters. So I would probably be doing a lot of that," said the renowned graphic designer and typographer.

A collaboration with Jaeger-LeCoultre had him creating the contemporary 1931 Alphabet echoing the Art Deco style, which also identifies the flippable Reverso timepiece.

On what makes Art Deco timeless, he said: "It's mainly the idea of creating decoration in an abstract geometric way that will always be able to be reinterpreted -- Art Deco is at the genesis of Modernism, jumping into that period where it was colliding with all these other trends like Bauhaus, Cubism, Constructivism and De Stijl -- much of that was based on making a 'war' against ornament, making decorative elements become less figurative and representational, and transitioning towards a more abstract and less superficial nature, using shapes that could also serve as functional at the same time."

The native of Barcelona was born into a printing business family. His grandfather Joan Trochut invented a revolutionary modular typographic and ornament system in the 1940s and is recognised as a major contributor to the history of typography. 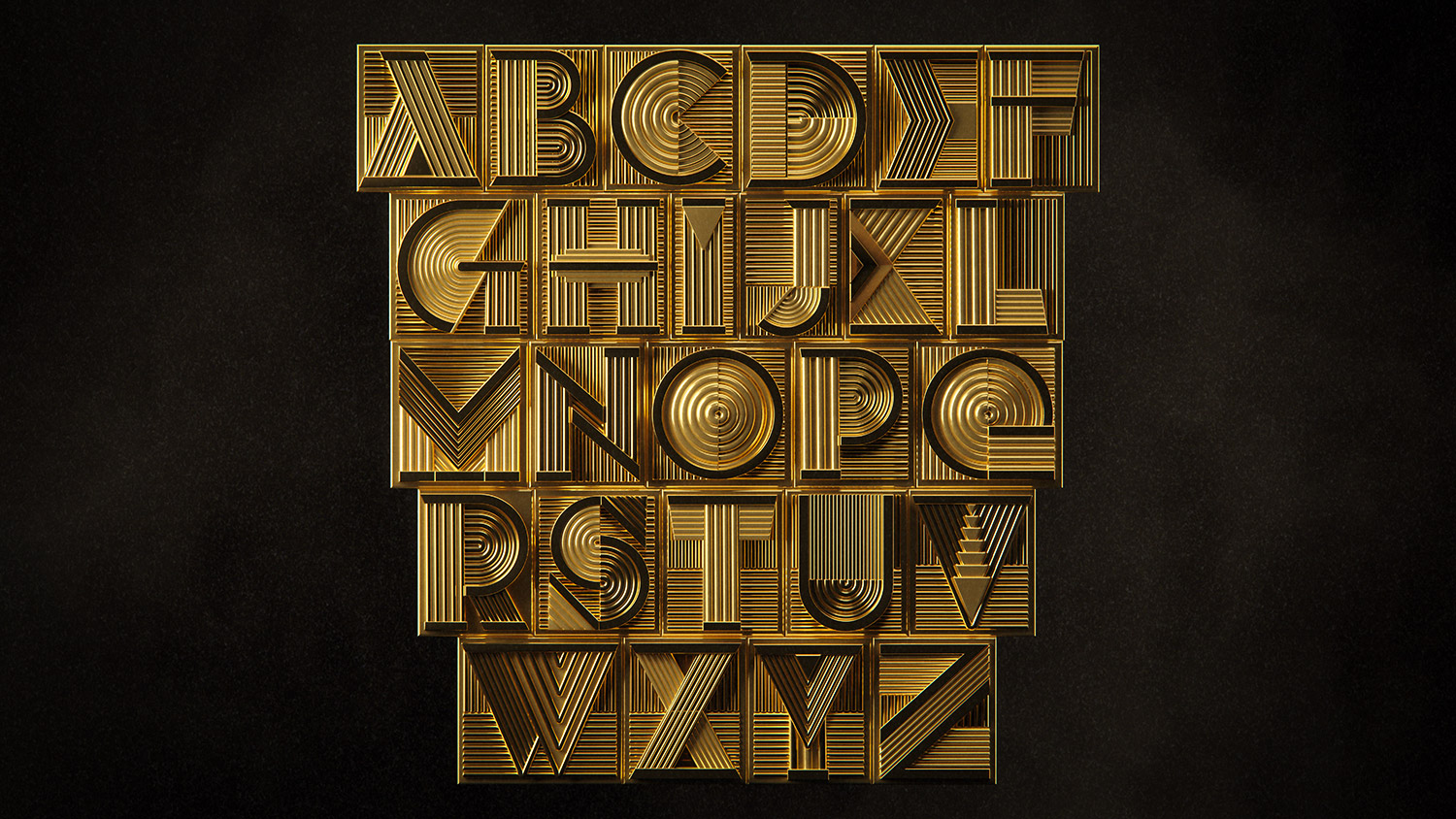 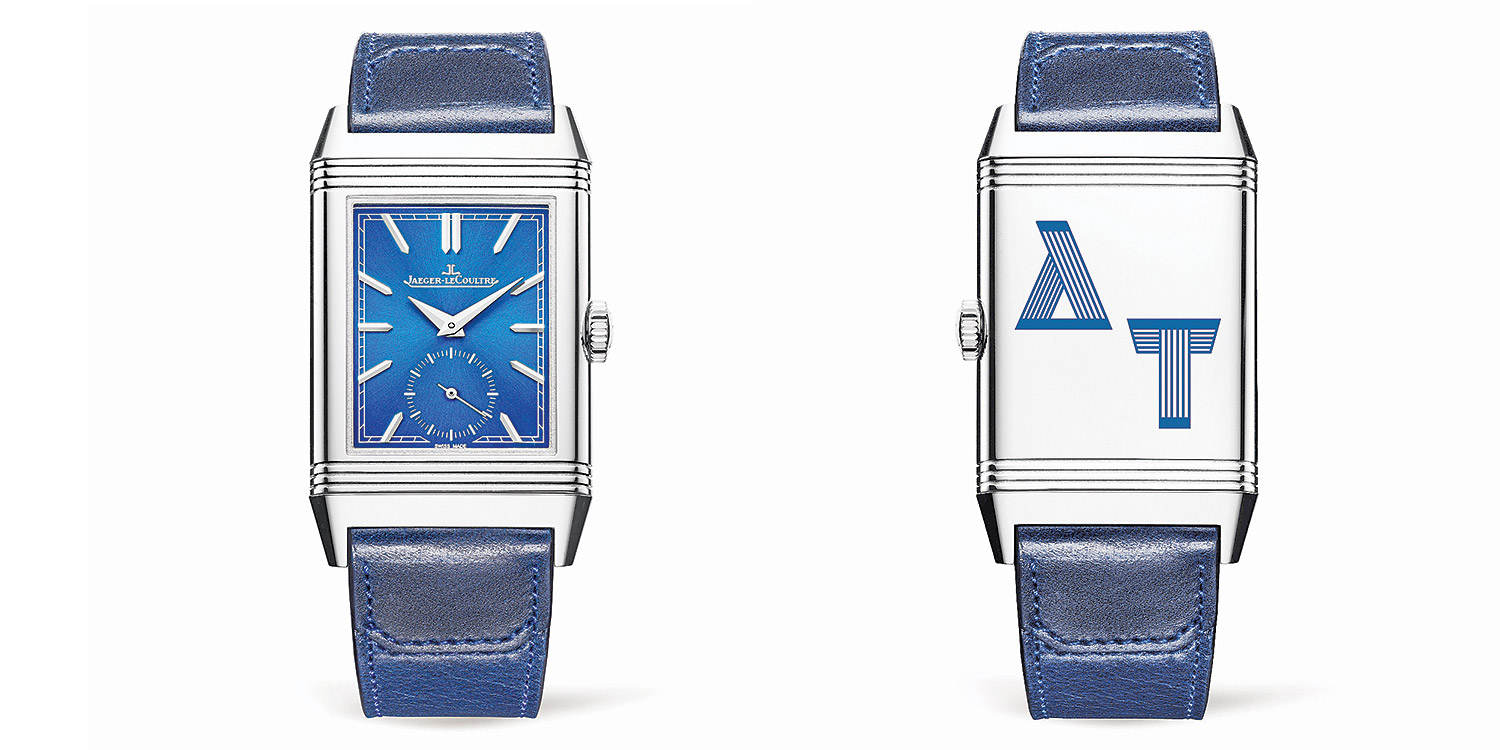 The 1931 Alphabet will be offered as a new style of personalisation for engraving on a Reverso case-back. (Photos © Jaeger-LeCoultre)

The third-generation Trochut expresses his visual style through designs, illustrations and typographic practice.

Jaeger-LeCoultre invited him to join the "Made of Makers" series of collaborations with artists, designers and craftsmen from disciplines outside watchmaking. The dialogue between horology and art shares fundamental values of creativity, expertise and precision.

The renowned lettering artist sees a natural affinity between his work and that of Jaeger-LeCoultre's watchmakers and artistic craftsmen.

"I think craft and technical skills are at the heart of both typography and watchmaking," Trochut said. "Letters are a mix of emotional and rational decisions, with a big internal logic that ties all the decisions into one alphabet or lettering form, like a puzzle. While I consider watchmaking to be another level of complexity, both disciplines embody a devotion to the little things, which need to work in harmony inside a system.''

Last month, the new 1931 Alphabet was displayed in New York at the "Reverso Stories" exhibition imbued with the story and spirit of Art Deco. 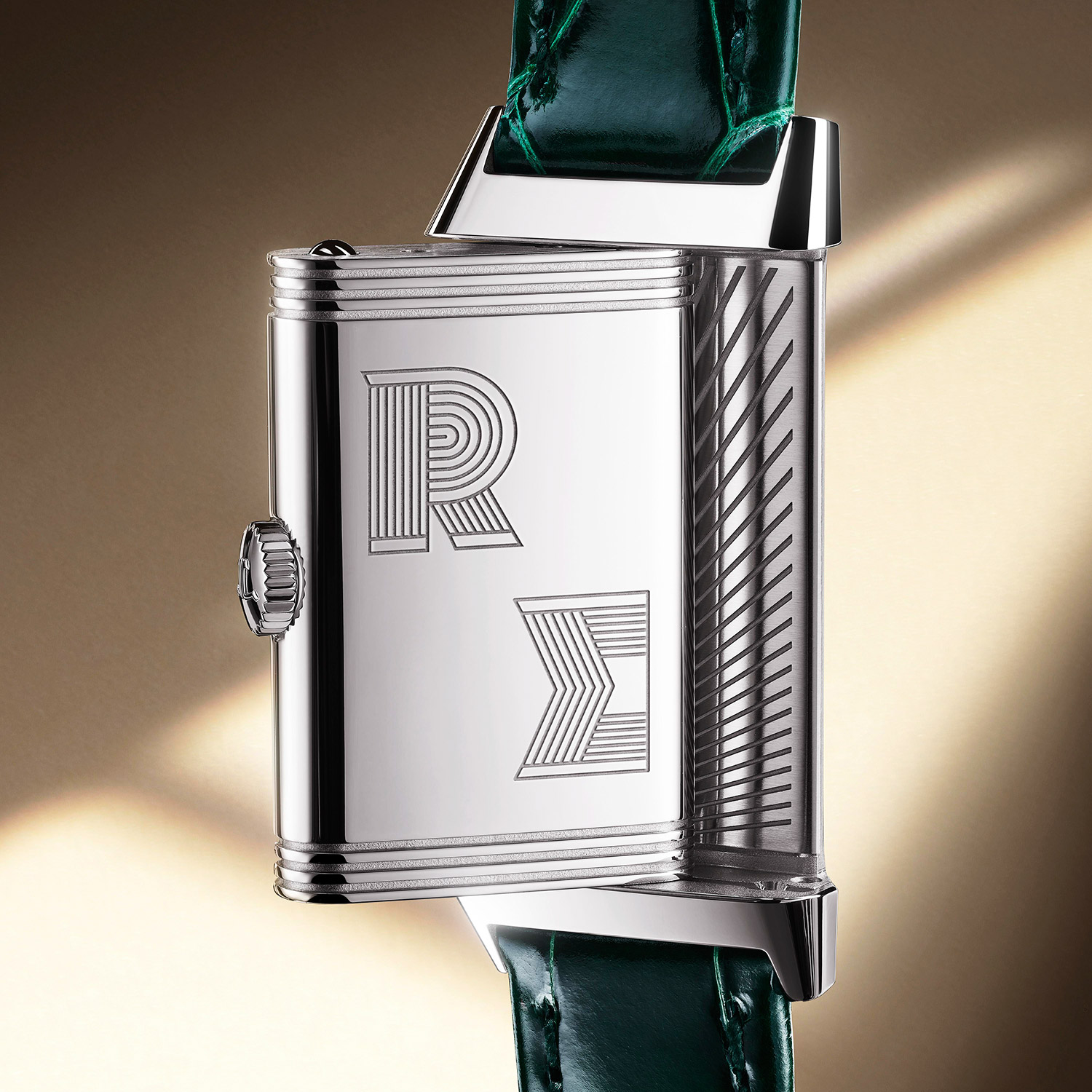 The Art Deco-style Reverso was designed with a protective flippable case.

The Reverso was created almost a century after Antoine LeCoultre founded a watchmaking workshop in 1833 in Switzerland's Vallée de Joux. In November 1931, its name was registered by César de Trey, whose idea of a swivelling case came after a British army officer and polo player in India asked him to find a way to protect his watch during matches.

A partnership between the Swiss businessman and Jacques-David LeCoultre then led to the production of the robust Art Deco-style model.

Trochut's set of letters is a modern addition to the maison's visual identity, and it will be offered as a new style of personalisation for engraving on a Reverso case-back as well as used for other initiatives in the future. Each letter has a boldly sculptural quality and strong sense of visual depth, while also conveying a sense of dynamism and movement. It is equally expressive in both two-dimensional form and as three-dimensional objects.

"I'm very happy with the results because the end goal of this process was the result -- it was not about timing or deadlines, so I'm very grateful for having had that space to work," he said.

On the contrary, Trochut feels the pressure of how the digital world has redefined art. 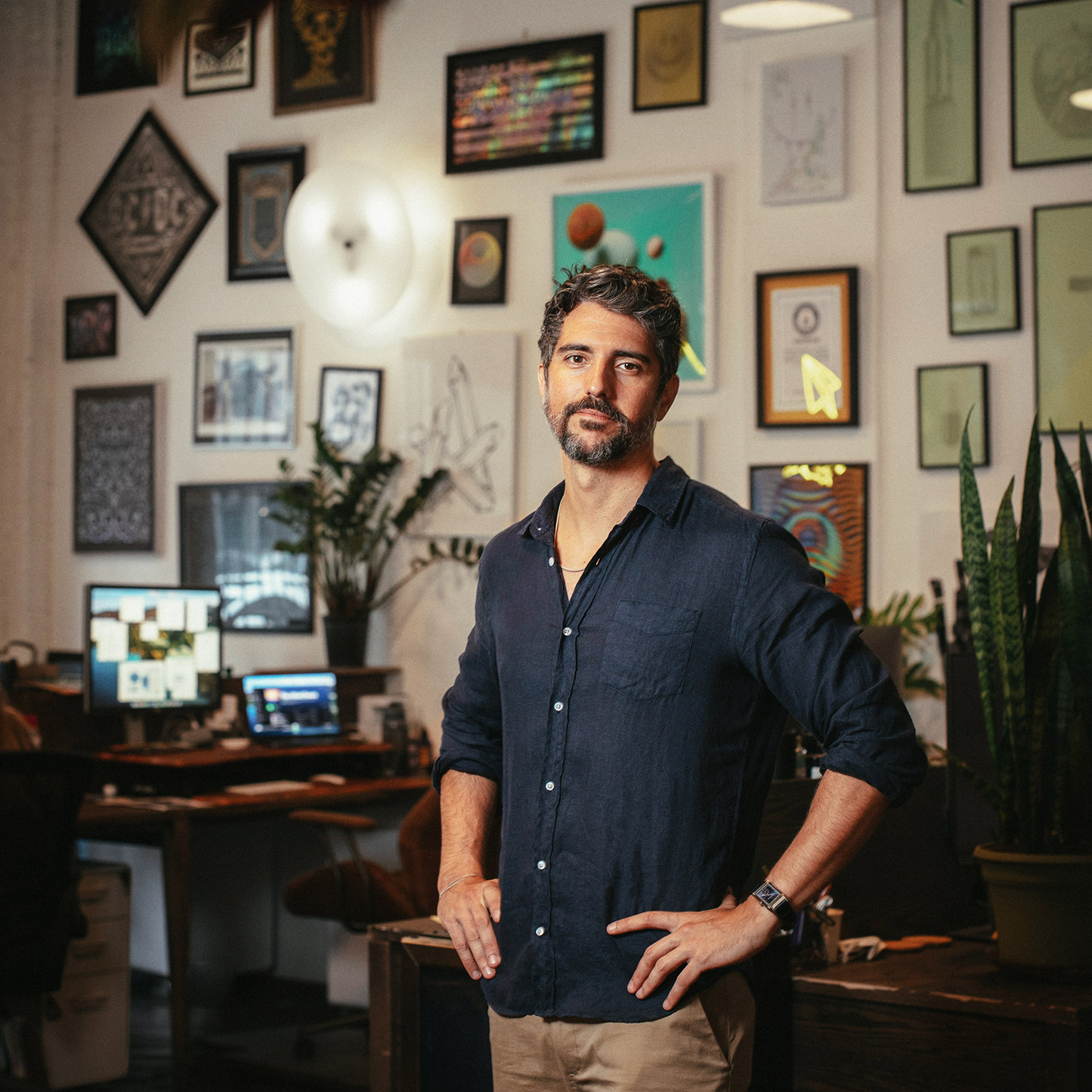 "I'm a digital creator, but I feel like technology is progressing in a way that is sometimes slightly outpacing how I would like to progress. It's moving so fast that it's hard to be able to keep up and it becomes a little bit toxic sometimes because it feels like technology is there to help in theory, but sometimes it's just making things very hard," he said.

"Because it takes a long time to learn craft, even if in a digital way, and then these things are wiped off the map so fast that it feels like you need to start from square one once again. So it really pushes you a lot towards reinventing yourself. And yes it's challenging at times, but it's the nature of the game."

The New York-based typographer has become celebrated for his experimental approach, and he harnesses the visual potential of language, pushing letters and words to new limits so that seeing and reading become the same action; text and image become a single, unified expression.

"I believe that text itself is an image too. I like to create images that you can read. So text can cover reality to a certain point, but when you write or draw text, that adds another level of visual layer to the meaning and feeling of text. So I feel like it's equally as strong as an image," he said.

Open to other alphabets, he did some work with Arabic for a project in Dubai and he finds Asian, such as Japanese, Korean, Thai and Burmese, alphabets incredible.

From the 26 letters in the English alphabet, he spends more time working on G and K.

"I think probably the most expressive letter is G as there's a lot of curve -- depending on the alphabet, if it's a sans serif it will be different to a serif. The letter K can be challenging too. But in the end they need to kind of connect with each other as a whole if you're doing an alphabet," he said. "Likewise the letter G represents me the most, because I think I try to be easy, but sometimes I'm not!" 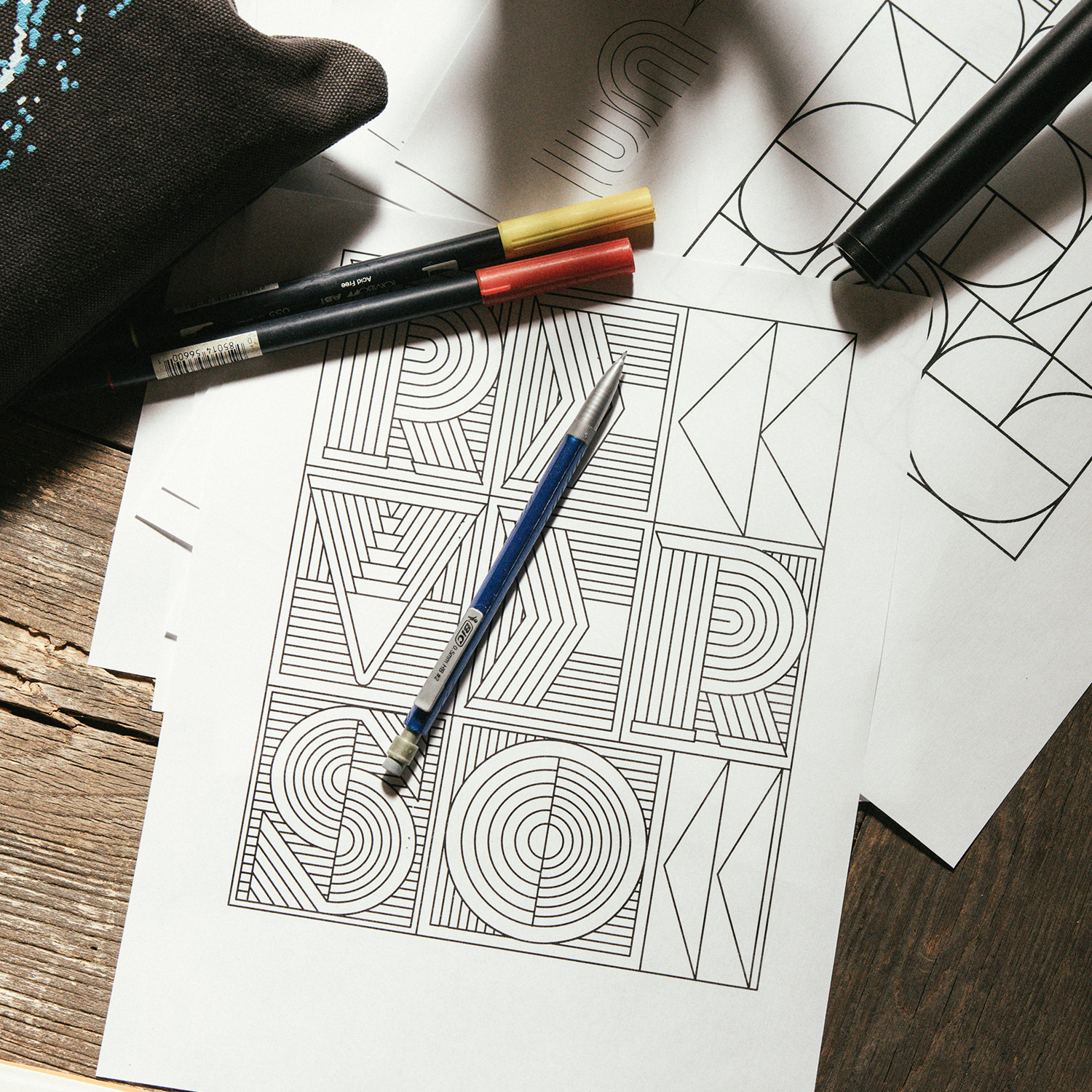