In central locations of three major Asian cities -- Singapore, Jakarta and Ho Chi Minh City -- stand bronze elephant statues. If they could talk, these statues could tell of imperialism, civil war, invasion, anti-colonial struggle, independence, nationhood, and more recently of rapid urban and economic development. Perched high up on their plinths, the elephants have witnessed some of the key events in the modernisation and emancipation of Southeast Asia, with all its promises and bloodshed. All three statues were gifts made by Thai kings.

The elephant statues in Singapore and Batavia (present-day Jakarta) were erected exactly 150 years ago, in 1872, while the statue in Saigon (present-day Ho Chi Minh City) was inaugurated in 1936. The two older statues were gifted by King Chulalongkorn to commemorate his visits in 1871, while the statue in Saigon was gifted by his youngest son, King Prajadhipok, after he visited French Indochina in 1930.

The statues are simultaneously memorials and monuments. They were originally created to commemorate visits of Thai monarchs and designed to be lasting symbols of the power and independence of the Thai kingdom. Moreover, through the decades, elephants have become familiar parts of their cities' urban landscapes.

Famously, King Chulalongkorn was the first Thai ruler to travel outside his kingdom when he visited Singapore and the Dutch East Indies in 1871. His visits were designed to study modern (colonial) administrations in the region and modern technology, and to underscore Siam's independence from the European colonial powers.

Planning these visits was a delicate and complex affair, but when the British and Dutch administrations agreed to receive the king as head of a sovereign state and put on week-long programmes consisting of official receptions, balls, tours and theatre performances, the political purpose of the visits was accomplished. So pleased were the king and his senior officials with the outcome that they wished to provide lasting and visible expressions of the respect and recognition that the king had received during his visits. Hence, the idea of gifting elephant statues to Singapore and Batavia was born, and the two governments were requested to place them at suitable locations after they had been shipped from Bangkok. 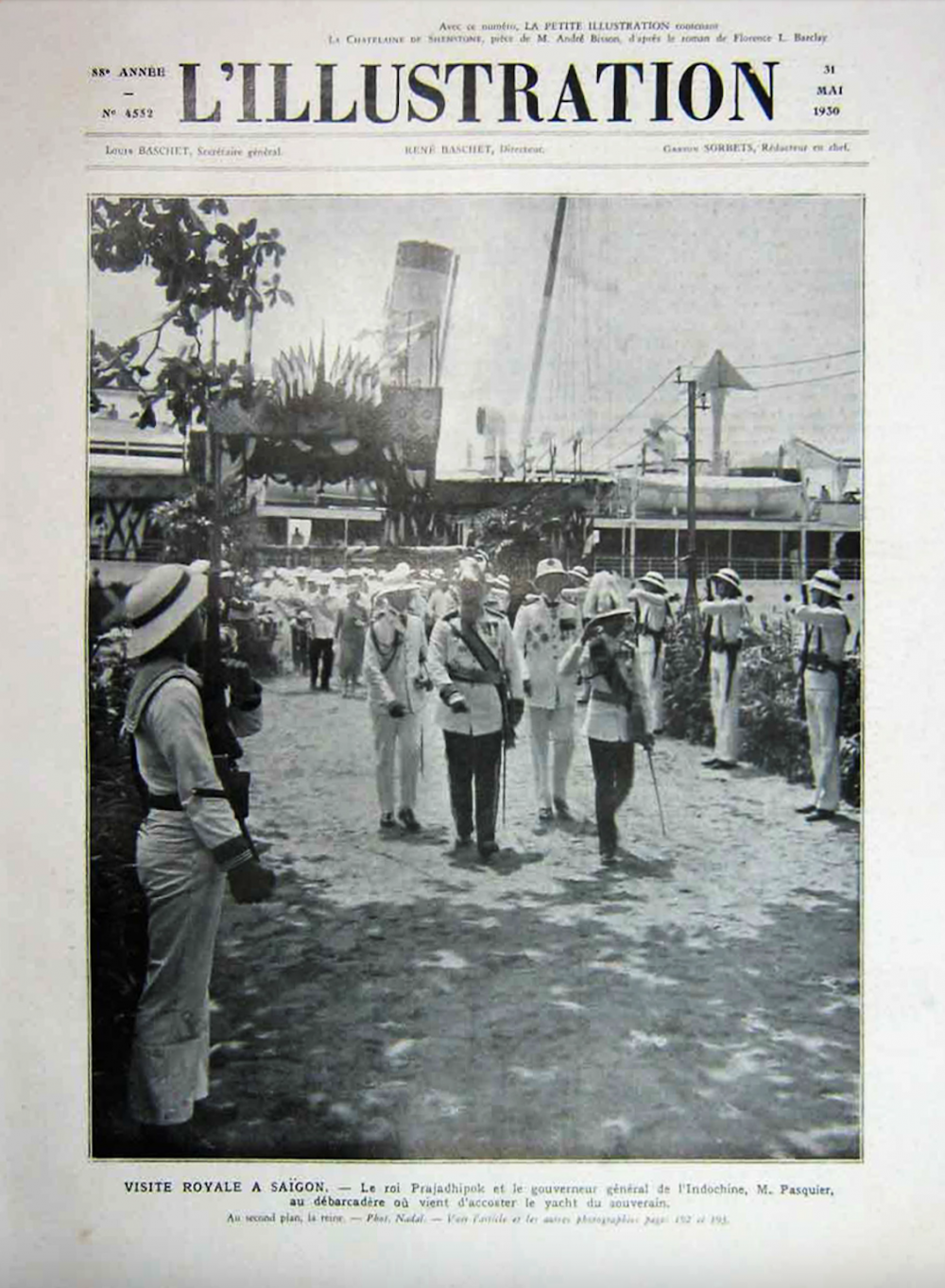 In Singapore, the bronze elephant was erected prominently in front of the town hall (present-day Victoria Memorial Hall) on June 25, 1872, where it stood for over four decades until 1919, when it was moved to its present location in front of the courthouse (since renamed Arts House). The statue's base was constructed locally and features inscriptions memorialising the king's visit in Thai, Chinese, Jawi (an Arabic script to write Malay) and English.

Just like in Singapore, the Siamese elephant was given a prominent home in Batavia at its inauguration in 1872. Standing in front of the Museum of the Royal Batavian Society of Arts and Sciences (present-day's National Museum), the elephant looked across the city's expansive Royal Square, what is today Independence Square (Medan Merdeka) with its landmark national monument. The statue's plinth is inscribed with commemorative texts, but the word Batavia has since been scratched from the inscription's Dutch version, presumably out of anti-colonial fervour.

The world of King Prajadhipok was very different in most aspects of life from the world inhabited by his father in 1871. Prajadhipok was a well-travelled, cosmopolitan prince, when he became king in 1925 and continued to travel widely on state business, for pleasure as well as for health reasons. When he visited Saigon in 1930, relations between Siam and France had still not improved much since the Franco-Siamese War of 1893 and a series of French territorial encroachments. The royal visit was thus politically significant, and the king was received with full honours and enjoyed an extensive programme of events in Saigon and tours outside the city.

Emulating his father, Prajadhipok wished to memorialise his visit by gifting a bronze elephant statue and did so in 1934. Due to logistical issues in constructing the plinth in Indochina, the statue was inaugurated on March 13, 1936. This means that, while King Prajadhipok had travelled to Indochina as an absolute monarch in 1930, he gifted the elephant statue as a constitutional monarch, and when the statue was inaugurated in 1936, Prajadhipok was a former king living in exile in Britain. 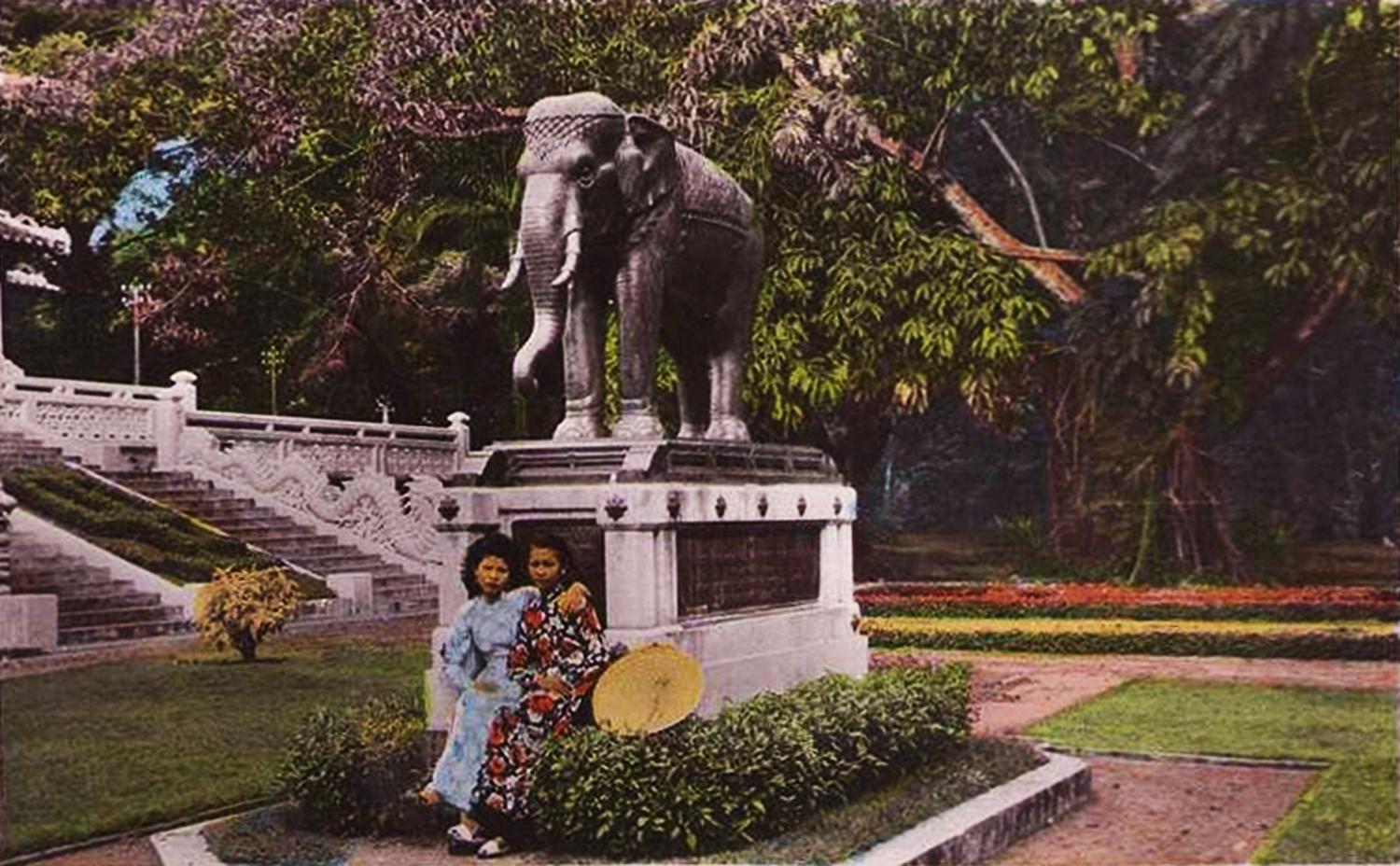 Larger than its two elder cousins, the statue was erected at a prominent location in central Saigon at the western end of Boulevard Norodom, adjacent to the shrine of remembrance for the fallen Vietnamese soldiers of World War I (known today as Hùng King Temple), and bronze plates were affixed to the plinth with inscriptions commemorating the king's visit in Thai, French, Vietnamese and English. In more recent times the elephant statue was moved from the right to the left side of the temple to make space for a large parking area, but it has remained a fitting landmark at the entrance to the city's famed botanical and zoological gardens for the past eight decades.

The elephant was an inspired choice for the three sculptures. Not only was it central to Thai cultural iconography and royal power, but it could also be easily recognised as part of nature and indigenous culture in Malaya, Indochina and Indonesia. While King Chulalongkorn no longer offered live elephants as gifts to foreign rulers, like his father and previous Thai kings had done, elephant images remained awe-inspiring representations of the kingdom. The statues could be seen as decorative monuments in their respective public spaces, while taking on political meaning when the viewer read the inscriptions on the statues' plinths.

The three elephant statues were designed as works of art to be appreciated for their beauty or the quality of craftsmanship. The elder twin elephants stem from a period in the later 19th century when, inspired by contemporary European trends, bronze casting of secular images began to gain popularity among the royal elite in Siam. We find similar bronze elephant statues, four in total, in front of Phra Thinang Chakri Maha Prasat from the same period.

The equestrian statue of King Chulalongkorn from 1908 marked the first lifelike representation of a monarch in public, but it was during the seventh reign that a vibrant period of creating bronze statues of kings and other images began, closely associated with Italian sculptor Corrado Feroci (later Silpa Bhirasri). Reflecting this development, the Saigon elephant statue of the 1930s was crafted with more intricate detail than its older cousins, featuring a harness and decorated caparison. 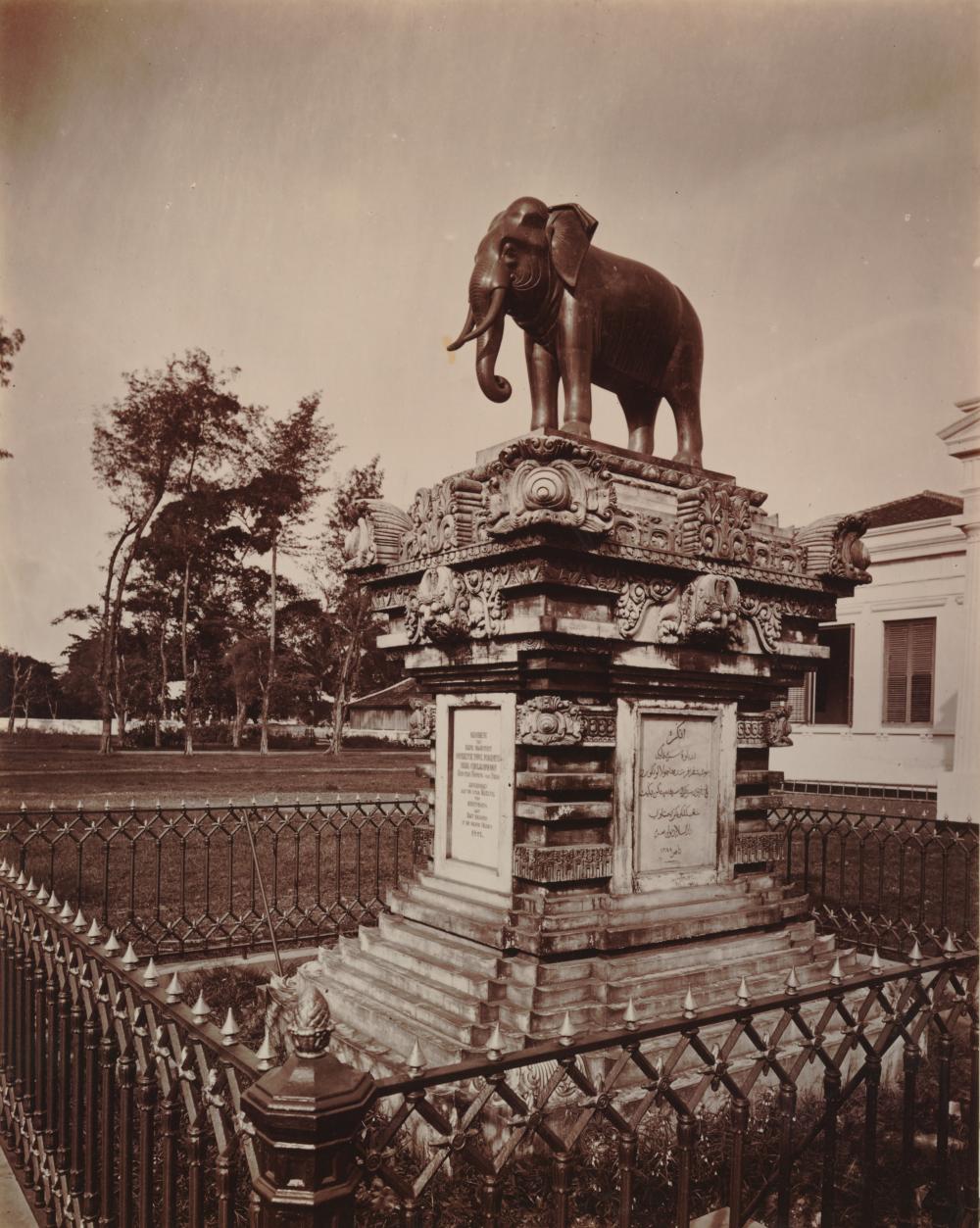 While relatively few, we do find statues that were gifted by foreign rulers or governments across the globe -- the Statue of Liberty from the same period as King Chulalongkorn's elephants being the largest and most famous example. What makes the three bronze elephants special is their representation of Thai cultural iconography through a European art form for the purpose of expressing a message of power and independence during periods of colonialism in the 1870s as well as the 1930s.

While the three Thai elephant statues have become interwoven with the modern cityscapes they inhabit, they are today visible symbols of Thai history abroad that have survived many decades of political change, war and urban development unscathed. The bronze elephants are well worth seeking out by any visitor to one of these three cities.

Stefan Hell is a historian and a visiting research fellow at Chulalongkorn University's Department of History. He is the author of Siam And The League Of Nations: Modernisation, Sovereignty And Multilateral Diplomacy, 1920-1940 and of Siam And World War I: An International History, both published by River Books in Bangkok. The latter book is also available in Thai.