Taraf Syriana is an ensemble of virtuoso master musicians from diverse ethnic backgrounds who play traditional music from Syria and surrounding cultures and countries. The group plays folk music from the Balkans to Syria, and this week they will launch an eponymously titled debut album on the Lulaworld record label in Canada. 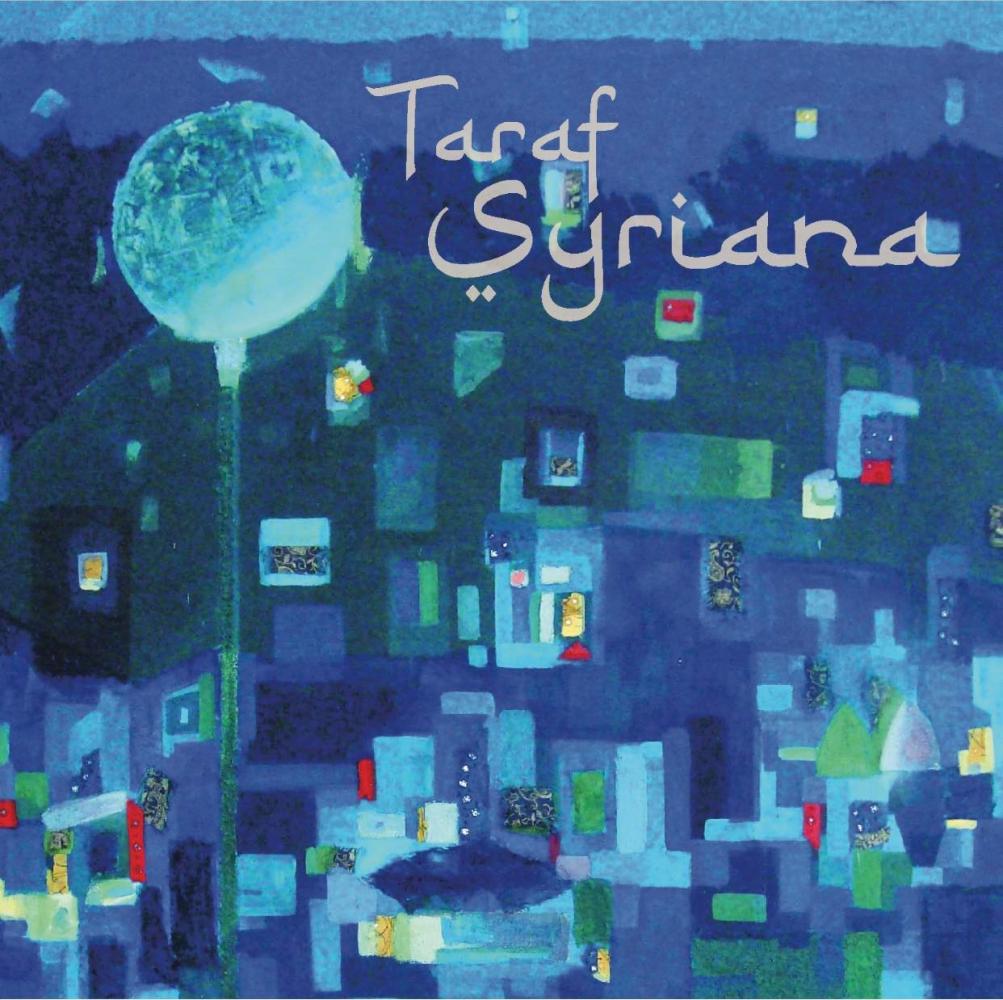 Ongoing conflict in Syria and the region dominates the news these days, overshadowing the historical position Syria has had as a centre for art and culture -- a hub where Arabs, Armenians, Syrians, Turks, Iraqis, Kurds and even Roma meet and exchange culture and music.

The four core members of Taraf Syriana, and their talented guests, represent the diverse ethnicity of the region -- Balkan music specialist, accordion master and de-facto leader Sergiu Popa; violin player Omar Abou Afach; cellist Noemy Braun; and ganoun master Naeem Shanwar, were all trained in the conservatoires of Syria but like so many musicians and artists in the war-torn country, they had to leave to survive, and so migrated to Canada.

Omar Abou Afach says in the liner notes that the aim of the ensemble was to recreate the sound of Syria's public squares. "We want to share the incredible musical diversity of all of Syria's peoples."

The quartet was supported on the album by expert musicians, each of whom brought specific expertise to the mix. Legendary Romanian singer and guitarist Dan Armeanca (he lights up the opening track Me Dukhap Tuke with his powerful, haunting voice); darbouka (frame drum) maestro Mohamed Raky; oud player Nazik Borish; and singer Ayham Abou Ammar all make significant contributions on various tracks. Ammar's singing is showcased on my favourite track Budukka Al Mayes, which the liner notes say is a description of being "entranced by beauty, falling in love and dancing in the garden". It's a truly inspiring song, one that made me think of hauntingly beautiful passages in 2021 Nobel prize winner Abdulrazak Gurnah's novel Paradise.

There are several Roma songs on the album (Roma people migrated from India to Syria some 1,000 years ago). There's the jaunty dance number Sar sung in Roma by Dan Armeanca, with lyrics like: "Come Roma people/ Listen to my song/ Come and dance to my song/ And look how the Roma people move their hips when they dance." 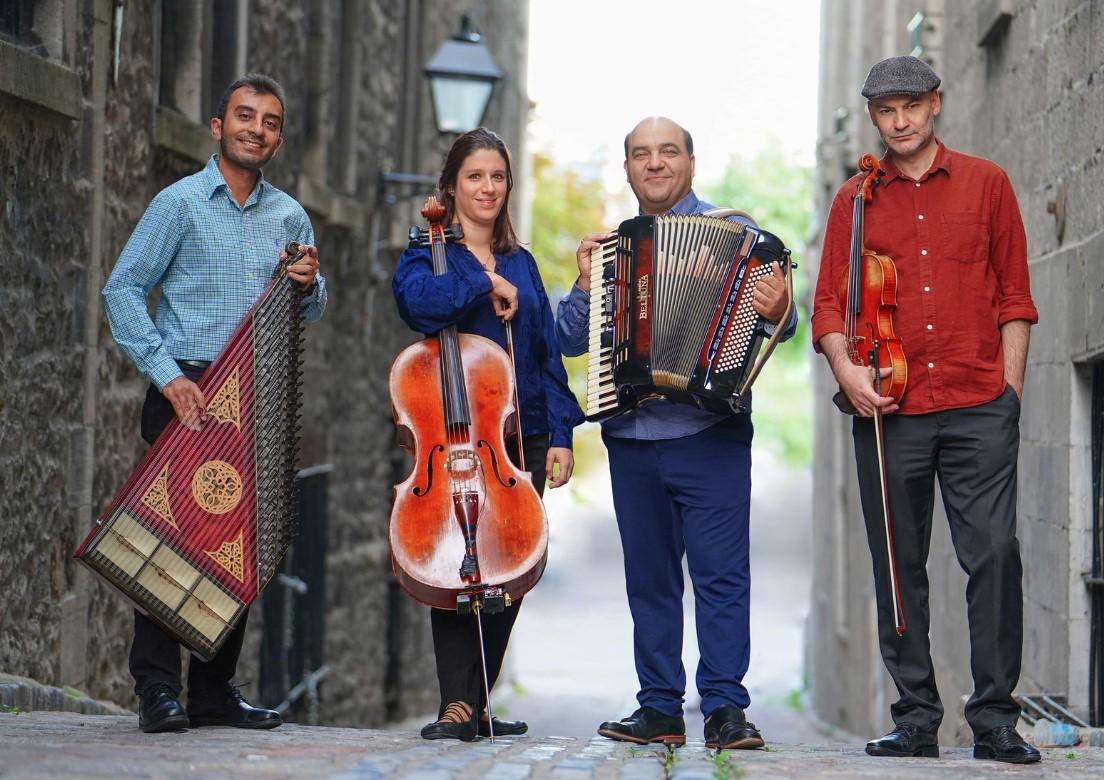 But the song that really caught my attention was the Balkan favourite Jovane Jovanke, which is a Romeo-and-Juliet-type story of lovesick teenagers. On this song, the amazing skills of qanun player Naeem Shanwar feature in thrilling runs on the ancient 78-stringed instrument (4,000 years old and counting). Shanwar works tirelessly to teach children how to play the qanun while at the same time expanding the instrument's repertoire, including adapting Vivaldi's Four Seasons Concerto for the qanun.

The album has surprises, too. Abdul Karim's Tango would not be out of place in Buenos Aires but in this case, the accordion and the qanun take the place of the bandoneon. The song was written by one of Syria's most renowned composers, Abdul Karim, who was sometimes called "the Paganini of the bouzouki". Also of note is the dreamy final track, Dialogue Intimes, which the liner notes say "plunges the listener in a musical bath reminiscent of a snake charmer".

This is a terrific debut from a group of musicians who are determined to keep their musical traditions alive, despite the hardships and challenges of living far away from their homeland.

Long-time readers may remember a column on Ensemble Kaboul, a group of exiled Afghani musicians who founded the band in Paris in 1995 and have performed all over the world. Ensemble Kaboul performed at the annual WOMEX music trade fair, which brought them to international audiences. Let's hope that Taraf Syriana gets a similar opportunity.

Molam fans at Wonderfruit are in for a treat as the Molam Bus is currently being revamped and updated with a new exhibition -- "Molam Bus" -- for the festival, from Dec 15-18. The Molam Bus stage will feature three acts each evening of the festival, programmed by DJ Maft Sai from Zudrangma Records. The Paradise Bangkok Molam International Band will perform on the stage as well. Be there or be square!