Exciting changes to the Bangkok skyline in 2023

Bangkok is an ever-changing city and 2023 will be a testament to that as many new buildings and projects spring up. From a new shopping mecca to an urban park, Guru brings you a list of mega projects that will launch in 2023.

Opening in the first quarter of 2023 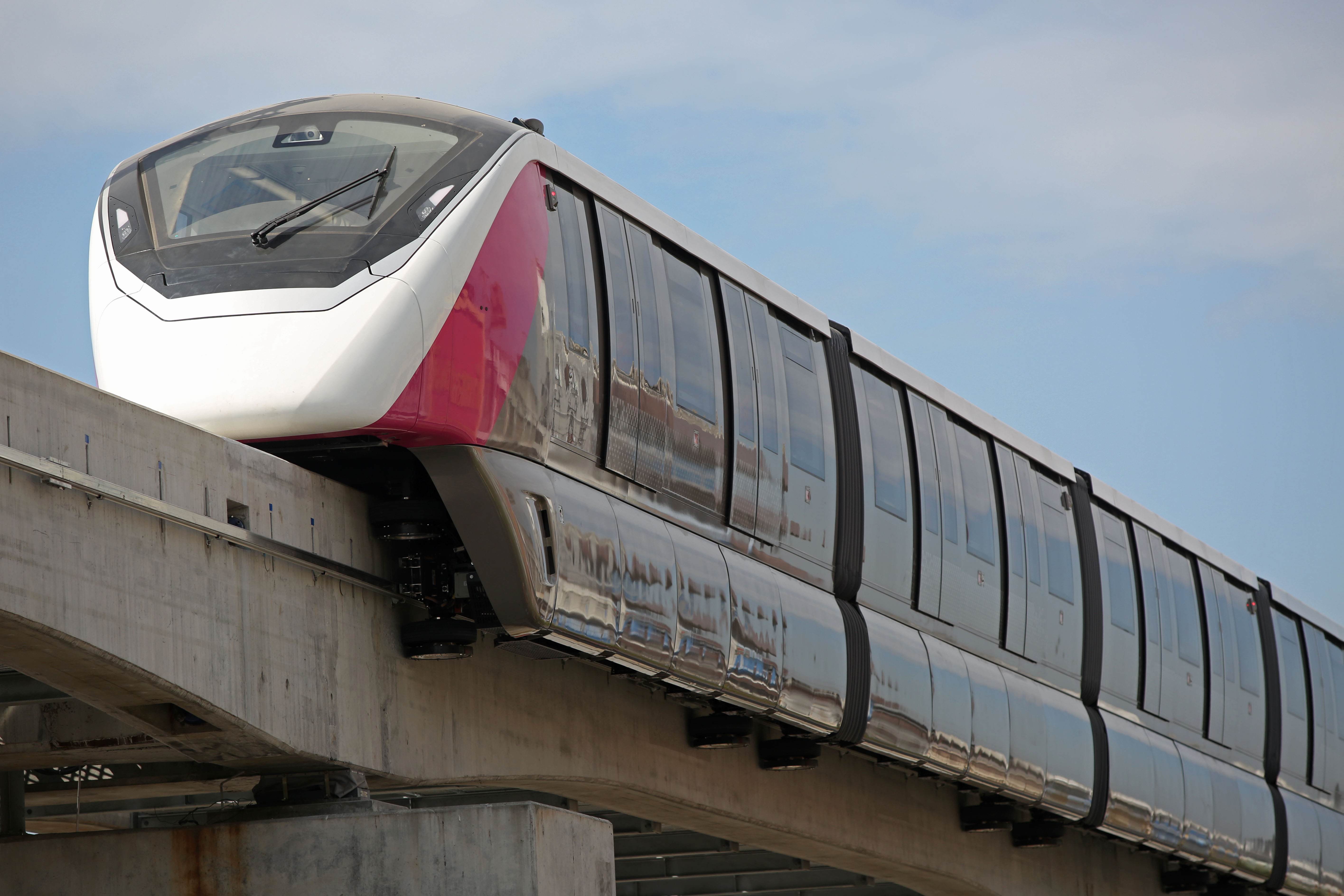 Opening in the fourth quarter of 2023 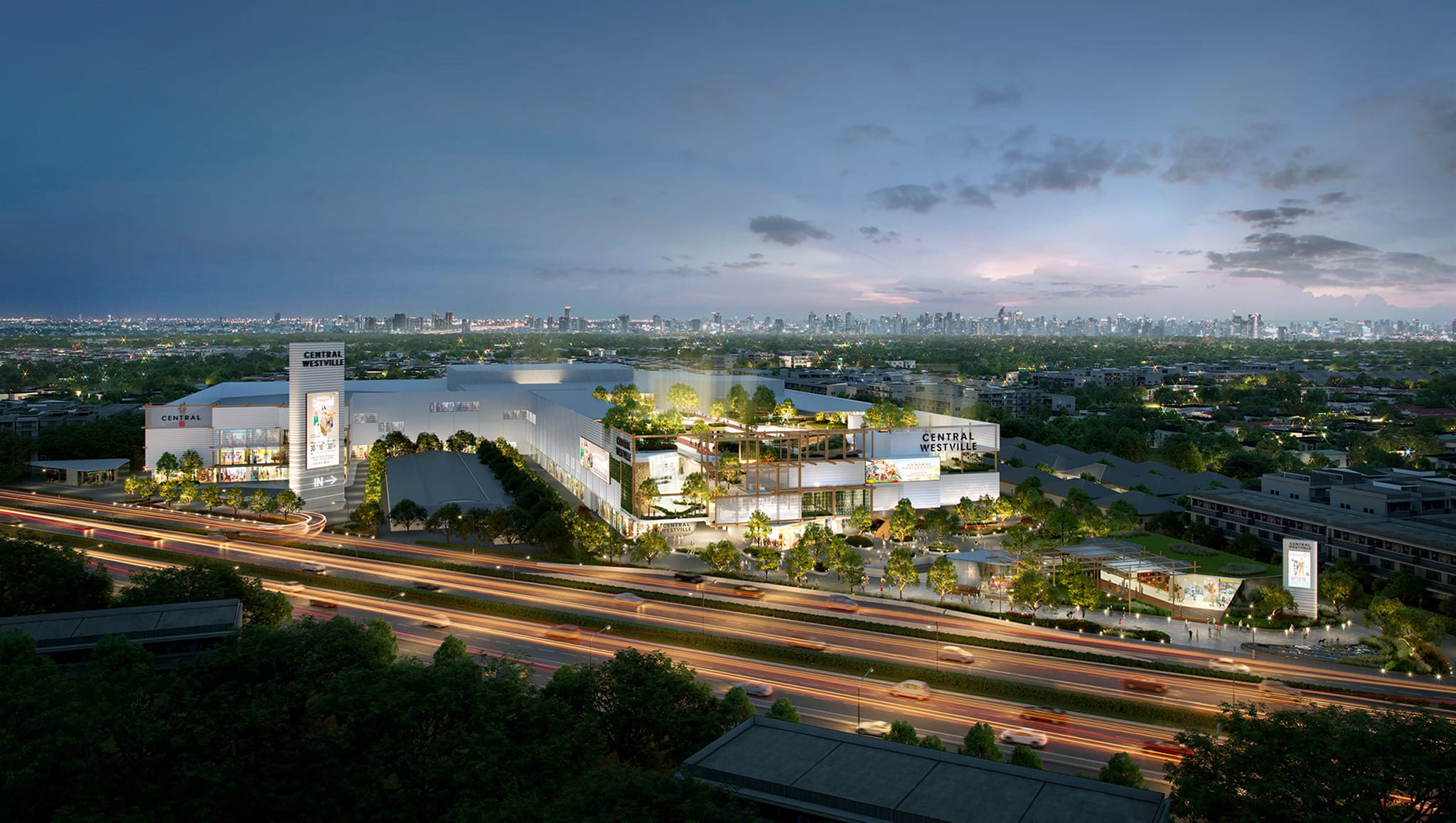 The residential neighbourhood of Ratchaphruek on the Thon Buri side of Bangkok couldn't be more excited about the coming of Central Westville. The shopping mall promises to be a new lifestyle landmark for everyone. More than 300 shops and restaurants will be housed inside a four-storey building with an outdoor space on Ratchaphruek Road. Central Westville and its sister branch, Central Eastville, share not only a semi-outdoor concept but also a pet-friendly policy. Based on its architectural renderings, the upcoming mall shows a minimalist aesthetic through its structural design and material selections. Trees and vertical gardens, as well as waterfalls and ponds, provide a sense of calm. The outdoor area seems to be the highlight for families with kids or furry friends, where they can create memories together at outdoor eateries and playgrounds. Visit centralpattana.co.th. 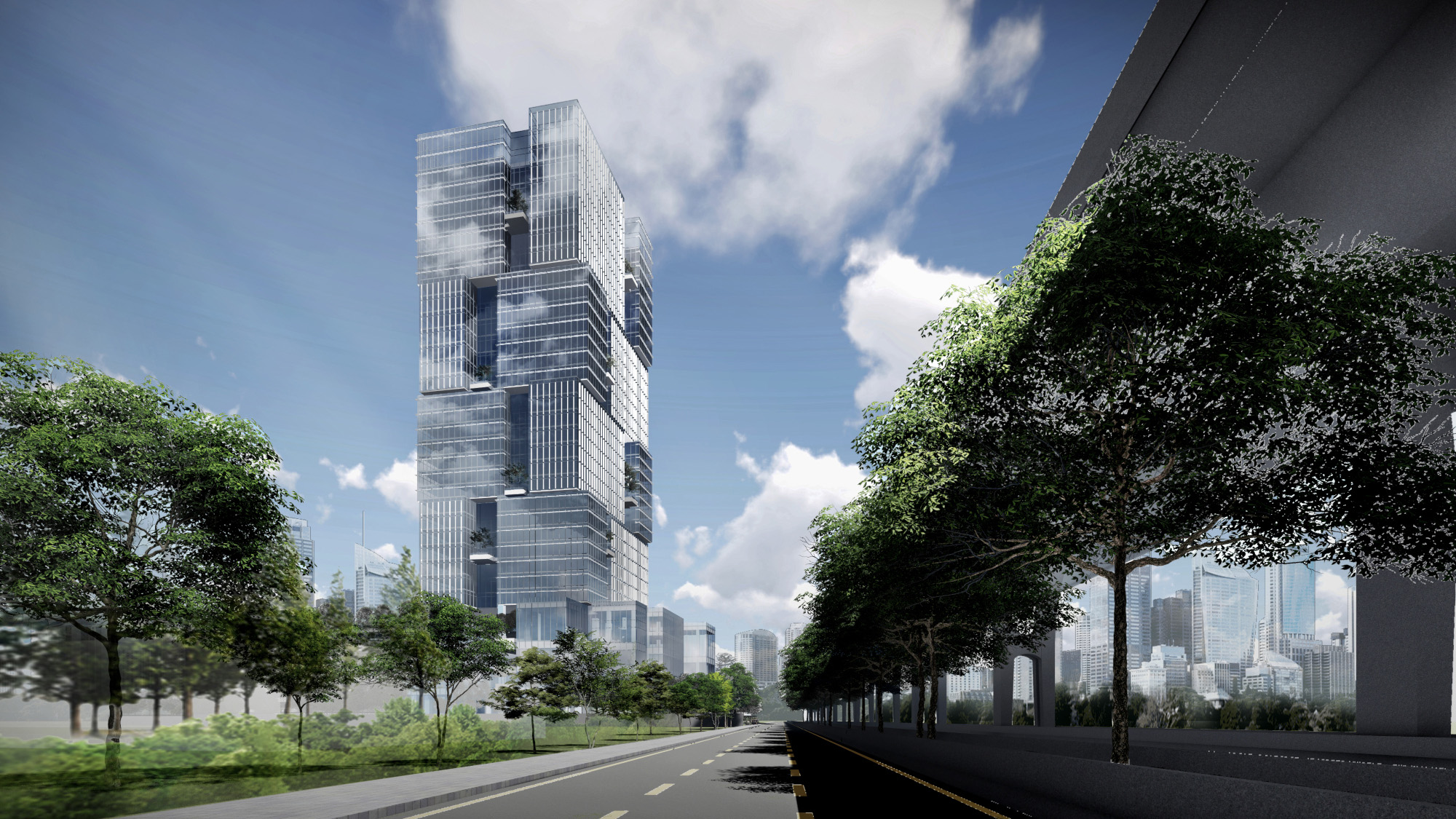 Besides AIA Capital Center and AIA Sathorn Tower, AIA East Gateway will mark AIA Thailand's first-ever office outside Bangkok's CBD district. The brand-new establishment on Bang Na–Trat Road features a smart design, built with a sustainable approach while also taking users' modern lifestyles and convenience into account. It earned an award for featuring one of the best office landscape architectural designs in Thailand at the 15th Property Guru Thailand Awards in 2020. More like a lifestyle hub, AIA East Gateway boasts retail stores, a fitness arena, co-working spaces, gardens and offices inside a 33-floor edifice. The construction of AIA East Gateway has just been completed. Stay tuned for the grand opening. Visit aiaeastgateway.com. 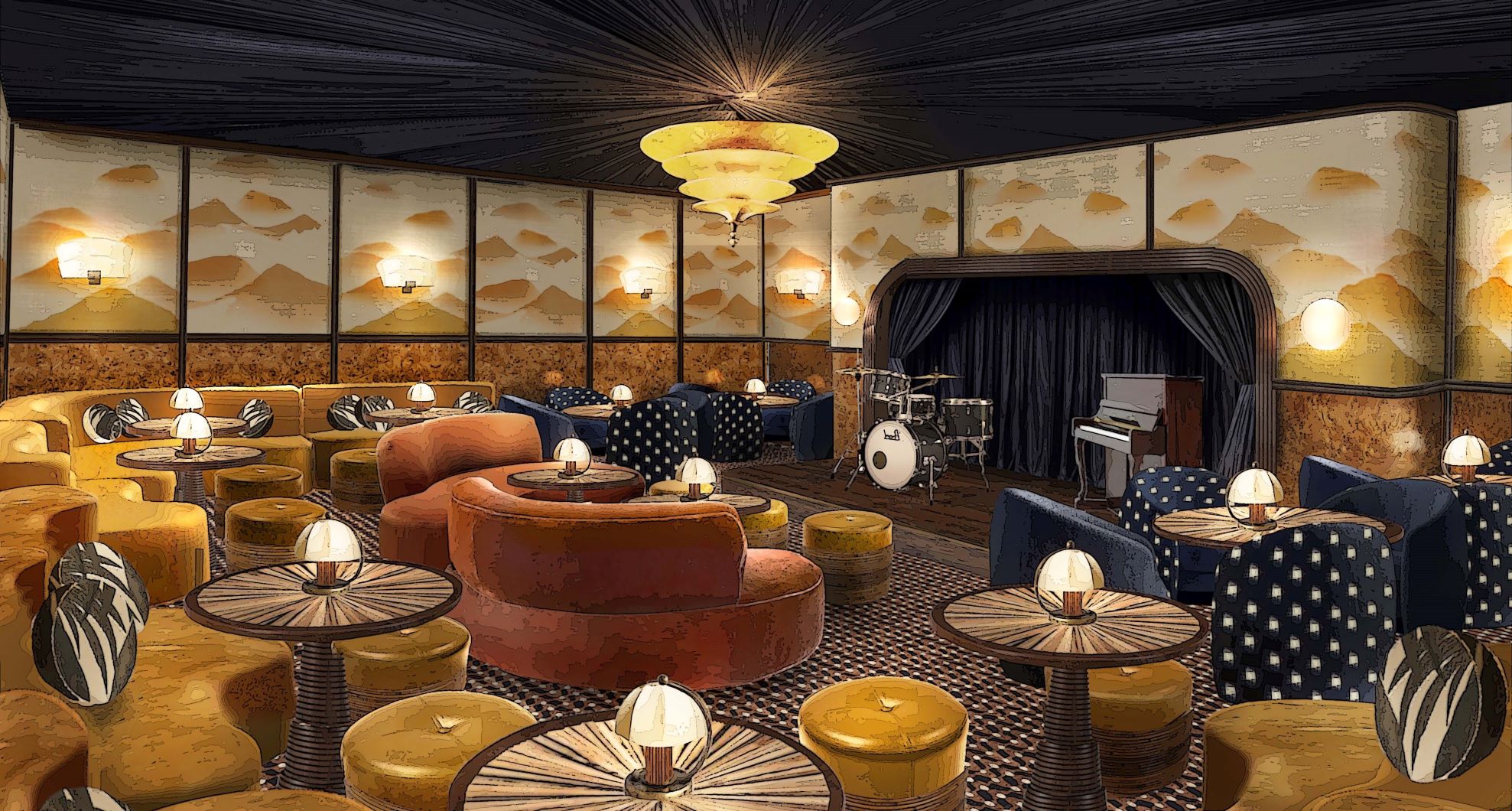 Soho House has made its way to Bangkok and is slated to raise the curtain soon into the new year. Marking the first club in Southeast Asia, Soho House Bangkok will be in a colonial-style structure that formerly housed The Eugenia on Sukhumvit 31. The club was founded in 1995 by British entrepreneur Nick Jones. His vision for Soho House is to create a home-away-from-home environment for a fruitful community of creative people. The Bangkok chapter will follow in the footsteps of its sister properties by tailoring its concept and design to reflect the unique characteristics of the locality and culture of its city. 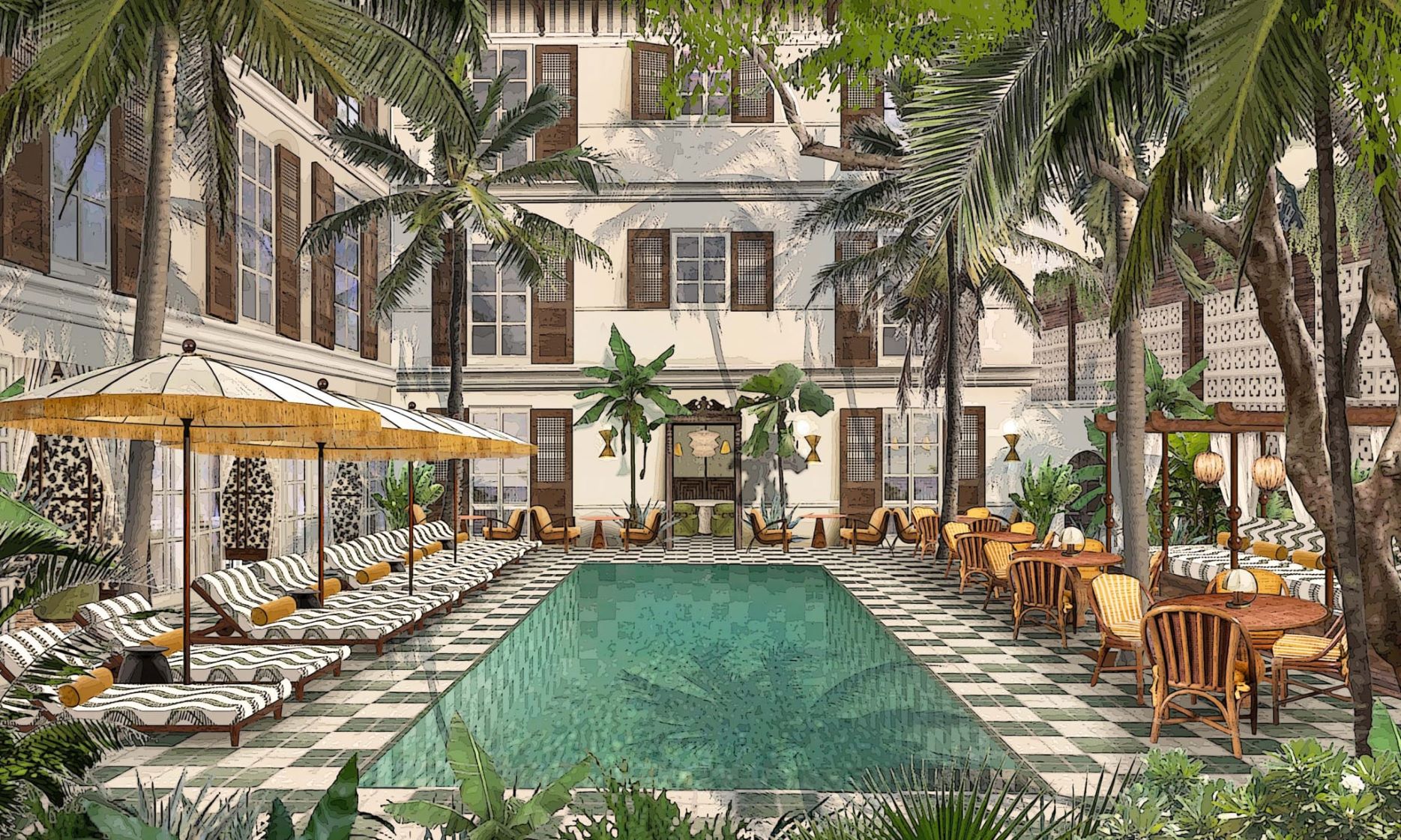 “Laid-back" is the perfect word to describe a typical day for members. There will be a Garden Bar, where members can bask in the sunlight while sipping drinks in a spacious outdoor setting. Also offering tropical vibes is the Pool Garden, which is surrounded by lush greenery. The pool area has a distinct checkered marble flooring that extends all the way to the 12-metre pool, with daybeds. Soho House classics and local recipes will be whipped up by the House Kitchen, where members can dine indoors or al fresco. Membership costs B135,000 a year and gets you the "Every House" membership so you can visit all Soho Houses worldwide. The "Local House" membership gets you access to Soho House Bangkok for B60,000 annually. Visit sohohouse.com. 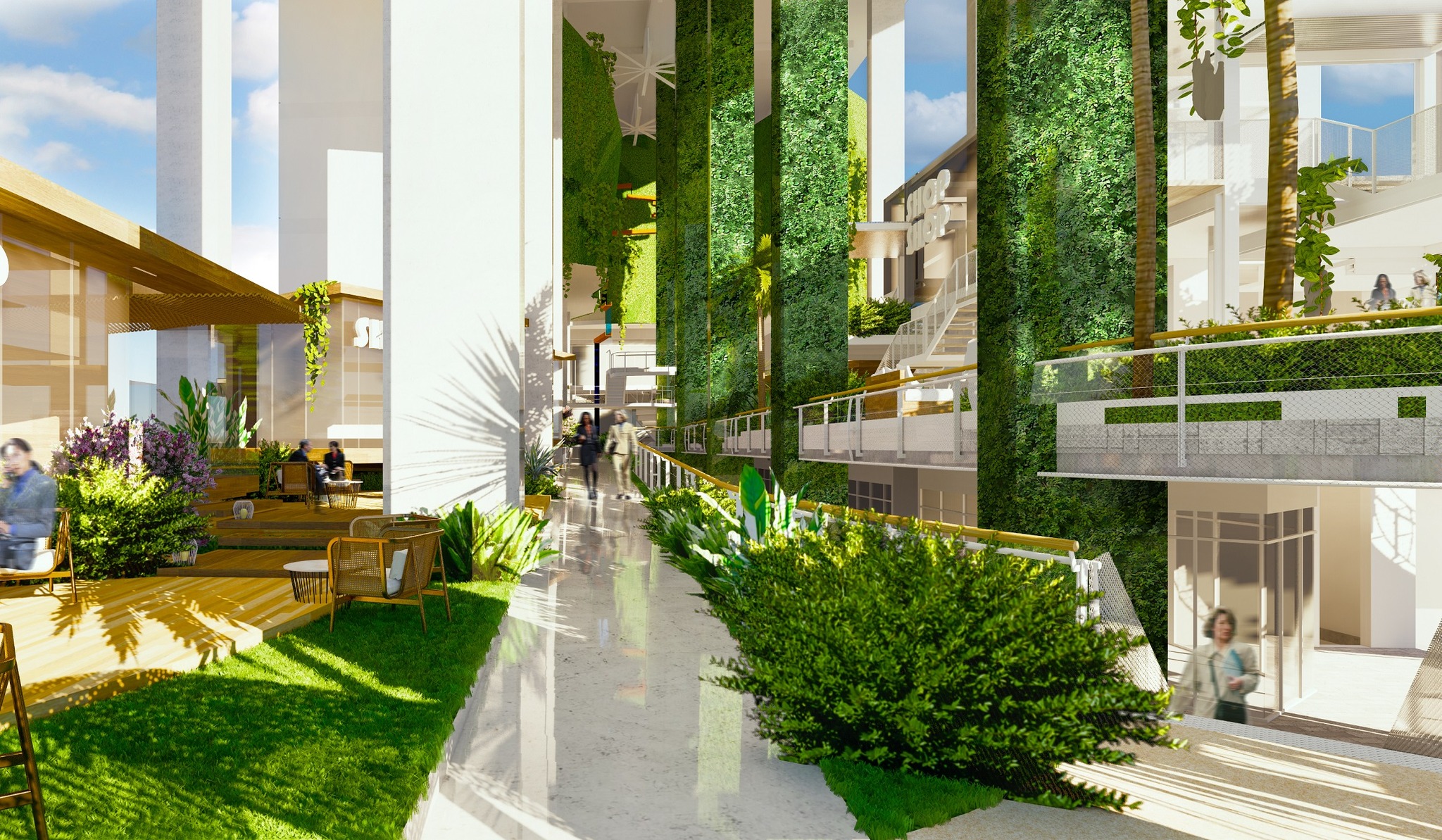 Plenty of community malls are on offer for residents of bustling Thong Lor, but none can compete with the size of the upcoming Marché Thonglor. Look for a construction site between Thong Lor 4 and 6, and you’ll catch a unique design of the shopping mall, featuring three towering columns that will spring to life as a vertical garden. 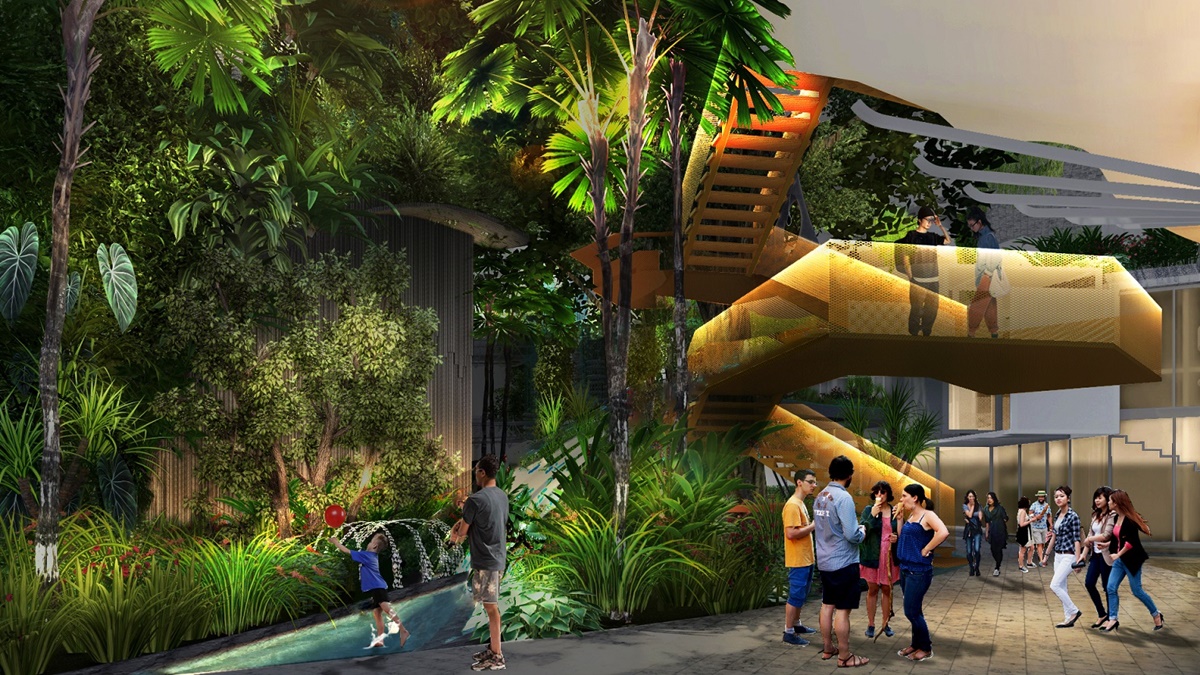 The property is touted as a one-stop destination for every lifestyle. "Podium" is the five-story shopping mall, where shops are divided into different categories on each floor, such as grab-and-go, fashion and lifestyle, and clinic and wellness. Expect new dining and hangout spots on the fifth floor, which doubles as a rooftop, with more than 50 restaurants and bars on offer. Another feature that sets Marché Thonglor apart from other properties is its massive pet-friendly park, which will be called a "vertical oasis". It gets city dwellers in touch with nature through outdoor and indoor gardens, and a versatile courtyard where events and activities can be held. It also boasts a 24-hour parking space with a capacity of 425 cars over three basement levels, which will soon be the largest parking lot in the block. Visit fb.com/marchethonglor. 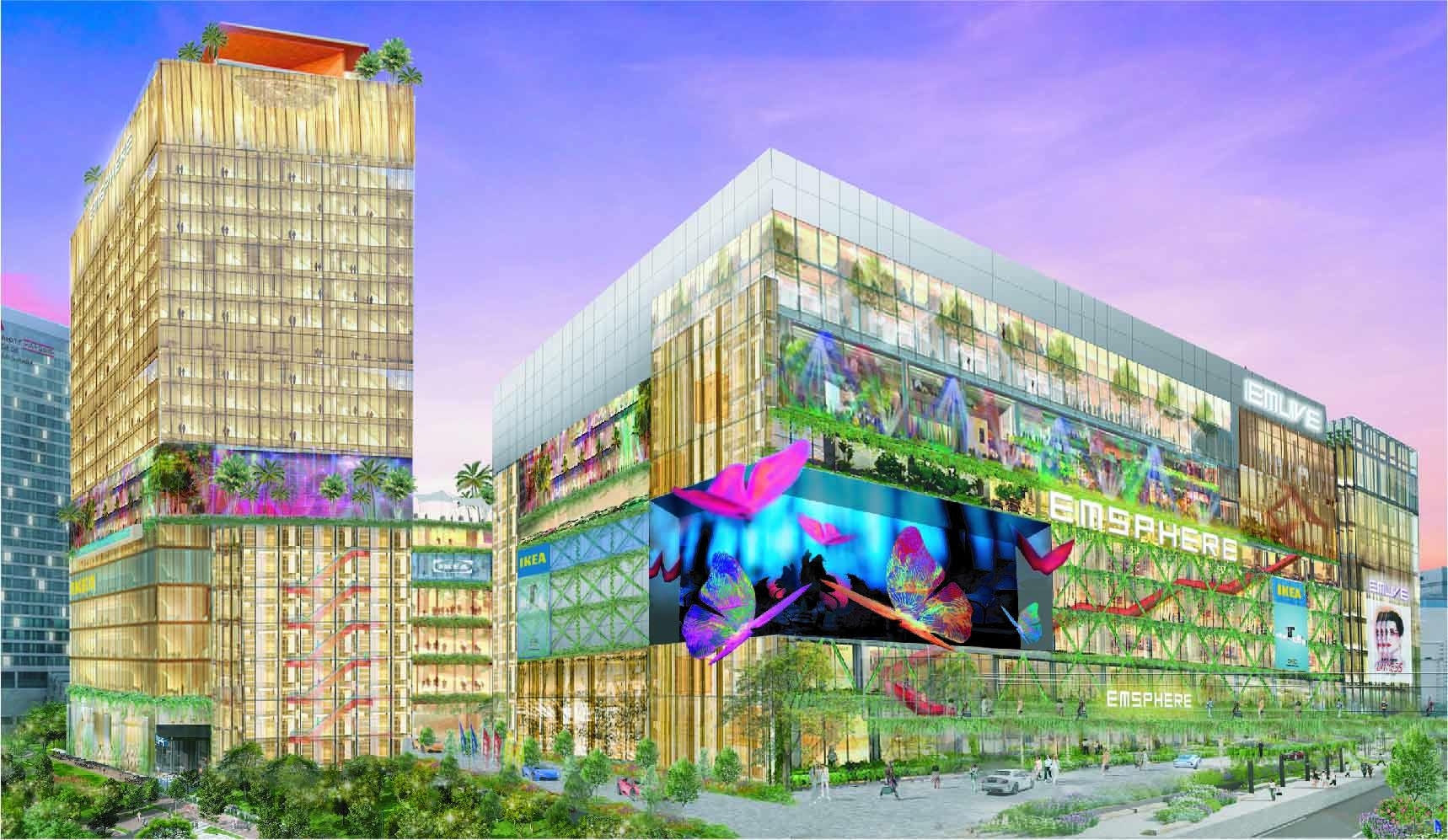 The Emsphere will be the last piece of the puzzle to complete The Mall Group's Em District, which comprises The Emporium, The EmQuartier and The EmSphere. Located next to Benchasiri Park, The Emsphere is a mixed-use project that has been developed under the concept of "Future Retail". Beyond a lavish mall that boasts luxury fashion, lifestyle brands and upscale dining, this property will house Swedish furniture giant Ikea and Em Live, a 6,000-seat entertainment arena. The third location of the official Apple Store and Tesla's first showroom will be housed there, as well. A new skywalk will be constructed to connect Em District's three components, promising a seamless shopping experience. We can’t wait for The Emsphere to open shop, as the lifestyle mecca will also be home to everyone's favourite American burger joint Shake Shack. 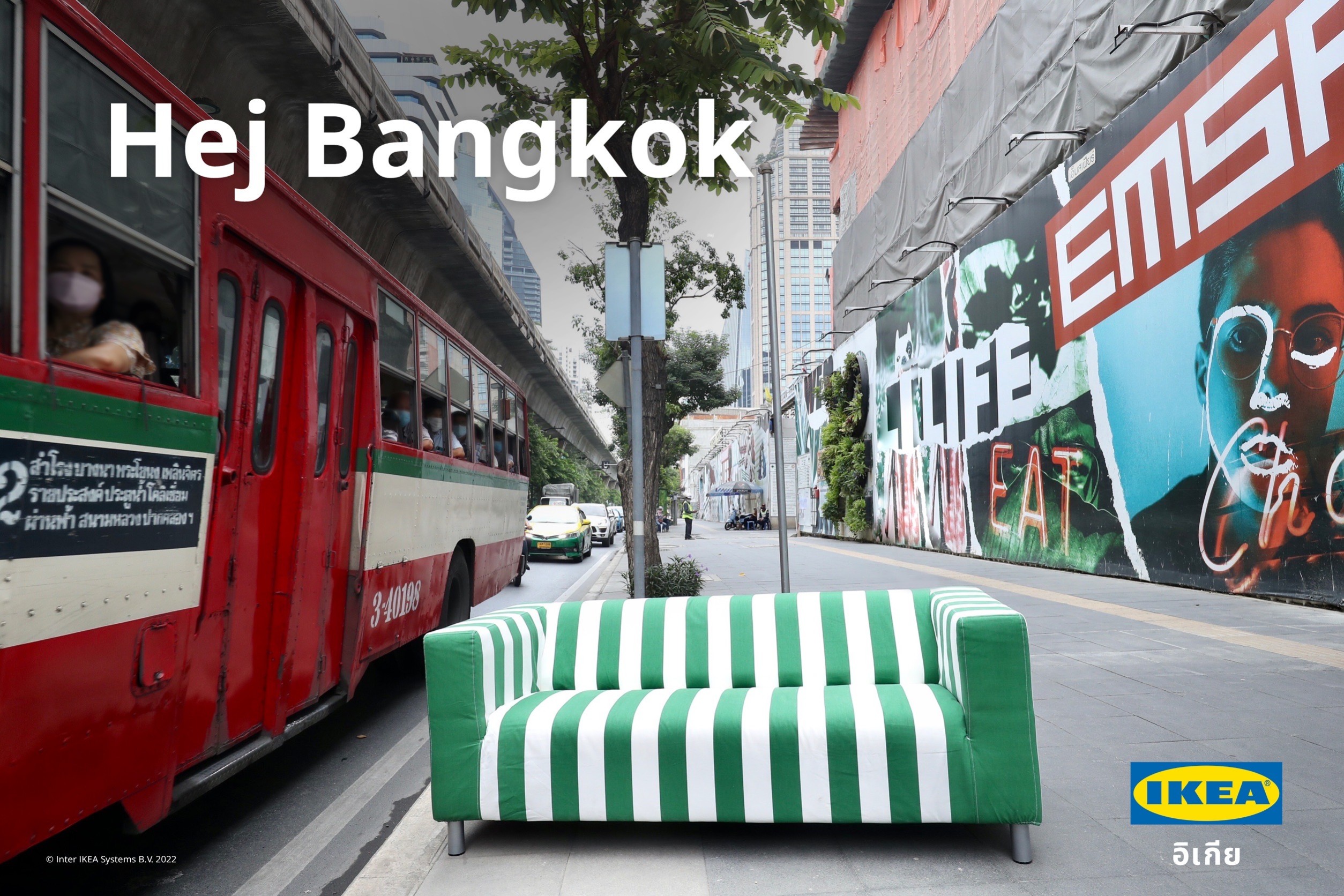 As mentioned above, Ikea Sukhumvit will debut as the brand's first city centre store in Southeast Asia. Taking over the third floor of The Emsphere, the new urban establishment marks the first partnership between Ikea Thailand and The Mall Group. It will be packed with Ikea favourites, with a complete variety of room sets, the market hall and an Ikea restaurant. Unlike the stores in Bangkok's suburbs, the store will occupy a smaller area and will display a wider selection of appliances, decorations and furniture that customers can carry home themselves. For anything larger, there is online shopping at the Click & Collect for home delivery. Visit ikea.com/th. 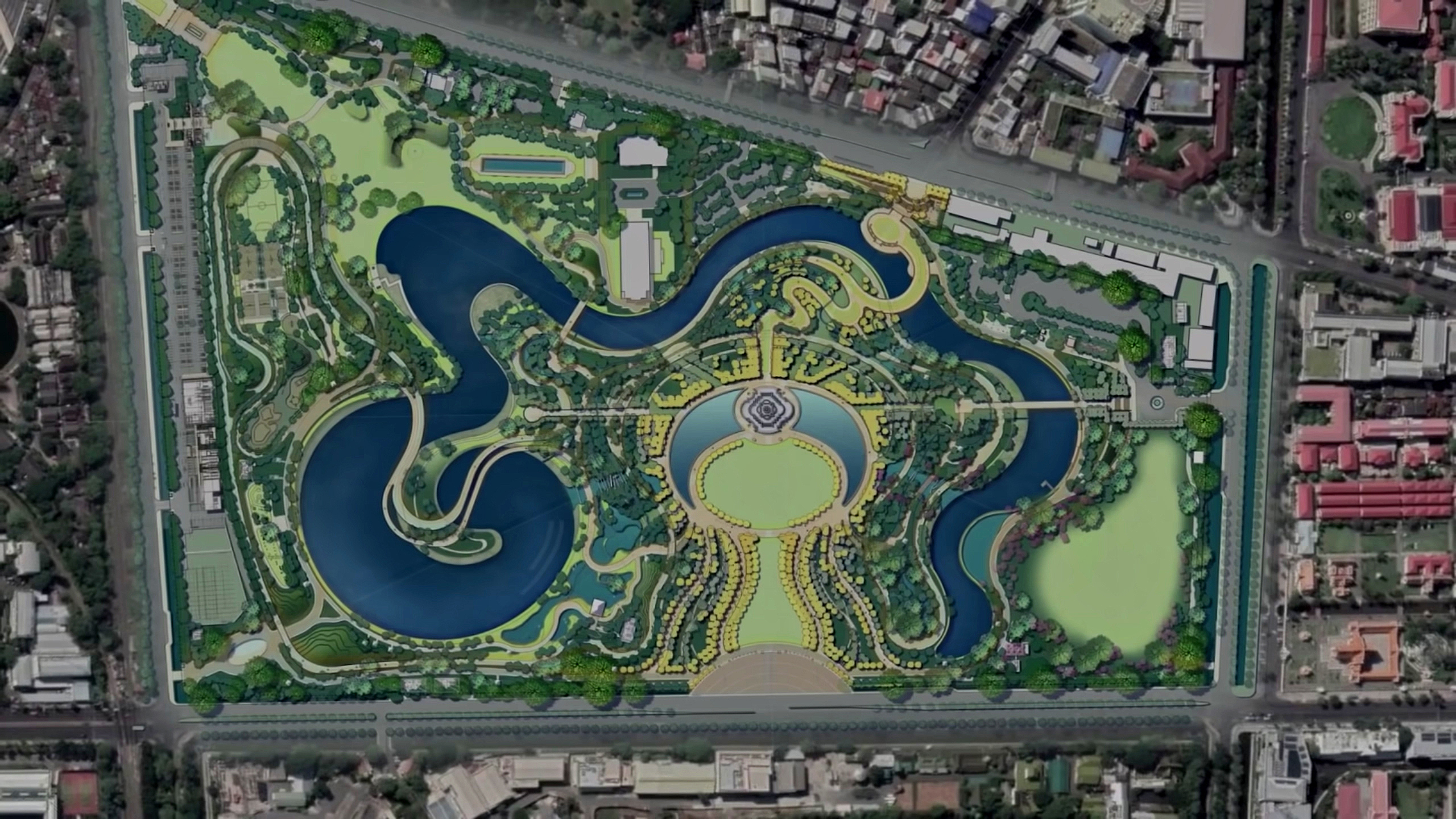 Remember the Nang Loeng Racecourse? The historical horse racetrack will return as a new green lung of Bangkok by 2024. The public park is one of the projects under the royal initiative of His Majesty King Rama X and Her Majesty the Queen. Named "King Rama IX Memorial Park", the park is a nod to the late King Bhumibol and Her Majesty Queen Sirikit, the Queen Mother. The Royal Household Bureau has revealed a blueprint of the memorial park, where a monument of King Rama IX, as well as a pond and a bridge in the shape of the Thai number nine, will be presented as a tribute. The park is expected to have a sustainable ecosystem, as it will be built around the principles of the royal initiatives on forests and natural water systems. 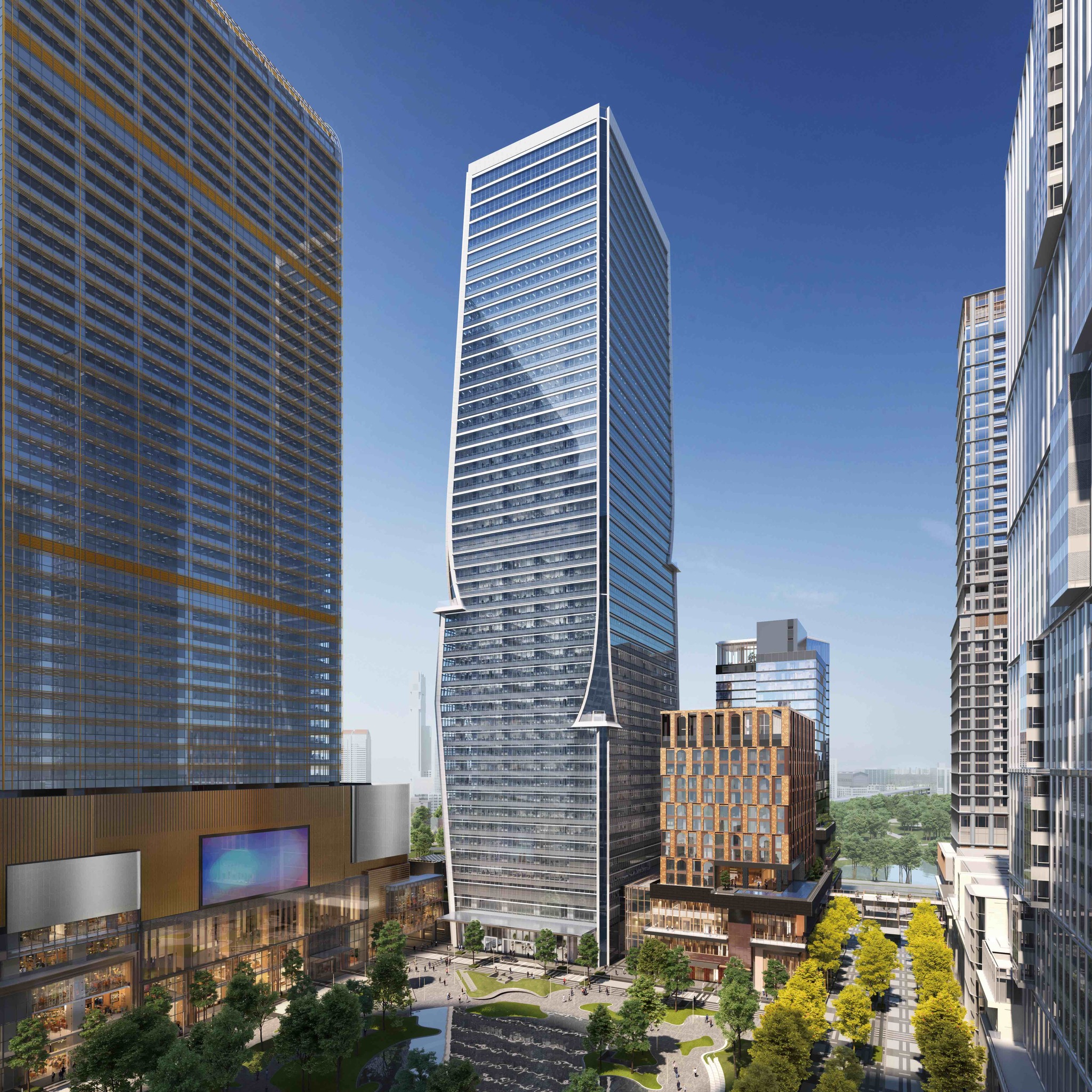 One Bangkok will be a fully-integrated district at the corner of Rama IV and Wireless roads, offering breathtaking views of Lumphini Park and the city skyline. To put One Bangkok in numbers: total land area is 166,400m², green and open spaces will be 80,000m² and the gross floor area is 1.83Mm². The district will contain a diverse mix of spaces — offices, shops, restaurants, hotels and residences — with educational, social and leisure, fitness and wellness facilities. It also aims to become the first Leed-Neighbourhood Development in Thailand at a Platinum level. It will also debut an Andaz with a 244-room luxury lifestyle hotel, expected to open in the fourth quarter of 2023. One Bangkok will provide walking trails, concert venues, activities and event spaces for a "captive population" with a discernible strategy of fostering a contained community. To set One Bangkok apart, art and culture are at the forefront of the development plan, with one sculpture being constructed from the mast of the old radio building preserved in close collaboration with the Fine Arts Department. Visit onebangkok.com. 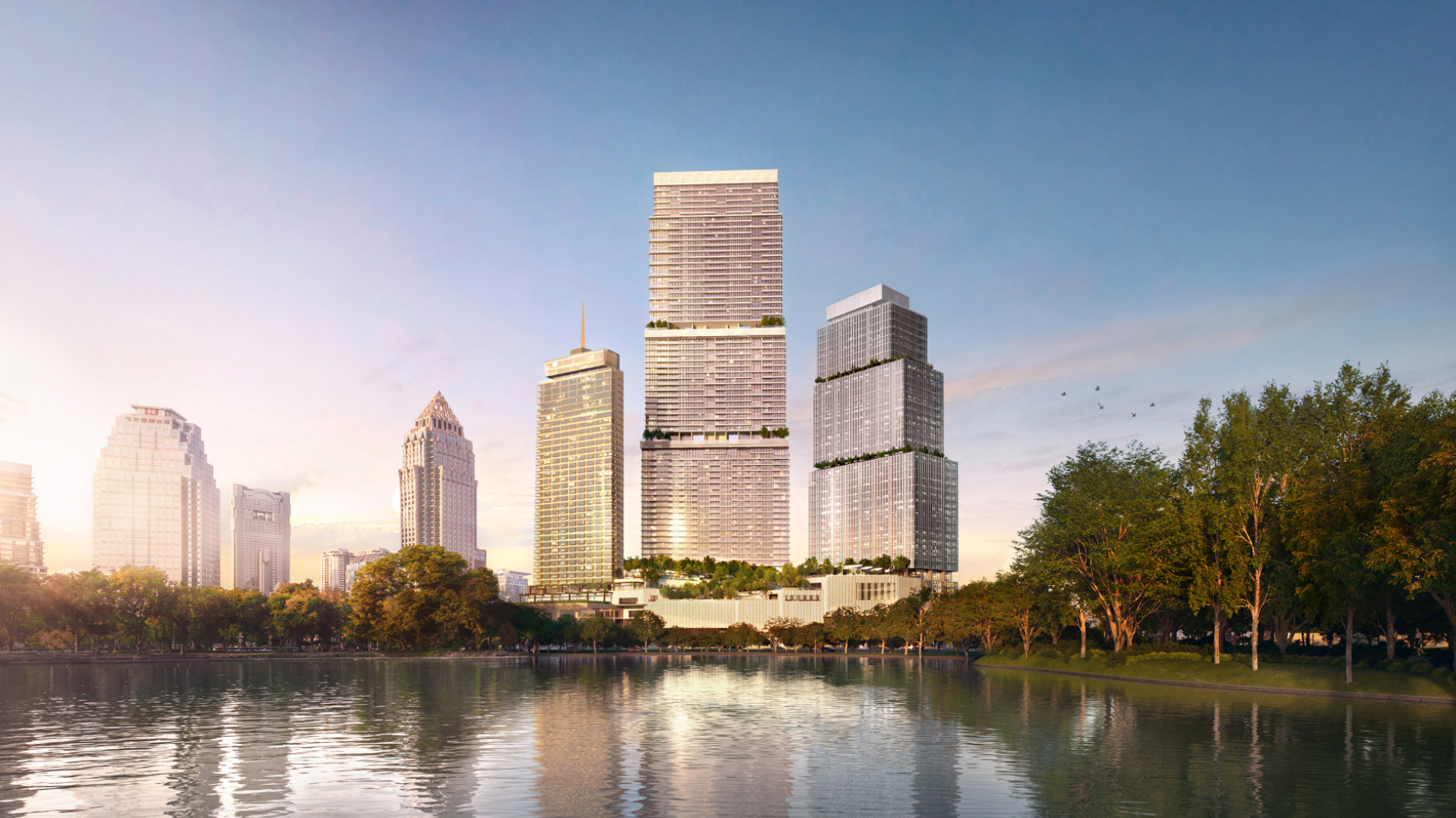 Just a few blocks away from One Bangkok, Central Group is constructing their own mixed-use project, Dusit Central Park, on the site of the old Dusit Thani Hotel. Dusit Central Park is also a mixed-use development covering an area of more than 23 rai and due for completion in stages by 2025. Dusit Central Park is expected to open in three phases with the first one being Dusit Thani Bangkok hotel. Designed to preserve the rich architectural and artistic heritage of the original hotel, the new 39-storey, 250-key Dusit Thani Bangkok will feature a modern-yet-familiar design that incorporates significant elements from the original hotel. Set to open shortly after the hotel, in 2023, are Central Park Offices, a professional hub spanning 90,000m² and providing the ultimate in technology and connectivity for innovative start-ups and large companies alike; and Central Park Shopping Complex, a luxury shopping complex designed to connect and create a "new urbanised lifestyle" providing never-before-seen retail experiences of the future. The mall will feature iconic international and local brands, a Rooftop Park and an expansive outdoor leafy retreat. Set over 69 storeys, the 389-key residences will be divided into two distinct sections — Dusit Residences and Dusit Parkside. Dusit Residences will comprise 159 luxurious, spacious units on the uppermost floors of the building, while Dusit Parkside will comprise 230 contemporary-styled units. Visit dusitcentralpark.com.