Not even a month into 2023, we have had several great losses in the world of music and entertainment. Earlier it was iconic rock guitarist Jeff Beck, and now we have learned legendary singer-songwriter David Crosby has died at the age of 81 after a long illness.

The death of Crosby was announced by his wife Jan Dance last Thursday in a statement to Variety: "It is with great sadness after a long illness that our beloved David Crosby has passed away. He was lovingly surrounded by his wife and soulmate Jan and son Django. Although he is no longer here with us, his humanity and kind soul will continue to guide and inspire us. His legacy will continue to live on through his legendary music, peace, love and harmony to all who knew David and those he touched."

For decades Crosby was a genre-defining figure in music, including as a founding member of folk-rock pioneers The Byrds, who scored several No.1 hits including 1965's Turn! Turn! Turn! and a cover of the Bob Dylan song Mr. Tambourine Man. In 1968, Crosby co-founded the rock supergroup Crosby, Stills and Nash with Stephen Stills of the band Buffalo Springfield, and Graham Nash of The Hollies. The group blended the sounds of country folk and rock, along with political consciousness and harmonious vocals. Canadian musician Neil Young would later join the band in 1969. The group released three No.1 albums and toured for decades. Crosby also released six solo albums. He was inducted into the Rock & Roll Hall of Fame twice, as a member of The Byrds in 1991 and in 1997 with Crosby, Stills and Nash. 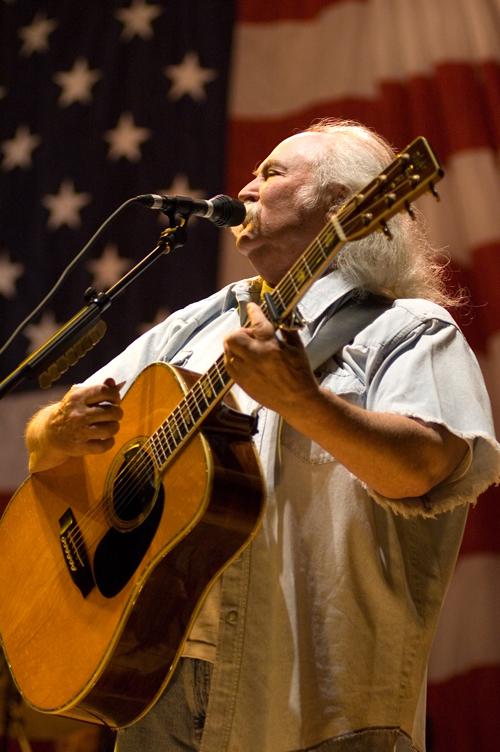 Over the course of his career, Crosby played and sang on several classic songs, including the aforementioned Turn! Turn! Turn! and Judy Blue Eyes. Here's a look back at five essential compositions by David Crosby that you can listen to on YouTube or Spotify right now.

Written by Crosby and Roger McGuinn, I See You is an unconventional rock tune with a rushing rhythm and melody that shows the writing duo's shared interest in Indian psychedelic music and John Coltrane's jazz.

Co-written with the late Gene Clark and Roger McGuinn, the song is widely considered as The Byrds' most revolutionary moment on record. Crosby is responsible for the lyric, "Rain grey town, known for its sound", which is about the band's first visit to London in 1965.

Written for the band's fifth studio album, The Notorious Byrd Brothers, which marked the Byrds' turn towards country rock. The song features Crosby's lyrics about a ménage à trois, but it didn't make it onto the album. The controversy was said to have spurred Crosby's leaving the group. Following his departure from The Byrds, Crosby gave the song to the band Jefferson Airplane, who included a recording of it on their 1968 album Crown Of Creation.

Crosby had a lifelong fondness for boats. Written with Stills and Paul Kantner of Jefferson Airplane, Wooden Ships emerged at the height of the Vietnam War, a time of great tension between nuclear-armed rivals the United States and the Soviet Union. It's a sad but hopeful post-apocalyptic scenario.

A beautiful and dreamy folk song with amazing vocal harmonising. Laughing was taken from some of Crosby's demos made during his final days with The Byrds. The track features guitar and pedal steel from the Grateful Dead's Jerry Garcia, with Joni Mitchell on backup vocals.