'Evil man from krabi' And the culture that created him

The alleged sexual assault and beating of a Dutch tourist in Krabi wasn't rape in the eyes of the tourism minister because she knew the guy and this outlook, sadly, is not the warped view of one individual

There is a popular soap opera that pops up from time to time on Thai TV called Chamloei Rak or Prisoner of Love. 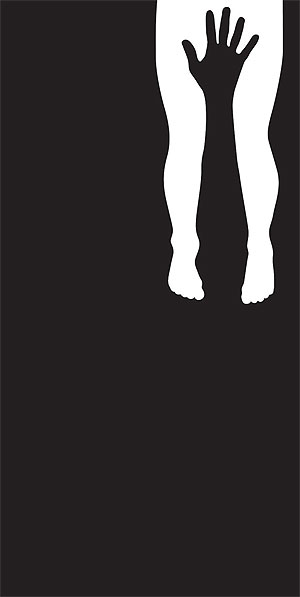 We call them "soap operas". The Thais call 'em "stinky water" and believe me, the water doesn't get much stinkier than in the melodramatic storylines of this TV drama.

Early on in the story the pretty female lead is captured, tortured and raped by the leading male character. So what does she do? Call the cops? Purchase some garden shears then go on a rampage that leaves the guy a lifetime member of the castrati?

Nothing of the sort. With violins rising in the background, and the actress gazing out into the night sky, she resolves to work hard to change him. Make him a better man.

At this early point in my column we must leave Prisoner of Love, but fear not. We shall return to it by the last paragraph, because I am sure you are dying to know what happened in the end.

I am writing this from Krabi in the south of Thailand where the Andaman Festival, the official start of peak season, kicked off last Tuesday night.

Amid the fireworks and grilled chicken stands, however, a cloud has descended upon the Krabi tourism industry in the form of the alleged rape of a 19-year-old Dutch tourist in July.

If you thought the futsal stadium was bad for Thailand's reputation, wait till you hear this.

The woman was celebrating her birthday at the Chang Beer Bar at Ao Nang with her boyfriend and a Thai man. The boyfriend went home early. The Thai man offered to drive her back.

The woman ended up in a local hospital saying she'd been raped. The Thai man fled the scene, as Thai men are wont to do when they do something wrong. He finally showed up and was charged, went to court and was released on bail.

This release enraged the girl's father, who made a music video called Evil Man From Krabi. In it, he stomps around the countryside in trench coat, rifle and hat to a reggae beat. His fury is as manic as it is understandable.

What followed was, to many, as shocking as the crime itself.

Tourism Minister Chumpol Silpa-archa made an outrageous comment that ricocheted around the world.

There was more to this crime than met the eye, he said knowingly. This girl knew the guy and even had dinner with him on the night of the attack. It couldn't, therefore, be rape.

How can somebody make such an official comment? Is Mr Chumpol in chauvinistic dreamland? Or is something else going on here?

In the West we have "consensual sex" and "rape". You either agree to it or you don't. If only things were so black and white in Thai culture. Because somewhere in the middle of those two is plum, pronounced like the fruit.

I first heard this word 15 years ago as a work colleague explained the story of a soap opera to me, though not Prisoner of Love.

Just about every TV drama in Thailand has a plum scene, since it contains all the ingredients necessary to a soap _ shock, violence, screaming, glimpses of naked flesh and, of course, sex.

"The man wants to set up a business with the woman, so he plums her," I was told.

I had no idea what my work colleague was taking about.

"Plum," he reiterated, frowning a little. "It means, like, like he takes the girl and sleeps with her."

"It means having sex?" I asked.

"Stop repeating the word. You're telling me he forces her to sleep with him, yet it's not rape? Is he offering her money?"

"Of course, and we can't have that. And what happens after he plums her?"

"Now that she has slept with him, she has to do business with him. She is bound to the guy."

It took me a while to figure out that plum is forceful seduction. A woman makes it known she likes a guy, but social mores make it difficult for her to take it a step further.

A romantic Thai man thus takes the only recourse possible _ he forces himself on the woman. The deed having been done, they can get on with having a relationship.

So is it consensual? Now that's a hard question. The woman may not be consenting, but once it is over, she has a bond or relationship with that man which is something she may have wanted from the start.

Thus we have the outrageous soap opera situation of a woman being forced to do business with the man who raped _ plummed? _ her for the sake of saving face.

Oh, did you hear that just then? That was the echoing sound of the gaping chasm between Thai and Western culture creaking, as the two cliffs shift even further apart, and the chasm plunges deeper.

To summarise: There are two separate verbs in the Thai language _ if you know the guy, then he will plum you. If he is a total stranger, then he will khom kheun you.

That second word has a dark, foreboding meaning as nasty as "rape" in English. It is an all-out assault on a helpless woman, often ending in murder in this country in order for the man to escape detection.

There's nothing cute about rape, and the act is rarely seen in Thai soapies. In the eyes of Thais, this is the deranged sex fiend jumping out from behind the bushes.

This is why Chumpol Silpa-archa and others can make comments like: "She went to dinner with him so it can't be rape."

He's not being a total fool. As odious as that line of thinking may appear, he is making it from the context of a society that separates the act based on familiarity of the assailant.

I'm not even touching the logical progression of this line of thought; that it's OK for a man to force his way onto a woman who flutters her eyelashes at him. This is an age-old patriarchal culture where a flirtatious woman can still pay a terrible price.

Thais are getting educated, though, and it won't be long before the concept of plum goes the way of other Thai customs such as slavery, torture devices outside parliament and a wife praying to her husband each night before getting into bed with him.

And what of that poor woman in Prisoner of Love? The one who resolved to change the man for the better after she had been plummed (the past participle of plum for all you grammar aficionados)?

She did change him. He realised the error of his ways. He realised what a good woman she was and fell in love. And they lived happily ever after.

I was right. Water doesn't stink much more than that.