Breaking with the bad

For more than a decade, Somchai Kemglad has made a reputation as a big screen gangster but he steps away from the dark side in 'Sarawat Maba', playing a renegade detective out for justice

Somchai ''Tao'' Kemglad is going straight. The actor who has carved out a reputation for himself as the go-to bad guy in Thai film over the past decade is now on the other side of things, starring as a detective bent on justice in MR Chalermchatri ''Adam'' Yukol's debut film Sarawat Maba. 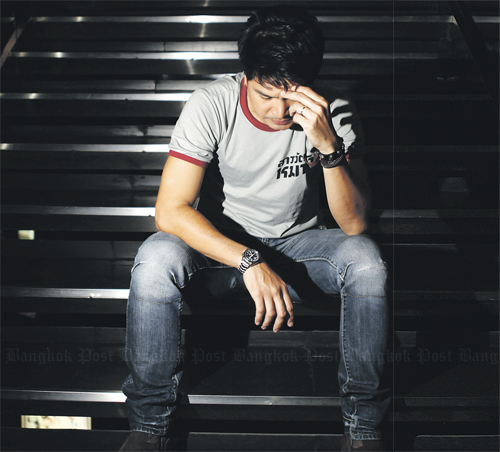 Tao's personal life has often been just as chequered as those of the characters he plays. He is used to being in the headlines for all the wrong reasons _ most recently in 2009 when he was arrested for assaulting a grocery store owner in Chiang Mai.

For the 39-year-old actor, Sarawat Maba reflects both a professional and personal transformation. Tao says it shows his ability beyond the roles he is typically typecast to play and also shows how much he has moved from his darker, earlier days.

''I've been there, done that. But I'm in a different place now. Looking back, I don't regret, because it made me who I am. I'm a survivor,'' he says. ''One director said to my face that I would never be hired to play a good guy again in a lead role. This film proves him wrong.''

Tao did just that with his role as Inspector Wasan in Sarawat Maba (Mad Dog Inspector), which opens on July 4.

The film, directed by Adam Yukol, son of Thai cinema legend MC Chatrichalerm Yukol, is set in the 1980s and follows the story of a renegade policeman charged with finding the killer of a government minister's daughter. His superiors give him three days to find the killer and the closer he gets, the more he and everyone around him come in danger. 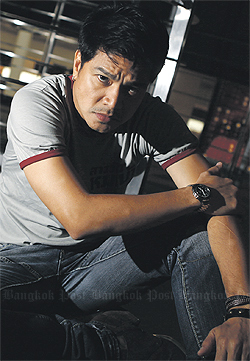 While Tao is on the side of justice in his latest film, as the title might suggest, Inspector Wasan is not exactly a mild mannered detective making polite inquiries.

Tao sees Wasan as a rough, abrasive and stubborn, middle-aged man whose confidence and bearing might lead some to dismiss him as a rogue policeman. However, beneath that veneer Wasan has a big heart and is passionate about his work and protecting the innocent.

The director Adam met Tao at a gym prior to casting the film and immediately realised that this ''angry looking actor'' was perfect for the role of an aggressive policeman.

''I inquired whether the police detective would be an honest one. When he said he would, I didn't hesitate to take it,'' Tao says.

Tao is no stranger to the world of crime _ in addition to the Chiang Mai incident, he has been involved in brawls and other misbehaviour in public. He says he drew on those experiences for Sarawat Maba.

''Playing a bad guy and a good cop is not much different. Cops know how criminals think, how they plan for their robberies,'' he said.

His past roles as criminals also helped him.

''I wouldn't have played a police officer as well as I did if I hadn't had bad guy roles beforehand,'' he says.

Given the reputation of the Thai police in the media these days, a film about a policeman out for justice might seem a hard sell.

Tao says that media have a major influence on the public's perception of police and that not all of them should be tarred with the same brush. 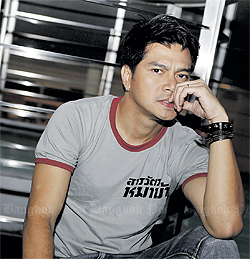 ''I believe there are two sides to the coin. There are police who carry out their duties in a virtuous way. People need to be able to distinguish between them and the others,'' he says.

The 39-year-old actor says that he thinks the boys in brown will enjoy his latest film.

Tao counts 1980s action films such as Lethal Weapon as among his favourites and bemoans how the genre is being ignored by Thai film-makers in favour of comedy and horror films.

''That's not even to mention the newest subgenre, 'comedy-horror','' he says. ''I wondered why action films just disappeared.''

With horror and comedy proven box office gold, a police action thriller such as Sarawat Maba represents a gamble for both film-makers and actors.

''I don't know whether this movie will make money, but I had such a good time doing it,'' he says. ''We shot from morning till night and I felt fully alive as a performer, a feeling I thought I had forgotten.''

Somchai says he was also reassured by the confidence that both Sahamongkol studio boss Somsak ''Sia Jiang''' Techarananaprasert and director Adam showed in the project ''With them, I decided to just go for it,'' he says.

TAO, ONE OF THE GOOD GUYS? 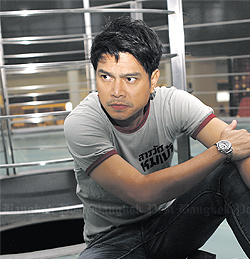 Tao has been in the entertainment business for 25 years, initially as a soap opera star and a recording artist for RS Promotions. However, he has made his name during the past 12 years playing criminals in such films as Mue Puen Lok Prajan (Killer Tattoo, 2001), Opapatika (2007) and Nak Prok (The Shadow of the Naga, 2010), and most recently in last year's Antapal (Gangster).

He said one of the main reasons for his about-face in Sarawat Maba is that he was concerned that audiences would get tired of him playing the same type of role again and again. Tao decided that the time was right for a change and began to refuse scripts that were geared at his standard ''bad boy'' image.

It was a tough transition for him to make _ after all, the bad guys are the ones having all the fun.

''Most good guy characters are flat and cliched, while I had more of a chance to show a broader range as an actor playing a multidimensional villain,'' he says.

''A protagonist relies on his good looks, but it's all shallow. A villain can be handsome or ugly, but there's more there to the character.''

When it came to inspiration about how to put make a ''good guy'' role meatier he took his from Infernal Affairs, the 2002 Hong Kong classic action film later remade as The Departed.

''Face/Off marked a revolution in the film industry. It changed how people make action films,'' he said. ''It's one of the films that inspired me to improve my craft.''

Tao has been a favourite of the paparazzi for years. In addition to his exploits that have resulted in some unwanted attention from the boys in brown, his personal relationships _ particularly his failed first marriage to singer/actress Nat Myria _ have also made headlines.

All of that is behind him now, he says, and his attention is focused on what he refers to as his one true love: acting.

Tao says that if there was any one reason to explain his success over the past quarter of a century it is that he loves his profession.

''I've been in love with my craft for 25 years and I can't leave her,'' he said. ''Imagine, I started loving her before I met my wife! If you love someone you have got to be with that person for the rest of your life.''

Tao says that in today's ever-changing entertainment scene nobody can take their positions for granted.

''The career path of an actor means always being on your toes,'' he says. ''One day I might not be as popular as I am now, but I will continue trying to improve as an actor until the day I die.''

And there's one other bonus about his shift away to good guy roles _ longevity.

''When I was playing villains, I always ended up dead.'' 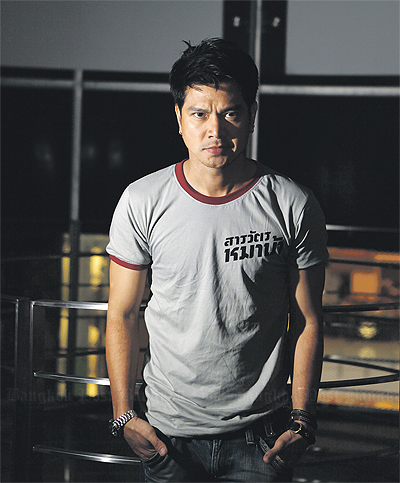