All eyes on korea

Skincare products from South Korea are now all the rage with young Thai women, but an industry insider warns that packaging can be deceptive _ so don't judge that bottle by its cover

As role models for local youngsters nowadays, stars of Western stage and screen pale into insignificance compared to Korean cuties. So many Thai teens hope that by slapping on masses of snail or BB cream they can obtain the same fresh-looking, flawless complexion as celebrities like Yoon Eun-hye, Song Hye-kyo or Girl's Generation's Yuri. A spin-off from K-pop and K-drama, the K-beauty trend has encouraged an increasing number of South Korean brands to enter the Thai cosmetic market and target consumers in a range of age groups.

The latest arrival is Mamonde, from AmorePacific, South Korea's biggest cosmetic company and the owner of such brands as Laneige, Etude House and Sulwhasoo.

"French for 'my world', Mamonde is building a global presence by first entering China and now Thailand, which is the first Asean market [for us] and a rapidly growing beauty industry which has increasing numbers of both local and international brands," said Warisara Praisankul of AmorePacific.

Founded in 1945, the cosmetic giant now has almost a dozen skincare brands under its umbrella. Laneige is best known here for its skin-hydrating "Water Science" while Sulwhasoo is making a name for itself with its luxurious skincare formulations based on traditional Korean medicine. 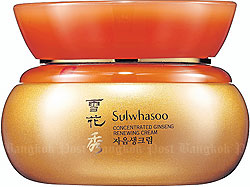 Mamonde debuted back in 1991 with its First Energy Serum, the highlight of which was the use of an aged flower vinegar. Research on the seeds, roots, petals and leaves of various flowers were conducted to identify skin-nourishing ingredients for Mamonde products. Now available exclusively in Thailand at branches of Boots, Mamonde continues to deliver flower power, but at much more affordable prices than its sister brands.

"Not all flowers can be made into vinegar," Warisara explained, "but honeysuckle is one of those that can be fermented. The process of making aged vinegar from this particular bloom takes more than 60 days.

"Because of its tenacious vitality and ability to bloom in winter, the honeysuckle _ known in some places as the gold-and-silver flower _ has long been used for both its medicinal properties and its beauty benefits."

The acidity of honeysuckle vinegar is believed to help balance the skin's pH, which can increase due to ageing or long-term exposure to harsh sunlight. The vinegar is also said to help eliminate dead cells and toxic substances while brightening and refining the skin.

Other flowers used for making Mamonde skincare products include the sunflower and the calendula for the firm's Sun Care line. Extracts from five different red flowers and berries are combined in the Age Control line.

AmorePacific invested in building a state-of-the-art manufacturing and distribution centre in Osan, a city in Gyeonggi-do province about 35km south of Seoul. This was completed in 2011 to produce genuine made-in-Korea cosmetics, Warisara said, going on to warn that what looks like a Korean product on the shelves of a Thai store may not actually come from South Korea at all.

She noted that while some local manufacturers import ingredients from Korea and produce cosmetics of their own formulation here, other Thai companies have their products made in Korea knowing that the technology and Korean-style packaging may help boost both domestic product sales and brand image. 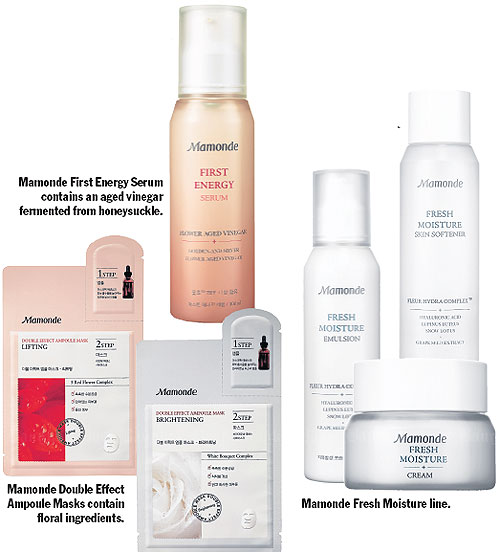 Snail slime has long been recognised as a skin rescuer for burns and wounds. As far back as ancient Greece, Hippocrates believed in the gastropod's medicinal potential and prescribed a snail remedy.

Today's renewed interest in the slimy treatment has resulted in a beauty boom, which began in Chile where a snail farmer noticed how handling the Helix land snail made the skin heal quickly and without scarring.

Because making a beauty cream would be more fruitful than farming edible escargot, the farmer invested in scientific research on snail secretion, which identified it as a source of allantoin, collagen, elastin and glycolic acid, used widely in cosmetology and dermatology. He then launched the original Elicina Snail Cream as a Chilean invention in 1995.

South Korean cosmetic firms then glorified the snail cream as a skin-rejuvenating must-have. This trend has enticed Sarawut Tornpatanaraka to jump on the bandwagon in marketing Snailwhite Cream by the Thai brand Namu Life.

"Korean snail creams may come with a thick texture that's too sticky for Thailand's hot and humid climate, and so they may be only used as a night cream," said Sarawut.

"We wanted to offer a snail cream for both day and night usage, and a co-development with a South Korean cosmetic lab resulted in Snailwhite."

The key ingredient, a snail secretion filtrate, is sourced from a South Korean organic farm that feeds its snails with ginseng. The cream also contains Korean ginseng and pennywort extracts as well as other botanical extracts and hyaluronic acid. 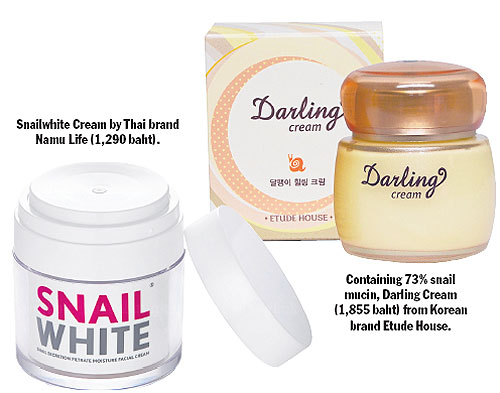