Gorilla in the urban mist

Bua Noi's home is a cage on the rooftop of Pata Pinklao Department Store, but animal rights activist Sinjira Apaithan, aided by a 35,000 signature-strong petition, is attempting to change that

Bua Noi placidly chews fruits and sucks milk from a UHT carton given to her by a zookeeper. The 28-year-old ape — the only gorilla in Thailand — shoots a glance at visitors and bares her teeth, stands up as a way of greeting and pounds her chest. Her eyes are strikingly similar to a human's, yet they are still difficult to decipher. Does the gesture show her happiness or it is simply an act of repeated showmanship, one which she has been trained to display for over two decades? Does the primate ever dream of Africa, the original habitat of her species? 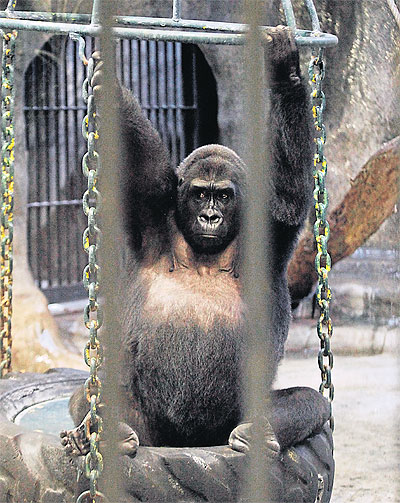 Perhaps not, since Bua Noi was born in a zoo in Germany before being imported to Thailand in 1988, where she was caged at the rooftop zoo of Pata Pinklao Department Store. The spacious 20m by 40m cage has been her home for 26 years. Her friends are visitors, members of staff and animals in nearby cages, who communicate in a myriad of sounds that sometimes echoes in a screeching vortex.

"Just tell me if Bua Noi looks as if she is tortured, maltreated or crying, as netizens claimed in the social media," said Kanit Sermsirimongkol, owner of the Pata Zoo.

"We have tried to take good care of her and other animals, but we're repeatedly criticised by the media and animal rights activists who think they know best about conservation. Some of those critics have never set foot in this place," Kanit said, waving a photo of a beheaded gorilla in Rwanda.

"Look at the misery of these gorillas in the jungle and look at Bua Noi. Do you think gorillas are safe and happy in the wild of Africa? They are threatened by civil wars, the side effects of genocide in Rwanda, poaching and plagues like Ebola. I think activists should pay attention to the plight of gorillas in nature, not in our zoo," he added.

Kanit runs the most embattled zoo in Thailand. The outcry against the captivity of the gorilla — as well as other wild animals — in the rooftop zoo has been heard for years, culminating last week when activists and the public signed a petition and demanded that the Department of National Parks, Wildlife and Plant Conservation (DNP) revoke the license of the zoo, which is located on the sixth and seventh floors of Pata Department Store. It is the world's only zoo located on a building's rooftop and one of the few remaining in a department store. 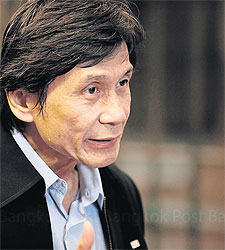 The gorilla was an object of excitement to Bangkokians, and the zoo a prime destination, when it was opened in 1984. But over the years, as the idea of conservation changed from Victorian-like exotic pet exhibitions into pro-original habitat, animal rights activists and media have stepped up their campaign against the zoo, especially about its setting and possible threat from fire. A few months ago, a petition on change.org rallied the public to supply its signatures and give the zoo and authorities an order to have Bua Noi relocated to a new habitat on the ground.

The campaign was spearheaded by Sinjira Apaithan, an animal-rights activist who has complained to the government about the welfare of the gorilla for 25 years. The authorities' response has been lukewarm.

"I was told that the zoo took good care of those animals, so it is better to have it stay that way," said Sinjira.

But social media has helped create huge momentum. So far the petition has garnered around 35,000 signatures.

"I am sure that Pata Zoo loves and takes good care of these animals. But that's not the point. What we really worry about is the welfare of the animals. A department store building is definitely not the place for wild animals," said Sinjira.

For Sinjira, conservation means more than feeding, bathing and taking good care of animals in cages.

"It is not about how well these animals are fed," she said. "It is about what type of message we are sending. Is 'conservation' about taking animals from the wild and put them on show in a shopping mall, or is it about the whole ecological system — the forests, rivers and living creatures?"

The presence of a rooftop zoo is sending the wrong message to society about conservation because it removes animals from their natural habitat, she said.

Another point of concern is safety. There was a fire once, but in the back of the building, and it didn't cause any danger to the animals. Yet Sinjira questions whether zookeepers could manage to evacuate 300 animals from the top floors of the building in case the accident is more threatening.

"During a disaster such as a fire or an earthquake, evacuating people is difficult enough. But now we are talking about gorilla, tigers, apes, hundreds of snakes and other animals that will definitely not march in order." 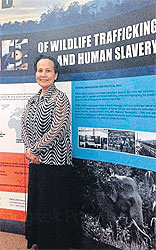 The meaning of "conservation" is at the crux of the problem. Pata Zoo was the brainchild of the late Vinai, Kanit's older brother, who set up Pata Department Store over three decades ago. Vinai's inspiration to open a city zoo, which he saw as a means of conservation, stemmed from people buying wild animals from poachers at Sanam Luang Sunday market. Witnessing poached wildlife die and suffer mistreatment from poachers and vendors, Vinai dreamed of opening a zoo that would instil a spirit of conservation.

"It is a labour of love," Kanit said "My brother and I wish this zoo to be a place that teaches the public and kids about conservation."

Vinai's dream came true and he invested a great amount of money to transform the rooftop of the building into a zoo.  Importing gorillas was not against the law at that time. In 1992, the Wildlife Conservation Act was revised according to the guidelines of Cites — an international convention to prevent illegal poaching of endangered animals and plants — and the act of importing or buying rare exotic animals including endangered gorillas became illegal.

But since the zoo obtained Bua Noi legally, it has rights to the ape's ownership. In this case, all the DNP can do is, according to officials, "put some pressure" on the zoo by asking it to renew its operation permit every year, instead of every five years. Last year, the DNP asked Pata Zoo to relocate Bua Noi and other large animals such as tigers and apes to new a facility on the ground.

DNP's director-general Niphon Chotiban said the department might not be able to terminate the permit because Pata Zoo did not do anything wrong.

"By law, Bua Noi belongs to the zoo. Relocating her to the ground and building a new habitat will cost 30-50 million baht. The owner also raised concerns about health hazards, because there is a history of gorillas being at risk of bacteria from the ground."

The gorilla's age, he said, is also a factor, as it probably only has around a decade left to live. "Since Pata Zoo takes good care of the ape. It is better to let her stay instead of investing a lot of money," he said.

But the campaign to relocate Bua Noi is enjoying momentum. Buoyed by public support, Sinjira and other conservationists are attempting to contact other zoos, such as Khao Kheow Open Zoo, in the hope one will take in Bua Noi. Last Friday, Sinjira went to Pata Zoo to speak with Kanit for the first time. It was a good start between both sides, as the zoo later unveiled its initiative to relocate large animals from the rooftop by 2020.

Sinjira admits that it is obvious that the owner of the zoo cares about Bua Noi.

"We don't want to take away what the zoo owns. Pata Zoo takes good care of this gorilla. But it is about time that the zoo moves on and writes a new history as a pioneer of private zoos by opening a new wildlife conservation centre on the ground.

"I think the winner of this case is society, because the case of Bua Noi wakes us up and makes us think about conservation and animal welfare in a profound way. This gorilla really gives society a good lesson in conservation."

Bua Noi, the tip of the iceberg

On the surface, the dispute over the welfare of Bua Noi looks like a clash between old and new interpretations of conservation.

But for conservationists, the case reflects a problem with 1992’s Wildlife Conservation Act, which governs private zoo operations. According to Suraphol Duangkhae, a respected conservationist, there are public complaints about the management and welfare of animals in zoos such as the Sriracha Tiger Zoo in Chon Buri province, Night Safari in Chiang Mai province, Safari World in Bangkok, the Puen Dayrachan (Friends of the Beasts) restaurant, a famous eatery that displays exotic animals, and, of course, Pata Zoo. The problem is structural.

“There are questions about standards of these private zoos. But the main concern comes from the fact that it is so easy to open private zoos in Thailand because the law only sets the condition that operators must show ‘a capacity’. But the law does not explain what that ‘capacity’ of zoo operators should be,” said Suraphol, who is on the committee of the Seub Nakhasathien Foundation, as well as conservation group Friends of Elephants.

“The problem of private zoo management gives way to poaching and wildlife trafficking. Thailand has been known as a hub for wildlife trafficking partly because, to sell captured animals, poachers can make use of loopholes in the laws and the shortage of officials.

“Its facade is about ‘loving animals’. But not many people question how those animals are obtained.” 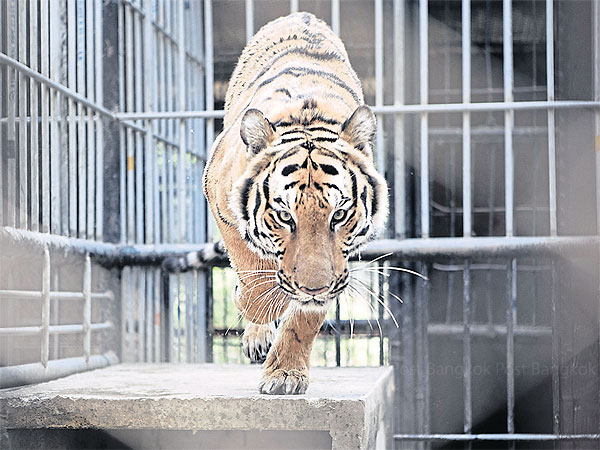 Thailand is known as a hub of wildlife trafficking.