Those turning 35 may not be aware that they're entering the dreaded fifth cycle, marked by deepening wrinkles. 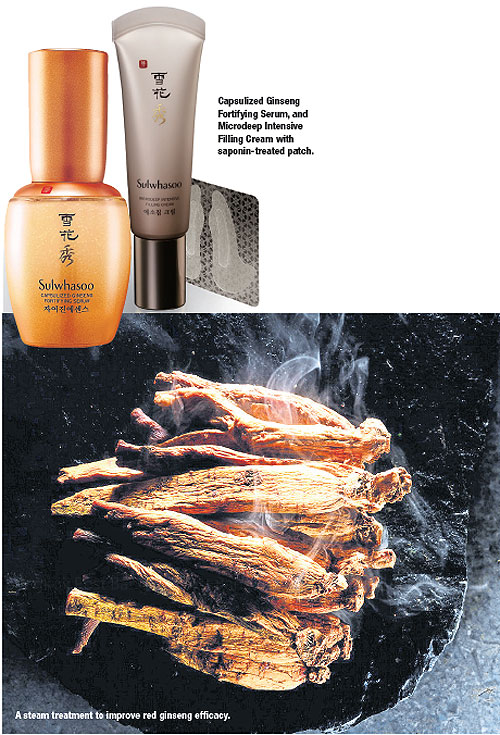 The fifth cycle spans from the age of 35 to 42 according to traditional Korean medicine, which looks at the changes in the body at each stage of life referencing a seven-year cycle.

Inevitably, after the mid-30s, fine lines become deep-rooted and branched-out, with etched wrinkles indicating a deflated skin structure due to declining collagen and elastin fibres. Coupled with sagging skin, the deep lines become folded adding more years to your face.

Its R&D focused on one of the skin-ageing factors, the Dermal-Epidermal Junction (DEJ) located where the dermis contacts with epidermis. It is an area of flexible connective tissue that functions like a cushion and determines the skin inertia, either to plump up or pull down.

The inertia of youthful skin makes the skin quickly recover whereas in aged skin with a collapsing DEJ, the pillow mark doesn't easily go away.

Known for its ginseng-containing skincare, the South Korean brand developed a capsulising technology to better deliver active ingredients to the DEJ.

Running from the corners of the mouth to the chin, deep creases called marionette lines can be softened by a saponin-treated patch that enhances the effect of Microdeep Intensive Filling Cream.

Containing red ginseng and Indian lotus extracts, the cream is applied at lymphatic points on the lower half of the face before placing the patch mask on nasolabial folds, leaving it there for at least 30 minutes.

The acupuncture-inspired treatment was tested by Asian women of various ages for three to nine months, with the continuous use claimed to provide a measurable plumping effect.