The magic of ma mui

On advice from PM Prayut Chan-o-cha, the Thai herb famous for fixing male impotence, among other things,should be grown in abundance during times of drought

The Thai tropical plant ma mui, or Mucuna pruriens, has suddenly come under the public spotlight radar after Prime Minister Prayut Chan-o-cha earlier this month advised farmers to grow the herb instead of rice, especially during times of drought. 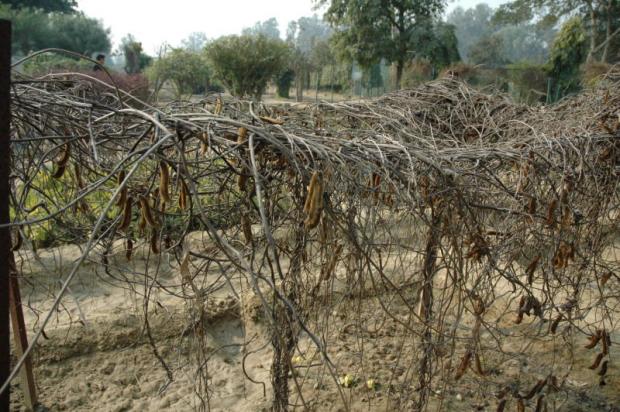 Mucuna pruriens, or ma mui, at a research centre in India's city of Lucknow.

Herb expert and chief pharmacist of the Chao Phraya Abhaibhubejhr Hospital in Prachin Buri province, Supaporn Pitiporn, said that in Thailand ma mui — also known as cowage — is an easily grown weed which is widespread across the country. However, in order to promote its herbal benefits, there needs to be some improvements in terms of know-how, research and development.

"Thai local wisdom is abundant but apparently we fall short of support. If the plant is to be promoted for commercialisation, we need backup with regards to research, product development and product registration as well as marketing. Agriculturists who grow the plant also need to be supported," said Supaporn.

For most Thais, Mucuna pruriens is known to cause extreme itchiness and skin discomfort once contact is made with its hair, and as a result it is a plant most people try to stay as far away from as much as possible. What is unknown is the plant's medicinal properties.

Ma mui reportedly improves erectile function in men, said Supaporn, based on studies conducted in India's city of Lucknow. From laboratory tests conducted in rats, the herb is found to enable more frequent sexual intercourse and a longer erection.

"Thais also call it kama medicine," added the pharmacist. "Since the old days, it has been used to fix erectile dysfunction. It is also reported to be able to help with infertility in men, increase sperm count and to boost the health of sperm."

A number of studies have been conducted in the Lucknow research centre. Supaporn once visited the centre where she witnessed how and where the plant was grown.

According to her, it is evident that the species found in India is similar to the Thai counterpart which means ma mui plants available in Thailand will have the same medicinal effects as those in India.

Apart from male impotence, the herb also yields other important health benefits too. According to Supaporn, ma mui seeds are also good for bone joints, acting as a lubricant if taken orally. The seeds are recommended for menopausal women to reduce unwanted symptoms. Based on some of the latest research from the Chao Phraya Abhaibhubejhr Hospital, ma mui has also been proven to keep Parkinson's disease at bay.

In India, research points to how Mucuna pruriens has long been used as a cure for Parkinson's disease, symptoms of which include shaking and difficulties in walking. The seeds are found to contain between 3.1-12.5% of L-dopa, a chemical in the body which is converted to dopamine, a kind of neurotransmitter that plays a crucial role in body movement.

Furthermore, forget the itchiness. Supaporn explained that it is only the hair of ma mui that makes people itchy when in contact with the skin. The seeds, on the contrary, do not cause any problems.

"Ma mui is usually harvested in the morning when the hair is still not active. And there are certain harvesting techniques to avoid the itchy sensation such as watering the pods before picking them and so forth," she said.

Mucuna pruriens is usually consumed in form of capsules. In several countries, it is available over-the-counter. In Thailand, unfortunately, the herbal drug has yet to be approved and certified by the Thai Food and Drug Administration (FDA). Therefore, it is currently available mainly on the internet.

"There are around 100 cowage-using countries in the world, 40% of which rely on them due to its effectiveness in healing impotence. This is our country's local wisdom and there is nothing to be ashamed of. Look at Viagra. People around the world rely on it," added Supaporn.

At the Chao Phraya Abhaibhubejhr Hospital, Mucuna pruriens is prescribed and used for patients in the form of herbal teas together with prescriptions of other kinds of herbs.

But for those who want to take ma mui at home, take only the seeds then roast and grind them until they become powder before mixing it with water. The maximum dosage is 15 seeds per day which is equivalent to a maximum daily dose of 5g.

"People in many countries around the globe see health-related advantages of herbs," Supaporn remarked. "They use and consume them to their maximum benefits. I strongly wish Thailand would see and do the same, to add value to things that our country already possesses. At the same time, there must be a balance between the promotion of herbal drugs and consumer protection."

"The prime minister mentioned ma mui, I think, to encourage Thai agriculturists to find themselves a way out of the drought and as an example to show how Thais could manage our local wisdom and open ourselves a door to more marketing opportunities," she added. 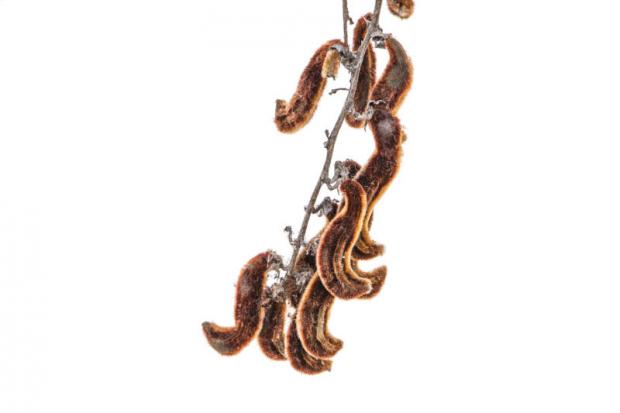 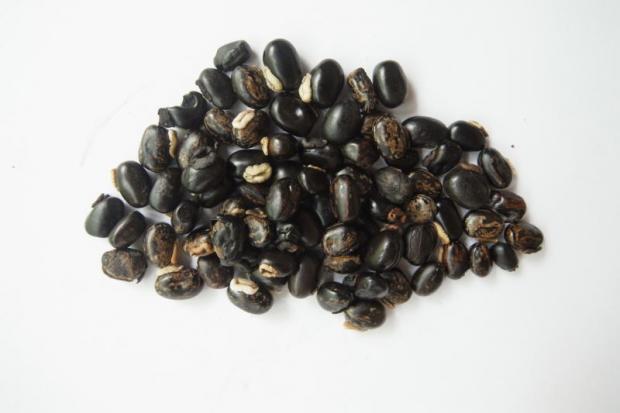