The struggles of LGBTI families in modern Thai society

Matcha Pornin never expected to be a parent. But when her younger brother was finding it difficult to support his daughter, she decided to step in. Unfortunately, her brother did not approve of Matcha's dating preferences, and initially refused to let her help.

"My brother would not hesitate to let me adopt his child if I were single," said Matcha. "It was because I had a girlfriend, he felt I was not good enough to be a parent." He reluctantly let Matcha adopt his daughter, if only due to financial constraints.

The 35-year-old is from Thailand's Northeast and comes from a conservative community where homosexuality is considered abnormal. This, according to Matcha, has affected her as a lesbian.

"It's impossible to be same-sex parents in rural areas because it's hard for us to live together, especially if there are children involved," she said. "The children will be taken away if parents are homosexuals."

Even though Thailand seems to have high tolerance towards same-sex couples, this doesn't apply to the idea of being parents. When it comes to parenting, biological relations matter, leaving no room for lesbian, gay, bisexual, transgender/transsexual and intersexed (LGBTI) parents to function as a mum or dad.

Matcha is not alone. Anticha Sangchai has full custody of her daughter from a previous marriage, but not her girlfriend.

"In terms of society's traditional family values, heterosexual parents are believed to be superior," Anticha complained. "What if being 'parents' doesn't depend on the traditional gender norms and biology anymore?"

Held by the Sexuality Studies Association, the discussion tackled gender-related questions and issues of same-sex families such as "Is the bond between homosexual parents with their kids genuine?" and "Will the children turn gay, too?", to name a few. Matcha and Anticha took part in the event as panellists and session moderators.

"The LGBTI community has existed since forever, but society continues to teach traditional gender norms," Anticha said. "And anything that is different from the norms will be excluded and rejected."

"It's difficult for our children to grow up with this kind of thinking," Anticha added. "Children are like a piece of white cloth, being exposed to society's narrow-mindedness. They have to rely on our explanations in order to understand the lifestyle."

The recent case of Carmen -- a baby girl born in Thailand through surrogacy -- gained a lot of public attention and triggered Thai people to rethink the definition of family, especially among same-sex couples. Even though Carmen's biological father, Gordon Lake, and his partner Manuel Santos' parenting style has proven to the public that despite their sexual preferences they can function as good parents and have the people's full support, there is still one glitch. 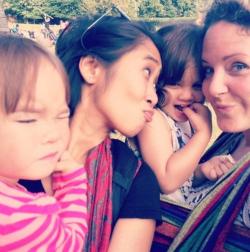 Rosalyn Payne and her wife Arty with their twins Ivy and Olive.

Due to the lack of legal support and legitimisation (the new surrogacy law in Thailand only allows surrogacy for lawfully wedded couples who cannot get pregnant and same-sex couples are not covered under the new law), not only are the fathers struggling, but Thai LGBTI parents' relationships aren't recognised legally.

This subsequently limits them from their basic humans' rights -- to marry, to be a parent or to sign a medical consent form in case of an emergency. All this is because homosexuality is branded as "different".

But not all LGBTI families succumb to social prejudice. Rosalyn Payne, a British citizen, and her Thai wife Arty had twin daughters through in-vitro fertilisation (IVF) in Thailand. Unfortunately, Arty could not be granted parental rights because same-sex marriage is not legal in the Kingdom.

"This lack of acknowledgment obviously has had a massive impact on our daughters," Payne said. "Arty's family love the twins and want to pass on their family heritage to them. But everything needs a special provision because her relationship as a mother is not acknowledged."

Because it was impossible to legitimise parental rights in Thailand, Payne and her wife did it at the UK embassy in Vietnam. To seek an open-minded living space, they have settled down in Prague, Czech Republic, where both are recognised as the twins' legal guardians.

"In Thailand, my wife got fed up with everyone assuming she was my nanny," said Payne. "But here in Europe, my wife and I have equal rights as parents. A peculiar problem to Thailand is its people's attitude that things are better left unsaid -- of course without dialogue it is difficult to instigate change." To end all these struggles facing LGBTI parents, their solution is simple. To end their imposed invisibility by making themselves heard.

"We must speak up to make changes within society, to make it more open-minded," Matcha said.

"Secondly, fix the laws. Laws act as excuses for each institution. They can help with personal matters by helping out legally, like speaking for the community."

"I think Thailand should allow same-sex civil unions and partners should be allowed to have families," Payne added.

Communication within society and to enable people to learn more about the LGBTI community is also key.

"Thirdly, we have to explain ourselves in different outlets such as social media. Discussion and debates on gender and sex will help us by adding LGBTI topics to the talk," Matcha added.

"Communicating within society in order to create more understanding for LGBTI parents will drive forth the idea that parenting isn't only for heterosexual couples," Anticha commented.

Matcha's experience has successfully proven that her solutions work -- at least to some extent.

"Four to five years after the adoption, we have proven so much to my family," she said. "We have proven we are capable [of being parents] and the homophobia in my family has lessened. Things are getting better." 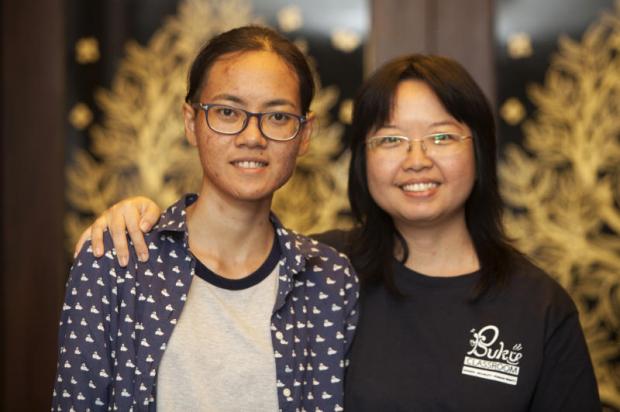 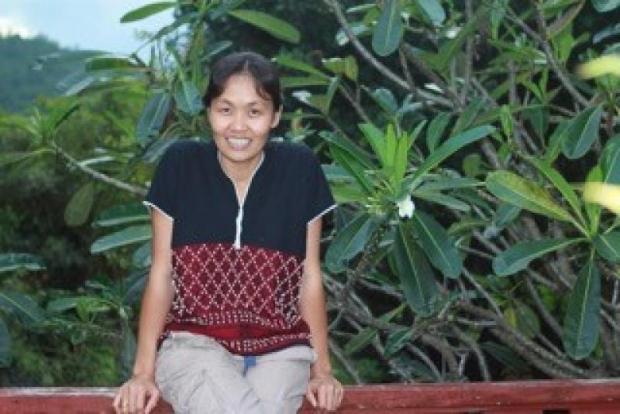