A good time was had by all
Life
Social & Lifestyle

A good time was had by all

A celebration of exclusive Grand Seiko watches was a luxurious affair.

Visitors to the recent "Legend of Grand Seiko" party were treated to a celebration of luxury watches, hosted by Toon Mahadumrongkul of Trocadero Group, the official sole distributor of Grand Seiko in Thailand. 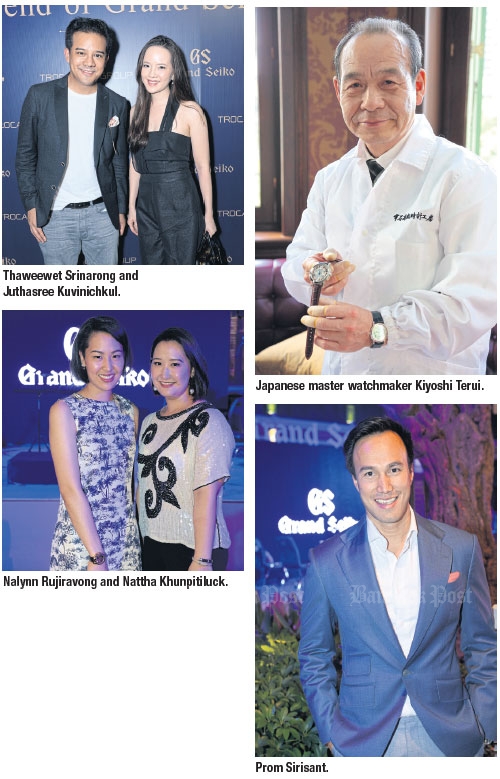 The event was held to present the brand’s most impressive timepiece to date: The "Credor Spring Drive Minute Repeater", a combination of craftsmanship and advanced technology.

The exclusive watch is the first minute repeater mechanism built by Grand Seiko, and sounds the time down to the minute using separate tones for hours, quarter-hours and minutes.

The celebration at the House on Sathorn was complemented by a display of limited edition timepieces from Grand Seiko, Credor and Galante.

Directly imported from the museum in Japan, these extraordinary models charted the success of Grand Seiko, from the first Grand Seiko in 1960, to the Galante Astro Boy — a limited edition watch from 2010, featuring the character Atom, or Astro Boy, from the famous series written and illustrated by Osamu Tezuka. The display also included the Signo Skeleton from Grand Seiko's luxury Credor line — the first model hand-engraved by Japanese master artisan, Kiyoshi Terui, which features a unique skeletonised dial.

Mr Terui has been recognised by the Japanese government as a “Contemporary Master Craftsman”, and awarded the prestigious yellow ribbon medal of honour for outstanding professional achievement.

Mr Terui himself had flown in for the event, to conduct a live engraving demonstration up close and personal for the first time in Thailand.

The sophisticated soundtrack to the event was a classical music performance, intended to symbolise the unique purity of sound delivered by the Credor Spring Drive Minute Repeater.

The orchestra was led by internationally renowned conductor, Trisdee Na Patalung, who is known for being the first Thai to conduct in Amsterdam’s venerable Concertgebouw Hall, one of the most exclusive concert halls in the world.

This was performance was followed by a series of songs from top contemporary vocalists, including The Impossible Dream and This is the Moment by Kittinan Chinsamran of The Voice Thailand Season 2. 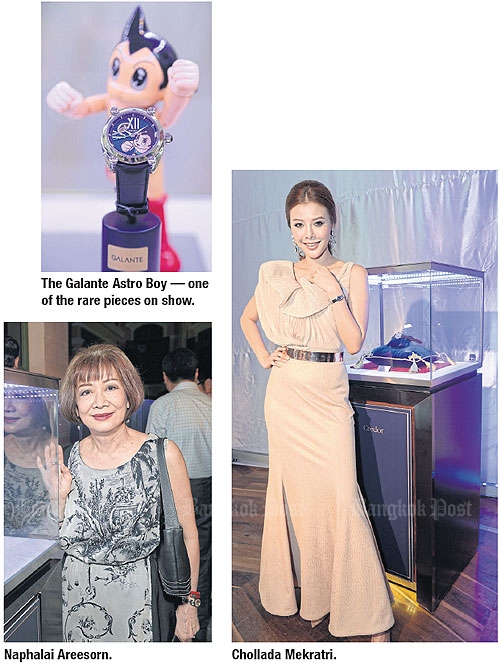 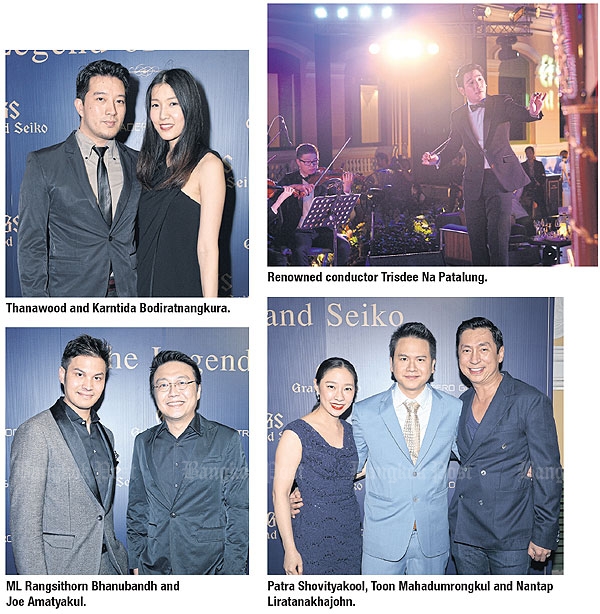