The writer of Diary Of Tootsies talks homosexuality and television success

Thai television may be clamouring with lakorns — the catfights, the man-stealing and more. But no series is quite like Diary Of Tootsies, possibly the first Thai series in which all the main characters are openly queer. The show features three effeminate gay men and a lesbian, and their stories of mishap, laughter, tears and encounters with other eccentric characters have been raking in millions of views per episode on Line TV’s app reruns. Strong is the rainbow power, and such a flamboyant show can only come with an equally colourful creator, Thachpacha Setthachai, the “tootsie” whose online diary has been converted into the series.

The show’s characters — even their names — were cast to mirror Thachpacha and her best friends in real life. She first posted the stories as diary entries on her popular Facebook page Bantuek khong tood, now published in three pocketbooks (tootsie or tood, from the film Tootsie, has long been benign Thai slang for “effeminate gay men”).

Thachpacha still clearly remembers the moment she found out the studio GTH — now rebranded GDH 559 — wanted to turn her stories into a TV series.

“I was on the skytrain on my way to Siam, and then they texted me,” recalled the 30-year-old with a laugh, “And my friends — as they also exist in the story — were asking if the company was fooling me!”

After discussions, auditions and everything in between, the series is now sailing on high seas, its comedic scenes bonafide memes among Thai netizens. Thachpacha, who also serves as co-screenwriter, recently looked back on her simple beginnings as a writer.

It was nothing fancy. Thachpacha recalled she’s loved writing since young. In grade 3, she remembers writing comic with her classmates as characters. In grade 7, she started sending stories to online contests. Going into adulthood, she began posting lengthy statuses on Facebook. We know how that turned out for her.

Thachpacha is still credited as “Theetawit” — her old name — on the show. She legally changed her name to Thachpacha on Wednesday. To the public, she’s also known as “Khun Sha”, even though her real nickname is “Gus”. She may have many different names and faces (she’s very open and vocal about her plastic surgeries). But, in the end, they all culminate in a single persona consistent with her identity as a tootsie.

“‘Tootsie’ is the word,” said Thachpacha. “I like men, I dress up as women quite a lot, but I’m not heading for a full-blown transition. I don’t think the term ‘gay’ or ‘lady boy’ rightly defines me.”

Writing and making a show about tootsies when you are a tootsie comes with quite a few challenges. As the “third gender” is often portrayed on Thai television as the jokester who lusts after men among a society of straights, working on Diary Of Tootsies — in all its formats — has inadvertently been about avoiding stereotypes and embracing them at the same time.

“At first, when I wrote the stories on my page, my boyfriend asked if we should avoid these stereotypes. But I can’t. My friends and I are actually like that. We look at men, and we react if they’re cute,” stated Thachpacha matter-of-factly. “But do we ogle at men all the time? We don’t.”

Thachpacha herself actually doesn’t mind such representation by the media and society. “But the space for us to present other angles is very limited,” she said, suggesting that what matters more is how the queer community presents itself, not so much on how outsiders paint it.

The series retains maximum entertainment value, with many laugh-out-loud moments, but laughter is not the only thing that can be sought from the show. Family drama, relationships between friends and lovers, and, most recently, the issue of HIV are all mixed in with the fun.

Shifting from writing in isolation to working with the show’s producers means learning about a new system, said Thachpacha. She has to listen to people’s thoughts and ideas. Some of the things she did not consider rang (raunchy) were deemed unsuitable for public viewing. Accepting others’ opinions meant some of the stories were adjusted — even altogether omitted — in the transition from text to TV, but it’s also resulted in high ratings and general success.

In real life, we also see Thachpacha as a presenter for beauty brands. She often dresses up in full women’s attire — a familiar sight on her Facebook page. And though it’s an energy-draining and time-consuming process, she is very fond of dressing up.

“When I put on my high heels, I can feel a sort of power. It’s as though something’s possessed me. I feel fiercer than usual, and it shows when I strut around the place like a total diva.”

Her references for donning female attire include the styles of Taylor Swift, Lady Gaga and Fan Bingbing. But on normal days, her dress code involves a simple T-shirt and shorts.

A very open and honest person, Thachpacha is never shy about sharing her experience under the knife or even her pre-surgery photos, maintaining that it’s better to give advice than let people butcher their own faces.

“Getting plastic surgery these days is so normal. I don’t get why people would try to hide it when everyone can actually tell. For someone to say they didn’t do it when the truth is [obviously] otherwise — that’s what starts the gossip.”

Thachpacha is also a self-confessed gamer. Her favourites include “manly” games like Far Cry and Call Of Duty. She said they’re relaxing to play — a nice break from all the writing she does.

“These games heal me. I can say I’m addicted.”

Now that the series has completed more than half its run, Thachpacha is keeping her fingers crossed for the second season, which is most likely a go. She also plans to write more books, and is hoping for future collaborations with GDH 559.

“I want to write something that doesn’t concern me or my life — maybe a new film or series. I guess I could say I’m happy to be in this field,” she said with a coy smile, “That, and random presenter gigs.” 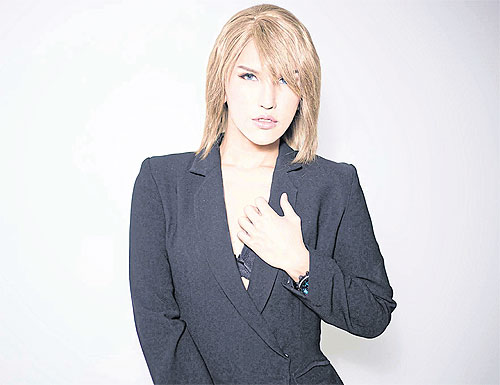 Thachpacha Setthachai in her female attire. (Photo courtesy of GDH 559) 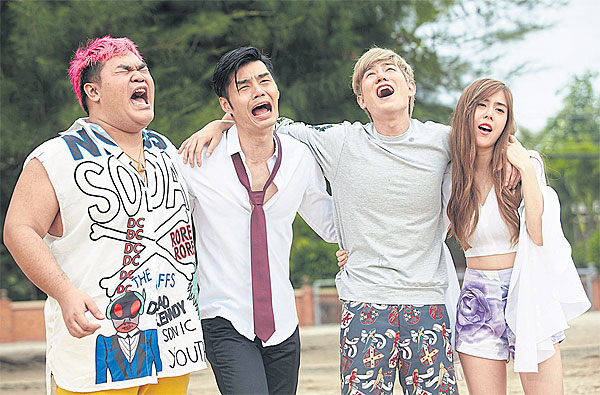 A scene from Diary Of Tootsies. (Photo courtesy of GDH 559) 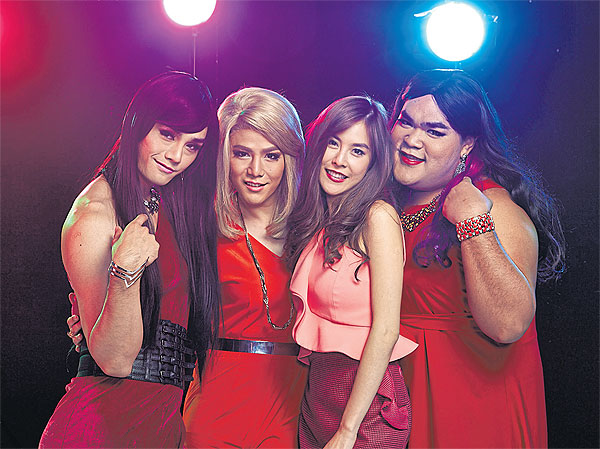 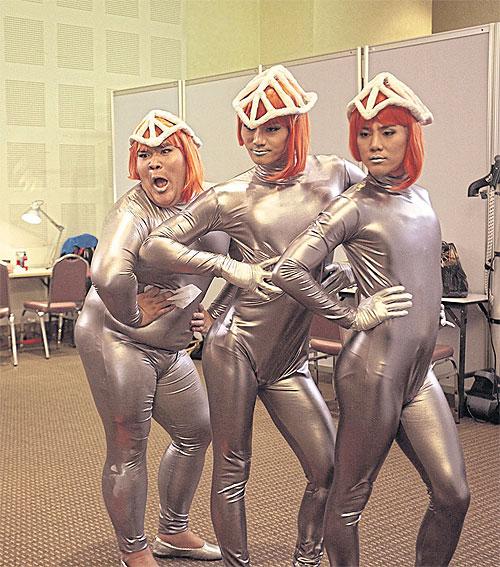 A scene from Diary of Tootsies. (Photo courtesy of GDH 559)