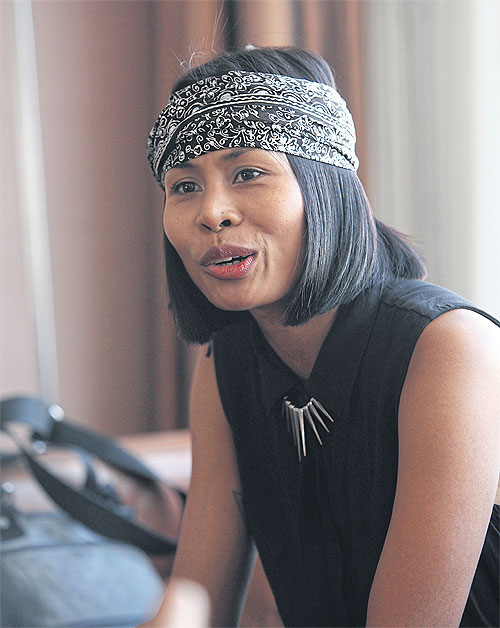 It’s been 14 years since Seephrai took off as a techno deejay. Last year, she flew to 32 countries for 131 gigs. This summer, she is scheduled to spin at 31 music festivals.

“I come to Thailand around January and February every year,” she told Muse during her latest visit, when she toured Koh Phangan, Koh Samui, Koh Lanta, Phuket, Chiang Mai and Bangkok.

“When I started in 2002, the local scene wasn’t yet accustomed to techno music,” she recalled. “After a year in Europe, I wanted to play in Thailand, but none of the clubs played the genre. Only hip hop, funky house and commercial dance music dominated the scene.”

During that time, she landed a job as a deejay in Koh Samui before flying to play across Europe and Asia.

Seephrai’s journey to becoming one of the very few globally successful females in electronic music started when she worked in an internet café. She learned and practised English by chatting online. Before going out to a party, she ended a chat with Sebastian Lehmann, who is her manager, with the phrase: “Music Is My Life.” Lehmann raised question: “Why don’t you become a deejay?”

“I couldn’t imagine what a deejay career was like until I went to a clubnight where DJ Marusha, a friend of Sebastian, played. A lot of people were waiting in line for her set. When she performed, I was like ‘wow’. The first thing I did in the morning was going to the record store.”

That first trip to Europe didn’t only open her eyes but also opened doors to her future path. She returned to Thailand with two vinyl records. Yet, without turntables, proper equipment and advisers, Seephrai returned to Germany again in 2002 to immerse herself in deejaying 101. She learned how to spin in a small studio for three months.

“I learned everything with zero experience,” she recalled. “All day, every day, my manager trained me in all the basics from electronic genres, mixing, beatmatching to selecting music. It was very hard in the beginning but once it clicked, I could play naturally.”

By the stage name of DJ Nakadia, Seephrai performed her first gig before 2,500 partygoers in Hanover, Germany. “At first, I was nervous. My hands were shaking for the first 15 minutes and then everything went well. It was because I just wanted to play. I’m never scared of making mistakes.”

In her early years in the industry, Seephrai got booked to play across Europe and Asia because being a female deejay from Asia playing throbbing techno was marketable.

“I wasn’t yet widely known but I accepted to play as much as possible because I wanted to gain experience,” she said. “The fact that I’ve never been a resident deejay is a real perk. I get to see different scenes and crowds. Also, I get to know what I’m really good at.”

In 2008, one of Germany’s top electronic music deejays/producers, Timo Maas, returned from the Winter Music Conference in Miami, US, and shared a collection of promo vinyls with her. She learned a piece of life-changing advice from one of her idols — it’s important for a club deejay to play to the right crowd at the right place.

“I’d been playing a lot in commercial clubs. I got paid well but it didn’t fulfil me. That was when I decided to turn to underground deejaying. The scenes are completely different. People come to purely enjoy the music. It’s where I can really show off my technical skills and unique selections — not how I look.

“It was very challenging,” Seephrai added. “It took many years to establish myself in the underground club scene. In the beginning, I had to play as an opening act to introduce myself. But now people come to see me.”

Having made a name for herself in the circuit, Seephrai has been invited to perform at major music festivals since 2011. Last year’s Family Piknik in Montpellier, France, was among her most memorable gigs where she shared the stage with big shots such as Jamie Jones, Davide Squillace, Marc Maya, Dubfire and De La Swing.

Currently based in Berlin, Germany, the 35-year-old finds herself travelling across the globe.

“Last year, right after a party in Dubai, I flew directly to Zurich. I slept and freshened up on the plane. I arrived in Zurich in the afternoon and went straight to the Street Parade, which is one of the largest techno parties with more than a million revellers,” she said. “I was extremely exhausted but once I got on stage, I was filled with energy. It’s my world.”

Despite a hectic touring schedule, the techno femme fatale manages to produce her own music. Since the beginning of 2012, she has released about 10 techno and deep house tunes and remixes.

To Seephrai, to be a good deejay is more than just playing music. Like an artist, he or she should be able to perform, develop an individual style and always stay updated and open-minded. Being punctual, reliable and disciplined are also essential to success.

“A deejay never stops learning. The more experience you have, the more you can read the crowd. There are always new techniques and new technology. Mixing beats is just fundamental. To be successful, a deejay has to understand the whole business, get connections, know the promoters, sign to top agencies. Being a female deejay, it’s even harder.”

While a lot of young deejays come up to her for advice, Seephrai looks up to techno veteran Sven Väth, whose electronic music career spans more than 30 years.

“It’s my motto that everything I do, I have to make myself happy first,” she said. “When I love what I do, the job comes to me, the fees increase. Now I get to travel around the world.

“In the first few months when I started, my manager was gonna charge 1,000 baht per hour. I asked him ‘Who’s gonna hire me?’,” she laughed. “I’m just a rural girl from Khon Buri. It was impossible. I had no idea.”

Seephrai’s future goal is to perform at top-notch techno festivals like Awakenings and Time Warp. Next year, the story of her life will be captured in a documentary set to premiere at Berlin International Film Festival in 2018.

“We will go back to my hometown and look back to when I was a small country girl in a village without electricity and tap water. Everyday I had to collect water for my family,” she said.

From Seephrai Mungphanklang to DJ Nakadia, she’s proven that she has come a long way. 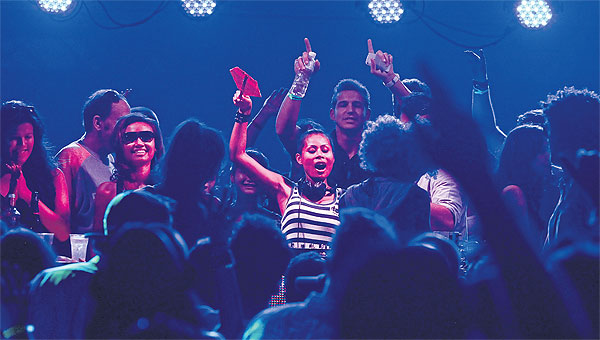 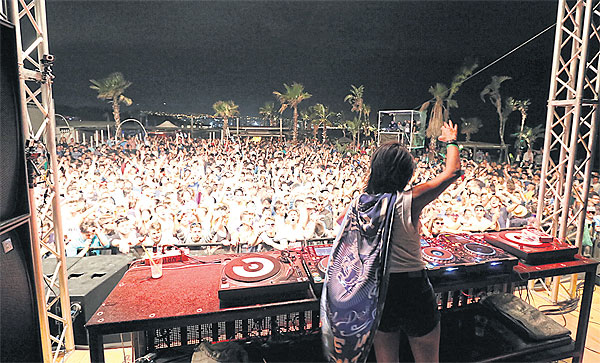 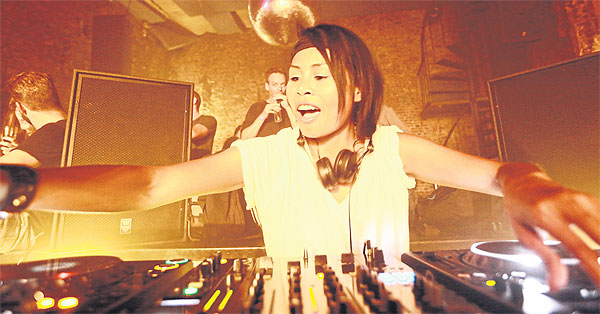