Kluai hom -- or the Cavendish banana -- found itself in the spotlight recently on social media and in local news. The issue involves Chinese investors renting land in Chiang Rai to grow kluai hom. Local villagers complained about water because the farm sucked up a large volume of it, leaving so little for local farmers. Fears about the use of chemical fertilisers also arose. Another problem is that the practice might be against the law, which reserves the occupation of farmer for Thais. The public is alarmed because Chinese-backed kluai hom farming in Laos has already proved a disaster. Toxic pesticides are dumped into the river, while environmental management is below par. 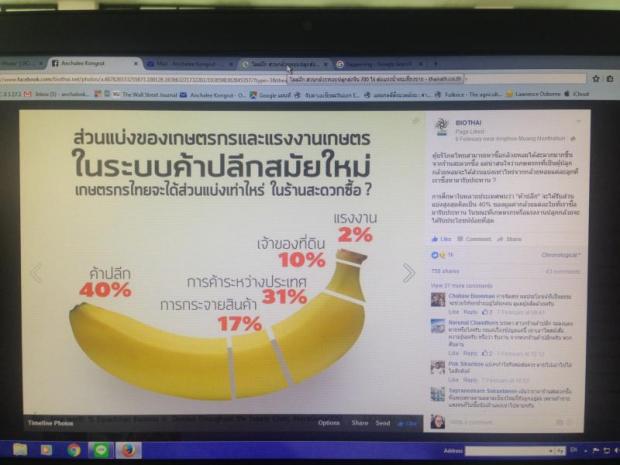 Kluai hom — or Cavendish banana — being discussed on social media.

The news has got a huge number of shares on Facebook. Activist Kannikar Kijtiwatchakul says investment with the Chinese has been dominating the Thai economy. "But this is not an excuse for the Thai government to turn a blind eye and let these environmentally-damaging investments continue without taking care of the effects. Whether it's kluai hom contaminated with toxic chemicals or the influx of Chinese tourists, it's about the invasion and domination of Chinese investment."

Kluai hom has become a new darling for food exporters, given the robust demand from Japan and China. Agro giant CP is also sponsoring local farmers to cultivate kluai hom thong (Gros Michel banana). Japanese and mainland Chinese have an insatiable appetite for the fruit.

Kluai hom is becoming popular among Thais, too. At 7-Eleven, the bananas are displayed near cashiers for consumers to take for breakfast. For some, kluai hom is foreign, as Thais often eat other local bananas, such as pisang awak (kluay namwa), lady finger banana (kluai kai), Musa balbsiana (kluai tanee) or even the Lebmuernang banana, whose shape is similar to that of a finger.

CP has an aggressive policy to promote Cavendish bananas. The company has even created a contract-farming project to hire farmers in Tha Yang, Phetchaburi.

So should bananas be looked at in a new light? How can the Cavendish banana replace local bananas? What will happen when the farm corporation promotes mass cultivation of kluai hom? If it's for export, what is the burden on the environment, especially our scarce water and soil?

The late Gabriel Garcia Marquez, the renowned Colombian writer, warned about the effects of the kluai hom business, when he wrote in his magnum opus One Hundred Years Of Solitude about the arrival of a foreign company to grow mass-scale Cavendish bananas in Macondo, the fictitious town in his story. Garcia Marquez wrote that the company "changed the pattern of the rains, accelerated the cycle of harvests and moved the river from where it had always been".

As we go bananas about kluai hom, we need to be aware of potentially becoming a banana republic, if we let investment dictate our choice of food and farming. 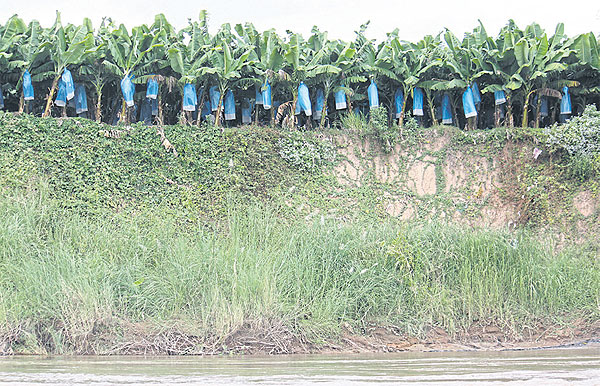 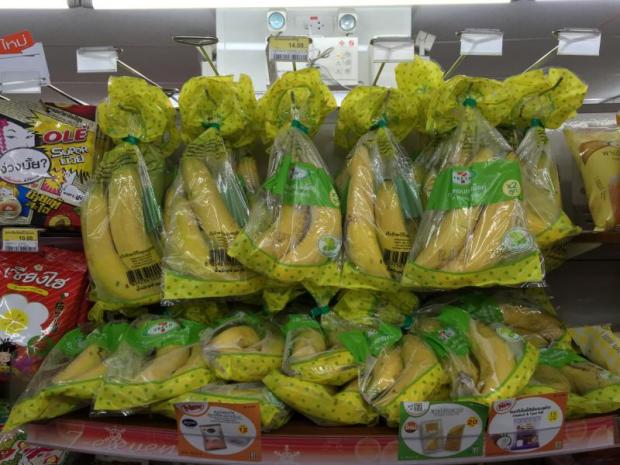