He is an Editor-in-Chief at Post Publishing Public. He also served as Editor at The Post Publishing Plc from 1994 to 2002 and Special Assistant to the ASEAN Secretary General Dato'Ajit Singh from 1993 to 1994. He serves as the Chairman of The Bangkok Post Provident Fund. He is Chairman of The Bangkok Post Foundation and Phud Hong Leper Foundation. He is a Member of The Press Council of Thailand. He is a Board Member of IFRA. He is Chairman of the Organising Committee, IFRA Asia Pacific. He has BA in Journalism from Queensland University, Australia in 1979 and BA. Political Science from James Cook University of North Queensland University, Australia in 1976. 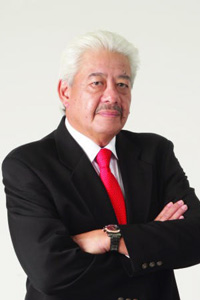 Suthep is not a lone advocate of reform

It’s no surprise that all eyes focused on Suthep Thaugsuban at the launch of the Muan Maha Prachachon for Reforms Foundation last week.

Cabinet shake-up more a question of when, not if

It won’t be long before we will find out the assessment on Thailand’s effort’s this past year in tackling human trafficking...

In an exclusive interview, Foreign Minister Julie Bishop reveals differences of opinion will not stand in the way of supporting Thailand.

It's time for action

The drive against human trafficking, a national agenda item, is one positive policy set by Prime Minister Prayut Chan-o-cha.

[EXCLUSIVE] Economy czar and Deputy Prime Minister MR Pridiyathorn Devakula describes what the government has done in the past six months.

The time is right

The land and building tax should not be shelved indefinitely as the next coalition government will certainly not make it a priority.

Ethics body should at least be given a try

The National Reform Council’s panel on ethics, morality and good governance created quite a buzz last week when they announced plans to set up a National Ethics Assembly.

Impressions of the premier

A long-time expatriate resident emailed me last week to ask whether my exclusive interview with Prime Minister Prayut Chan-o-cha had "favourably (or otherwise) changed" my views.

Excerpts of the exclusive interview

Gen Prayut Chan-o-cha speaks about his role as prime minister, what makes him angry and the future of reform and reconciliation.