An IT professional of over 30 years’ standing. He has a column in Bangkok Post tech pages and has been writing without skipping a beat every week all these years. 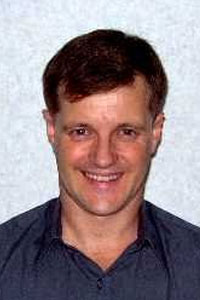 It's time to make some predictions for 2020. A number were made by others a while back, most of which did not eventuate, like a Japanese base on the Moon, flying cars and a Beijing to London rail link. I'll try for a bit more realism.

Accidental discoveries have been responsible for many useful items like rubber and penicillin. A couple of science types at MIT in the US wanted to see if they could grow carbon nanotubes on aluminium to increase its conductance properties. Instead they found they had made the blackest substance yet known to man. It absorbs 99.96% of the light from any angle making it 10 times blacker than the current options. Potential uses include telescopes, optical blinders and art. Carbon nanotubes, is there anything they can't do, eventually?

The world knows where you've been

A reminder for those operating in the digital world. This includes the internet, your phone, social media and basically anything in the public sphere. You can all but guarantee that everything you post online is eventually available to everyone. It doesn't matter what promises your provider might offer -- and maybe they're even being as honest as they can be -- eventually your data will turn up on a public server somewhere. The golden rule is simple: if you don't want everyone to see something, then don't post it anywhere on public networks.

We've made it to 2019. There are a lot of buzzwords being touted for this year; top of the list are artificial intelligence, Blockchain and, once again, the internet of things (IoT). Yes, it's that time of year where I don my pointy hat of stars and guess what the year ahead might bring.

Another year almost gone, another year of IT improvements, advancements and lower prices. It was a year of missing graphics cards, where Bitcoin data miners snapped up the market for a while.

It has been over five years and it was time for a new PC. It took a while to pull together, required an eclectic set of carefully chosen components, and I paid someone to put it together for me, having done that myself too many times in the past.

Huawei still some way behind rivals

I've had some feedback expressing surprise that I invested in a smartwatch. Yes, I didn't think I'd see the day either, but it does function very well as a watch with changeable faces and at a price point that's far below some of the faces it can duplicate. The always-on test was a success in that I only turned the watch off when I wasn't using it on some evenings. It also does sleep tracking, which perhaps provides a sterner test, but it still provided a week's worth of use making it usable for many. On a longer trip you would need to take the charger along. Note that for both tests, I kept Bluetooth on the whole time.

Wither now comms in Australia? With the National Broadband Network or NBN a certified failure, Australia seems to be working hard to ensure that to make the NBN look reasonable, any emerging 5G network must be made to hobble by banning technology companies like Huawei from providing the same kind of support it has been giving over the past 15 years to the local telcos. The given reason is a lack of trust in any Chinese company, keeping the spying eyes of China out of the country. To be fair, there is some justification for this, as China has not been the poster child of espionage abstinence across the globe. What earth-shattering useful secret info they might get from the Australians is debatable, but it looks like the Land Down Under will not be improving their communications any time soon. Thailand is still well ahead on that front.

Silicon Valley is not an arbiter of free expression

It is somewhat disconcerting that Silicon Valley -- which occupies about 300 square miles, and where most think the same and have the same politics -- can determine allowable content for the rest of the planet. Some of us remember that many of the major platforms were developed using government grants and public funding. With this base they should represent all views, of all types, and not just the ones they happen to like. This was the initial declaration at least, but in the modern world, that seems to have changed. I am certainly no great fan of Alex Jones, but that a cabal of providers can effectively execute social termination is very worrying for the future of open platforms and freedom of expression.

If you have learned nothing else from my many years of writing, it should be that unless extraordinary steps are taken, personal data privacy doesn't exist, except perhaps in the deluded minds of government officials. The only thing privacy laws do these days is stop you from returning someone's lost phone. In just one day in the news, I read reports about Huawei infiltrating Facebook, another Spectre CPU problem, political data harvesting in the UK, insecure military servers in the UK, Chinese hackers interested in Cambodia (and the rest of the world) along with other items about lost or hacked data. Yahoo and Google collect far more than the whole of the US spy agencies combined, though at least the latter doesn't deliberately spread it around or sell it to marketers.