Minxin Pei is Professor of Government at Claremont McKenna College and a non-resident senior fellow at the German Marshall Fund of the United States. 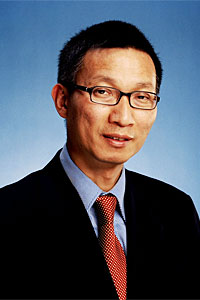 A Tiananmen solution in Hong Kong?

The crisis in Hong Kong appears to be careening toward a devastating climax. With China's government now using rhetoric reminiscent of the warnings that preceded the Tiananmen Square massacre in June 1989, Hong Kong's pro-democracy protesters -- and, indeed, its democracy -- could well be in grave danger.

The lasting tragedy of the Tiananmen massacre

China's progress toward an open society ended when the People's Liberation Army (PLA) slaughtered at least hundreds, if not thousands, of peaceful demonstrators in and around Beijing's Tiananmen Square on June 3-4, 1989. The crackdown left a lasting stain on the ruling Communist Party of China (CPC), despite the regime's unrelenting efforts to whitewash history and suppress collective memory.

The most dangerous consequence of China's Taiwan policy is further raising tensions with the US, ultimate protector of Taiwan’s de facto independence.

Countries responding to the US withdrawal from TPP are responding in three different ways with Thailand joining the group jumping on the China bandwagon.

The fear in China is as discernible as during the Mao era, as the "anti-corruption" drives mix arrests and suicides, and even foreigners live in dread.

As Chinese President Xi Jinping begins his trip to the United States in Seattle, home to many of the world's leading technology firms...

On Aug 1, China's People's Liberation Army (PLA) celebrated its 88th anniversary. But the country's 2.3 million soldiers have little to cheer about. On the eve of the anniversary, the PLA's former top general, Guo Boxiong, was unceremoniously booted out of the Communist Party and handed over to military prosecutors to face corruption charges, including allegations that he took large bribes from fellow PLA officers in exchange for promotions. And Mr Guo will not be the last PLA officer to face such charges.