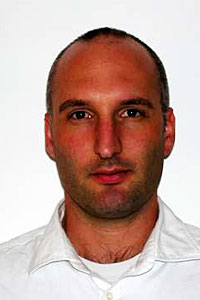 When a global governing body for sports barred Russia's track and field team from the 2016 Summer Olympics on Friday over a wide-ranging doping scandal, it was greeted in Russia, as is so often the case here these days, with a deep sense of victimhood.

Outside Russia, sporting officials viewed the unanimous decision as a long-overdue restoration of some fairness in competitions.

After all, in some sporting events Russian athletes had been trouncing competitors for years before it turned out they were using performance-enhancing drugs.

But here, the decision only added support for a narrative in Russia's political culture of grievances that revolves around perceived slights and anti-Russian conspiracies taking place in the outside world, particularly in Western countries.

"Only people who are lazy don't kick Russia in sports these days," Dmitry Svishchev, the chairman of the parliamentary committee on sports, culture and youth affairs, told R-Sport, a sporting news agency, in response to the ban. "Unfortunately, there is such a tendency now."

The ban is the latest setback in Mr Putin's efforts to shed Russia's pariah status on geopolitical issues like the Ukraine crisis and the war in Syria. When the news broke, Mr Putin was seeking to win allies among European politicians at an economic forum, where he recited in a speech a long list of grievances against Russia, including the expansion of the North Atlantic Treaty Organisation after the breakup of the Soviet Union.

Russia, he said, expected an "era of benevolence" but was double-crossed.

In 2014, the European Union and the United States imposed sanctions on Russia over the conflict in Ukraine. Russia annexed Crimea in March of that year and intervened in the war in the east of Ukraine, the bloodiest in Europe since the Baltic conflicts of the 1990s.

The sense of bottled-up humiliation over the post-Soviet period has been felt in sports, too, and the Olympic ban prompted some Russians to uncork their anger.

The chairman of the Russian parliament's foreign affairs committee, Aleksei Pushkov, wrote on Twitter that "the Rio Games ban for our track and field team is an act of political revenge against Russia for its independent foreign policy".

The decision caps a glum week for Russian sports, during which football hooligans rioted in Marseille, France, after Russia and England played to a draw. Videos showed fans streaming through the streets, wielding the weapons of choice of football hooligans -- beer bottles and folding chairs -- in running melees that left property smashed and dozens injured.

"I don't see anything scary in the fighting of fans," Igor Lebedev, a member of Parliament who is also on the executive committee of the Russian Football Union, said in a post on Twitter.

Also on Twitter, the spokesman for the Investigative Committee, a powerful law enforcement agency, responded to the assertion of a Marseille prosecutor that the Russians were apparently trained fighters.

"A normal man, as a man should be, surprises them," wrote the spokesman, Vladimir Markin. "They are used to seeing 'men' at gay parades."

Officials also found themselves on the defensive when it emerged that a prominent extreme rightist, Aleksandr Shprygin, who has been photographed raising his hand in a Nazi salute, led a formal Russian fan club, the Union of Supporters, to France.

Groups that monitor hate speech regard Mr Shprygin as someone who has played a leading role in introducing neo-Nazi ideals into Russia's football hooligan culture.

The global governing body for track and field, the International Association of Athletics Federations, announced the Olympics ban on Friday, ruling in a unanimous vote that Russia had not done enough to restore global confidence in its athletes' integrity.

Speaking before the announcement, Russia's president said the allegations of doping against his country's athletes were part of a politically motivated "anti-Russia policy" peddled by the West.

There should be "no collective punishment" of athletes, Mr Putin said of the allegations that Russia's athletes engaged in the extensive use of performance-enhancing drugs. Sports doping is a global problem, he said, and Russia has been unfairly singled out.

Mr Putin denied state-sponsorship of doping, one of the pivotal accusations against Russia.

"There has never been and cannot be any support for violations in sports, in particular, in the field of doping, at the state level in Russia," he said. "We have cooperated and will cooperate with all international organisations that work in this field."

Russia's sports ministry, which has alternatively stonewalled investigators and conceded that abuses had taken place but said they had been addressed, said in a statement it would appeal the decision.