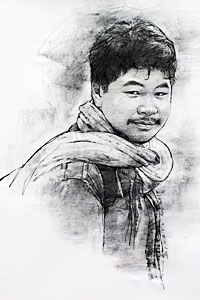 The impact of global warming and climate change is real. Increases in sea level, ocean acidification and more frequent natural disasters are having significant effects on our communities and livelihoods. Urgent action on climate change should be prioritised and put into practice.

Is climate change a gender equality issue? These crucial factors of the 21st century will be explained in-depth in this article.

World leaders made history with a climate deal in Paris late last year. The Paris Agreement successfully reached multilateral agreement on climate change. All parties signing the historic accord pledged to correspond to a temperature increase below 2C above pre-industrial levels and to limit the temperature increase to 1.5C.

The Paris Agreement lays a good foundation for climate change. However, a report by the United Nations Environment Program (Unep) and the United Nations Framework Convention on Climate Change (UNFCCC) emphasised continuous substantial emissions reduction after 2025 should be put into practice in a bid to achieve such ambitious goal, said Sivan Kartha, of the Stockholm Environment Institute.

Mr Kartha proposed the principle of equity and the fair share of responsibility and capability should be taken into account. Developed countries should provide financial and technological support based on the amount of problems that they caused. Meanwhile, more efforts and commitments are needed among the lower- to middle-income countries with support through international cooperative action.

"No single country can deal with climate change alone by reducing only its emissions. Countries must work together to help solve the issue," he said.

Gender equality had not yet been well practised in policies or budget allocation. Even the Green Climate Fund -- UNFCCC's financial mechanism aimed at assisting developing countries in adaptation and mitigation practices to counter climate change -- did not have substantial commitment to support gender equality or women engagement particularly in agricultural sector prone to disasters, she said.

Ms Aipira's presentation is in line with an experience shared by Samantha Kwan of the Youth Climate Action Network of Samoa.

The South Pacific island of Samoa and its population are much affected by climate change. The cultural structure enables men to dominate decisions while voices of the "fa'afafine" (a third-gender people), women, youth and marginalised groups are hampered. Gender balance in policymaking is lacking. Their basic needs such as toilets and sleeping areas for women and girls, considered as human rights, were neglected when community people were moved to stay at a temporary shelter in the wake of natural disasters.

In summary, women's voices have not much been heard in socially-biased communities. They are victims of climate impacts. Mechanism showing the link between these two factors has not yet been put into practice.

Jonathan Gilman, of Unep, said women's participation and gender equality in climate change deals tended to be improving. Following statistics from the Clean Development Mechanism initiated as part of the Kyoto Protocol, only five out of 3,864 projects mentioned gender equality in 1997. At present, gender references are included in up to 65 of 160 intended Nationally Determined Contributions submitted to the United Nations.

A stark increase in gender equality-related policies from 0.1% to 40% within two decades indicated linkages between gender equality, women and climate change, he said. These issues are among top priorities at the policy level in many countries and the Paris Agreement highlighting women's empowerment and climate adaptation.

"Although climate change poses a global threat, it brings us opportunities to change our mindsets on socio-economic policy. Climate change impacts and gender inequality are challenges in just transition that can only be tackled through urgent collective and concerted action," said Kate Lappin, representative of the Asia Pacific Forum on Women, Law and Development.

States have legally binding obligations under international law to respect, protect and fulfil human rights for all, and with the Paris Agreement we also have an international recognition that climate change is an urgent threat to human rights and the planet. With the Paris Agreement and the Agenda 2030 as the point of departure, the workshop covered a wide range of themes to make visible the links between climate change, human rights and gender equality in policy and practice.

This included climate financing, the complexity of the palm oil industry, accountability, law and communication, as well as tasks and responsibilities of different stakeholders.