What Thailand needs to learn from Brexit
Opinion

What Thailand needs to learn from Brexit

What happened on Thursday when the people of the UK voted to leave the European Union (EU) was equivalent to a political seismic movement and an economic tectonic catastrophe that will have far-reaching implications on the global community long into the future.

The next two years of severance negotiations after 43 years of marriage between the United Kingdom and the rest of the EU will be messy and will continue to rattle the global political landscape in a way no observers could pretend to visualise.

We only have to brace for all eventualities. 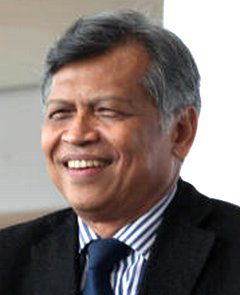 Many have tried to fathom the negative impact of the Brexit on the EU and the rest of the world. But I think the real lesson that should be of serious consideration for Thai people is how similar the causes of the frustration and sense of insecurity, suffocation and despondence that have led the majority of the British citizens to join the Leave EU drive are with our own situation here in Thailand.

A loss of identity, disoriented by the lack of control over their own lives, insecure at the hands of faceless and remote bureaucrats in Brussels all have given rise to a feeling of alienation and xenophobia. It was truly a case of conflict between the Centre and the Periphery.

An increasing number of the Thai people have been feeling disoriented, abused, exploited and suffocated by the archaic centralised bureaucracy too. It was King Rama V who made the real reform to the Thai bureaucracy in 1892 in order to centralise all the power from the principalities around his realm in order to consolidate Bangkok's control to save the country from colonialism ravaging the region. And indeed he was able to save Siam from the French, pushing from the East, and the British, threatening from the South and the West.

But almost a century and a half later, that same centralised and oppressive bureaucracy is still going strong. Decades of economic growth and educational expansion, wealth accumulation and increased political awareness of the people in the region notwithstanding, the impervious centralised bureaucracy has become even more powerful.

Every official, junior or senior, in all areas of government administration have to be appointed by Bangkok. Loyalty lies with the Centre. The locality plays no role in the selection and supervision of bureaucratic officials. And the provinces have had to concede and have been feeling the suffocation and the claustrophobia of narrowing space left for themselves, the residents of the land and the owners of their resources.

Complicated further by unscrupulous and personalised politics through patronage, family network and social connectivity, the Bangkok-centred bureaucracy has become even more distant and less accessible to the people it is supposed to serve.

Economic inequity and income disparity between the Centre and the Periphery are clear, after six decades of economic development efforts. Most of the provinces in the North, the Northeast and the Deep South, register their 2013 per capita income (US$2,000-3,000 or 70,000-106,000 baht) at less than one fifth to one seventh of that of Bangkok and its adjacent Eastern Seaboard (US$10,000-15,000).

Many other indicators in the areas of health, education, infrastructure, media consumption, school drop outs, serious crimes, drug abuse, gender inequality, social and economic discrimination, family violence, inefficiency in the administration of justice, police brutality, violation of human rights, youth unemployment, under employment, teenage pregnancy, etc all point to the fact that the overall quality of life in the peripheral provinces is dramatically lower than that of the people in the centre.

Effectively this is a case of Dickens' A Tale of Two Cities. And this is a major structural defect for Thailand. The political manifestation of this inequity has been dramatic for the past decade and a half. The country has been deeply divided along the income disparity line. The impoverished North and Northeast have been demanding more government services and easier access to the once impervious bureaucracy.

And we have heard of the threat of sedition by the North and Northeast during the height of the confrontation with Chiang Mai and Khon Kaen leading the way, touting their respective "models" of defiance and separation from the control of the Centre. And the rumbling and restless South has been appealing for more space for their unique identity for years!

In this sense, Thailand is suffering from the same predicament as the European Union. The real and urgent lesson for Thailand from the recent catastrophic Brexit, then, is how the governance of the country should be re-calibrated in order to address the same problems that the people of Great Britain have been feeling for so long. And these is the sense of loss of control over their own affairs, loss of identity, loss of opportunity, loss of local resources to the distant authorities in Brussels beyond their control.

It is high time that the Thai bureaucratic system be overhauled before a rebellion of the periphery. The high pitch of reform was heard during the street protests of 2013-2014 until the coup of May 22. Since then there has been very little real effort to bring genuine reform to the most urgent institution, the Thai bureaucracy.

Power must be devolved to the regions. Natural resources must be left in the hands of the local ownership. Space must be given to provincial leadership and genuine popular support. Professionalism and meritocracy must be restored to the bureaucratic and civil service. Public interest and the common good must take precedent over personal and narrow consideration. And the centralised bureaucracy must be scrutinised by and responsible to the locality, not only pledging their loyalty to the Centre.

And genuine and sustainable reform of any public institution will need the participation, the contribution and the ownership of the people who would have to live with and under the new system of governance. To attempt reform by any other means would render it irrelevant upon delivery.

So the challenge before all of us now is to look at our state structure with a longer view. We should not be satisfied with just "the Road Map" leading to the "elections". We should be asking about "The Road Map after the Road Map" that the people were craving during the six month long street confrontation. For that was a true reflection of the real cause of the deep divide in our body politic in the past 15 years.

Dealing with the symptoms will no longer be adequate to heal the gaping wound in our country. We need to deal with the bacteria and the viruses which lie at the roots of our national malaise.

As Brexit diminishes the EU and affects the future of Europe with implications far beyond the European continent, regional disparity as a result of Thailand's parasitic machinery of control will also tear the country apart, if we do not act decisively to reform it soon.

In Europe they are talking about the Rise of the Right to reclaim their loss of sovereignty to Brussels; here in Thailand the phenomenon may manifest itself in the form of the Rebellion of the Left-outs, the marginalised and the periphery.

Either way, the implications will be equally earth-shaking and damaging. 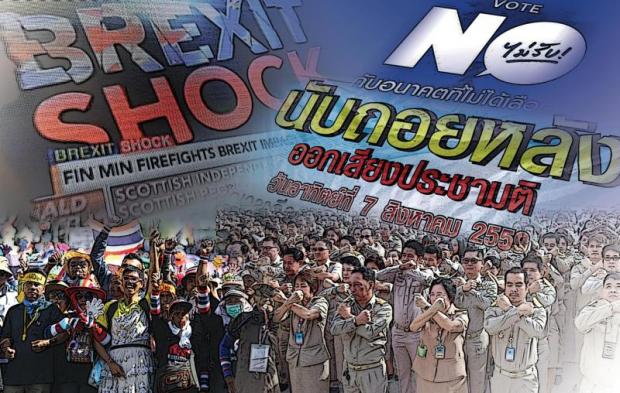