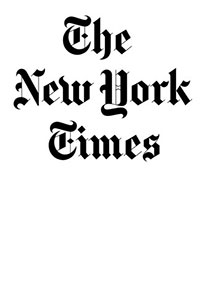 A worker wipes traces of blood from the wall of Ataturk Airport on Wednesday, the day after three suicide attackers killed more than 40 and wounded more than 140. (AP photo)

When three suicide bombers attacked Istanbul's main airport on Tuesday, killing at least 42 people, Turkey began a ritual that it has refined with so many recent bombings: looking for hints as to which of the country's two major terrorism threats was responsible.

During the past year, Turkey has endured at least 14 major terrorist attacks, killing more than 200 people. The Turkish government blamed the Islamic State (IS) for Tuesday's, an assessment many analysts share. But while that group has been accused in some of the attacks, others have been attributed to Kurdish groups.

These two threats are different in many important ways, and the IS and the Kurds are themselves enemies. Even if their beginnings were separate, their violence has become part of a larger and overlapping set of problems, sharing roots in Syria's civil war. What follows is a guide to these two threats, what they have to do with each other and what they don't.

This conflict began in the 1980s, when a group called the Kurdistan Workers' Party, or PKK, started an insurgency. Turkey had long oppressed its minority Kurds, even banning their language. The PKK sought Kurdish independence, a goal later softened to political autonomy.

Geography is important here: Kurds live primarily in southeastern Turkey and in nearby parts of Syria, Iran and Iraq. They are an ethnic group distinct from both Turks and Arabs, but they largely observe the same Sunni Islam as their neighbours.

But something else was happening at the same time: the civil war in Syria. That country also has a long-disadvantaged Kurdish minority, which exploited the chaos to carve out its own de facto ministate. Some Turkish Kurds crossed the border to help, making Syria's now self-run Kurdish region both a haven and an inspiration.

When Turkey cracked down to stifle Turkish Kurds' growing ambitions, it helped begin a cycle of violence that is worsening rapidly. Parts of southeastern Turkey resemble a war zone, with entire towns under siege by the Turkish military and police stations firebombed by Kurdish groups.

Elsewhere in Turkey, Kurdish groups have carried out bombings and other attacks, mainly against military targets, but sometimes hitting civilians. Earlier in June, a group called the Kurdistan Freedom Falcons claimed responsibility for a car bombing in Istanbul's tourist district that killed 11 people.

When Syria's popular uprising began in 2011, Recep Tayyip Erdogan, then Turkey's prime minister, was one of the first foreign leaders who called on President Bashar al-Assad of Syria to step down. His government began sheltering anti-Assad rebel groups that year.

Turkey also tolerated the foreign fighters who crossed its territory en route to Syria, filling border towns with smugglers, fixers and a growing number of long-bearded men intent on joining a fight imbued with extremism.

As the IS began coalescing in Syria and Iraq, Western governments pressured Turkey to crack down on these fighters. But the country was slow to comply, which many Western analysts and officials took as proof that Turkey was more concerned with helping to topple Assad.

"I think Turkey has other priorities and other interests," James R Clapper Jr, the US director of national intelligence, said last year, when asked whether he thought Turkey would do more against the IS.

Turkey has taken some steps against the group, such as allowing the US to use its air bases to launch strikes in Syria and Iraq.

When the IS began losing territory in 2015, it responded with terrorist attacks against its enemies abroad. That appears to have included Turkey, with attacks mainly targeting political rallies or foreign tourists.

Curiously, the normally publicity-hungry IS has rarely claimed credit for attacks in Turkey. Analysts disagree about why. Some suggest the group fears angering the Turkish government and setting off a broader crackdown on smuggling networks it relies upon. Others speculate that the IS is hoping to create confusion that could sow political instability.

If these two threats both gained momentum through the Syrian war, they overlapped fully during one of that conflict's most dramatic moments: the siege of Kobani, a Syrian Kurdish town on the border with Turkey's own Kurdish region.

In 2014, as the IS spread across Iraq and Syria, it arrived at the outskirts of Kobani. The group had massacred Yezidi civilians in Iraq, and Syrian Kurds feared they were next.

Though the US launched airstrikes to help Syrian Kurds defend Kobani, Turkey refused to act in the crisis unfolding right on its border -- and even closed a crossing as Kurdish civilians tried to flee.

For Turkish leaders, aiding Kobani risked strengthening Turkey's own Kurdish insurgency. The Syrian Kurds defending Kobani, in Turkey's view, were allies of the Turkish Kurds wreaking havoc in their own country. Why should Turkey help its enemy create a safe haven on its own border?

But if Turkey's inaction was born of scepticism, many Kurds took it as proof that the country actively sought their destruction at the hands of the IS.

Turkey and Kurdish groups emerged from Kobani, where the IS eventually lost, seeing each other as even greater threats than before. The fighting between them has increased, including some militants' use of terrorist attacks.

Kobani was also part of the beginning of territorial decline for the IS and its subsequent turn to international terrorism.

With no party strong enough to win Syria's 5-year-old war outright, all sides are taking international action to try to break the stalemate. That action often involves pressuring, cajoling, leveraging or outright attacking Turkey, which is central to the war both because it is so close and because of the assertive role it has taken in Syria since the conflict's first months.

These parties include the IS and Kurdish groups, but also Western-backed rebels, who rely on Turkish smuggling routes and the country's policy allowing the US to carry out airstrikes from its bases. And they include Mr Assad, whose most powerful ally, Russia, set off a major geopolitical clash in November by sending warplanes over Turkey's border with Syria, one of which Turkish forces shot down.

Turkey's dual terrorism crises reflect the inescapable complexity of Syria. But they also reflect Turkey's contradictory policy aims, of opposing both Mr Assad and the Syrian Kurdish groups that have broken with him.

Or maybe it's simpler: a result, perhaps inevitable, of living next door to the most intractable violent conflict of the 21st century. ©2016 The New York Times