A killing, a pointed gun and two black lives, witnessing 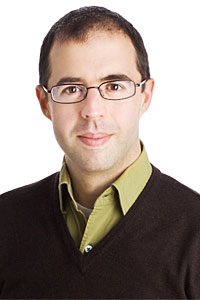 'Stay with me." These are the first words that Diamond Reynolds speaks to her dying boyfriend, Philando Castile, in her video on Facebook Live.

He's slumped in the driver's seat, blood soaking his white T-shirt, a police officer pointing a gun through the car window, as Reynolds' four-year-old daughter sits in the back seat.

We're sadly used to seeing videos of police violence against black citizens: chaotic, abrupt images of a deadly moment. This one, showing a killing's aftermath, is different -- narrative, personal and terrifyingly intimate.

We listen as a woman talks us through her nightmare and tries to talk herself and her daughter out of it alive.

In about 10 minutes, it tells a story of race and law enforcement in America, plays out a life-or-death interaction between a black woman and armed police and shows us a little girl's heartbreaking education.

First Ms Reynolds calmly gives her description of what happened: They were pulled over on Wednesday for a broken taillight in Falcon Heights, Minnesota; Castile told the officer that he had a licenced firearm and reached for his identification, and the officer shot him.

When the video begins, Castile is moving. A minute later, he's still and slack. She worries that he is already gone.

We stay with her.

"We" here refers to the worldwide audience of the video, which had some four million views as of Thursday evening.

We have seen this sort of thing too many times. We saw it just this week, when a mobile phone video emerged of Alton B Sterling, another African-American man, being shot and killed point-blank while pinned to the pavement by the police in Baton Rouge, Louisiana. We saw Tamir Rice and Walter Scott and on and on.

But Ms Reynolds' video is still stunning, not simply for its raw images. It takes us inside a moment of private horror and public witness, showing how the ubiquitous technology of video can be empowering yet leave the viewer feeling helpless.

There are layers to Ms Reynolds' narration. The camera may be a kind of shield; the officer still has his gun drawn, cursing, agitated, and her four-year-old daughter is in the back seat. Ms Reynolds is also telling the first draft of the story, calmly.

And the calmness is a message in itself.

"I told him not to reach for it," the officer shouts.

She says "sir" repeatedly -- "You shot four bullets into him, sir" -- as if to counter any questions about her tone, as if to say, you can comply, you can say all the things you're supposed to say and still this happens.

More officers, guns drawn, tell her to get out of the car and get on her knees. Someone puts the phone on the ground, and you see blue sky and utility wires. You hear the click of handcuffs, sirens, a male voice shouting, cursing.

But you can still hear. You hear Reynolds cry out -- "Please don't tell me my boyfriend's gone!" -- hear her pray for Castile's life, hear her testify for him: "He's never been a gang member, anything."

There's a rustle; there's light. You see, for a second, the face of the young girl who just watched a man shot to death, staring stoically at you.

The video puts you in the moment, but it disembodies you. You are this machine, picked up, dropped down, pulled back out.

Watching, by itself, is a kind of paralysis. We can see this thing -- but we've seen so many tragedies like it by now, and seeing hasn't kept them from happening again and again.

Witnessing, on the other hand -- as an affirmative act, like Ms Reynolds' -- can make a difference.

Without video, this kind of shooting might be an item in a local police blotter rather than national news.

In the shooting of Sterling, the police said that the officers' body cameras had been dislodged, but private-citizen video provided a record, and the Justice Department opened an investigation.

Witnessing spurred the Black Lives Matter movement. After the video of Castile's shooting appeared, people protested in the streets and gathered online to commiserate and to share advice on how to record encounters with the police.

But for all of video's power to bring us directly into a moment, it can't help but remind us of the gulf between virtual and physical presence, as Ms Reynolds' livecast does in its last wrenching minute.

She sits in the back of a police car, handcuffed, with her daughter. She makes her case again: "The police just shot him for no apparent reason."

She tells any friends watching live that she's going to need a ride. Finally, she loses her composure and screams.