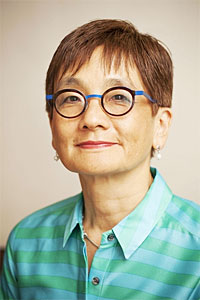 An 18-year-old, eight months pregnant, rests outside her room at the Association for the Promotion of the Status of Women. (Reuters photo)

Childhood was tough for Patty, a Thai teenage girl. After years of abuse at the hands of her father, desperation drove her into the arms of a much older man when she was just 13. A year later Patty, who is now 18, was pregnant, resulting in yet more violence against her, this time from her boyfriend. Patty fled again, and was forced to quit school. For the next two years, she moved between her abusive father, boyfriend and state-run shelters -- eventually settling at the Emergency Home for young mothers in Bangkok, run by Thailand's Association for the Promotion of the Status of Women.

In 2009, Rachana Sunar's parents were about to marry off their 15-year-old to a man she'd never met. Most girls in rural western Nepal are subjected to the age-old practice of child marriage. But Rachana tricked her parents by telling them that if she dropped out of school, they'd have to pay back the three years of her scholarship. Rachana's ruse was inspired by her determination to show her family and society that girls are just as valuable as boys.

Around the same time, in Lahore, Pakistan, 12-year-old Zeenat Rafiq befriended Hassan Khan, two years older than her. Over the next few years, their relationship blossomed into romance, despite bitter opposition from Zeenat's mother who was adamant her daughter would marry a man from their own caste to "maintain the family's honour". When the youngsters eloped, it was the final straw. Last month, less than two weeks after her wedding, Zeenat was murdered -- strangled and set on fire by her very own mother. 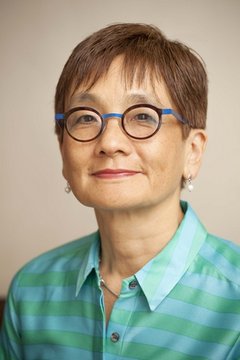 These and other stories from across Asia and the Pacific prompt the question as to what sort of future awaits the more than 325 million girls aged 10-19 across our region, as countries and UN partners aspire to fulfill the 2030 Agenda for Sustainable Development, underpinned by the Sustainable Development Goals -- a vision of a world that ensures dignity and equality for all, leaving no one behind.

But we cannot approach this vision, let alone achieve it, unless we make a collective effort to remove the barriers and challenges that prevent aspiration from transforming into reality. Millions upon millions of girls and women will be left behind if we don't create and sustain opportunities for them to shape their future.

How do we tackle inequalities and discrimination on so many fronts?

We begin by honestly acknowledging these challenges, recognising the obstacles to individual and national well-being, using data for evidence that can no longer be ignored. Evidence that narrates stories of child marriage and female genital mutilation; stories of deeply-rooted and disempowering gender roles; stories of unequal power and voice for girls and women; stories of outright and frequently fatal discrimination, including a widespread preference across cultures for boys over girls.

Far too often girls and women suffer violence within their families or at the hands of their partners. And far too often these evils are overlooked and even condoned by influential sectors of society -- from governments and politicians to faith leaders to family members who cling to age-old beliefs that hinder and harm rather than nourish and nurture.

Investing in girls means ensuring that girls are no longer invisible.

Legislation, services and programmes must focus on the very specific realities and needs of adolescent and teenage girls -- including sexual and reproductive health and rights, the scourge of gender-based violence, the urgent need for comprehensive sexuality education. And, arching over all of this, the realisation that girls are not merely recipients of largesse but agents of development and change, in charge of their own destinies and futures.

Ultimately, girls deserve to be loved and cared for and live in safety and freedom simply because they are people. They have that right -- and countries have signed on to guaranteeing that right and we as adults are obliged to assure them that right.

Zeenat's story had a tragic outcome, but it has shaken Pakistan's justice system into prosecuting her mother for her murder.

Rachana's story has had a far happier ending. Today, she runs her own NGO in Nepal to tackle child marriage, and has already helped dozens of teenage girls escape that fate.

In Thailand, where over one million babies were born to teenage mothers over the last 15 years, genuine change may be on the horizon. The government's new Prevention and Solution of Adolescent Pregnancy Problem Act, which takes effect this month, aims to significantly reduce teen pregnancies, and provide better help to those who become mothers at far too early an age.

But for the legislation to succeed, minds and hearts have to change across Thai society -- addressing stigma against issues of sex and sexuality, embracing sex education for the empowering platform it truly is, allowing youth below 18 years to gain access to contraceptives and other services that safeguard and protect, tackling violence against girls in the context of families and relationships, respecting young persons as individuals in their own right.

Patty is just one of the many who welcomes these developments. Today she's taking care of her son and is determined to finish school, despite the challenges. For Patty's sake, and for millions of teenage girls across Asia-Pacific, we must ensure that investing in girls yields a truly human, and happy, dividend.