The price of exposing military brutality 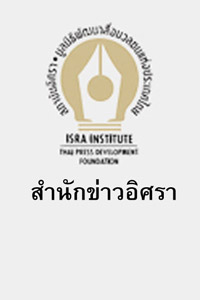 The wold 'missing' attached to an empty chair at an event to mark the 12th anniversary of the disappearance of human rights lawyer Somchai Neelapaijit. The lawyer had provided legal assistance to Muslim suspects in security cases in the deep south who were tortured during interrogation. Apichart Jinakul

Last Tuesday saw two separate incidents of civilians facing prosecution for charges brought against them by security officials for their exposition of torture acts in Thailand's security units. The two cases underline a lack of tolerance and respect for human rights in the police and the army.

The first incident involves three human rights activists, Somchai Homla-or, Anchana Heemmina and Porpen Khongkaconkiet, who reported to Pattani police to acknowledge and defend defamation charges for their report on torture and ill-treatment inflicted by soldiers in the deep South in 2014-2015.

The second is a new development in which the police detained Naritsarawan Kaewnopparat who faces defamation offences for her social media revelation of details around the death of her uncle, Wichian Puaksom, an army conscript who died in the Narathiwat Ratchanakarin army camp five years ago.

Torture has become more common in the insurgency-plagued South of Thailand where suspects of national security threats have suffered torture and ill-treatment for many years. The situation began with the aggressive search for the culprits in the well-known theft of assault rifles from an army camp in Narathiwat on Jan 4, 2004. During that time, the Thaksin Shinawatra government mobilised police forces and army officials from the Internal Security Operations Command (Isoc) Region 4 in an effort to locate the 300-plus stolen guns and the culprits and their conspirators. The search resulted in widespread arrests and torture of suspects.

One of the most well-known suspects is Anupong Panthachayangkoon, a kamnan from Narathiwat's Sungai Padi district, who was later freed after the public prosecutors decided not to indict. After that, Mr Anupong lodged a complaint with the Office of the National Anti-Corruption Commission against Pol Gen Panupong Singhara na Ayudhya and his 18 colleagues for detaining and torturing him and other suspects during their interrogation. The NACC dropped the case citing insufficient grounds.

At a public forum in 2014, Kamnan Anupong revealed details of the torture against him during the police's interrogation. He said he was beaten and lost two of his teeth. His legs were tied up as police officers threw him out of a flying helicopter and hung him from it. They even put him in a freezing room. His children and wife were tortured in front of him. After all of these incidents, and for the sake of the safety of his family, he decided to do what the police asked him to: make a public confession that he was a culprit in the gun robberry and a false accusation against Hayeesulong, the father of Pattani Senator Den Tomeena, and the Wadah faction of Muslim politicians under the now-defunct Thai Rak Thai Party for committing treason and masterminding the attack.

Mr Anupong also linked his case to the the disappearance of human rights lawyer Somchai Neelapaijit who had provided legal assistance to him and the other suspects. He has been missing since March 12, 2004. According to Mr Anupong, the police team involved in the alleged torture expressed their worry over Mr Somchai's role in the case.

Mr Anupong said Mr Somchai requested to meet him on March 8, 2004, four days prior to his disappearance, but the police did not allow him to. After that, the police told him that the meeting would not happen because they already killed the lawyer and burned his body in Ratchaburi, threatening that he would also face the same fate.

The officer who said he killed Mr Somchai was the same officer who tortured him, Mr Anupong said. Later on, the officer told him his boss ordered him to do so for fear of not being promoted if the truth was revealed.

The other high-profile case involving the arrest of Ms Naritsawan also depicts torture in the military. She exposed the circumstances of the death of her uncle, army conscript Wichian, who was beaten to death by soldiers during military training in Narathiwat Ratchanakarin army camp in 2011. Ms Naritsawan was charged with defaming the military and disseminating false information on the internet for her post on social media and a TV interview revealing that torture was the cause of her uncle's death last year. Although forensic evidence of her uncle's death supports her claim, the case gained public attention after she exposed the case on social media.

The family of army conscript Wichian had filed complaints against the Ministry of Defence, the army and the Office of the Prime Minister (as a supervisory body of Isoc). The Civil Court in February 2014 ruled in favour of the plaintiff and asked the army to pay them compensation of 6.5 million baht.

On criminal offences, the family filed complaints against the soldiers who tortured Private Wichian. But the complaint had to be handled by the Military Court as it involved military officials. As a result, the plaintiff in the case is not the family but the military prosecution office. The case is still under investigation by the Office of Public Sector Anti-Corruption Commission.

The two incidents reflect how our security forces have become ignorant to human rights principles. Even though Thailand has signed the International Convention for the Protection of All Persons from Enforced Disappearance (CED) since January 2012, it is yet to ratify it. There has also been a delay in enacting the Torture and Enforced Disappearance Prevention and Suppression Bill which, when it comes into effect, will criminalise torture -- a commitment that Thailand has made to the international community.

Nattharavut Muangsuk is a documentary producer and former reporter of the Isra News Agency and the Deep South Watch. The article originally appeared in the Prachathai website (www.prachathai.com)

Nattharavut Muangsuk is a documentary producer and former reporter of the Isra News Agency and the Deep South Watch. The article originally appeared in the Prachathai website (www.prachathai.com).