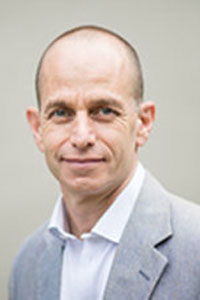 Daniel Kertesz WHO representative to Thailand

One of the most important decisions an expectant mother will make is whether to breastfeed her baby. It is critical that both women and their health practitioners have access to accurate, scientific, evidence-based information to guide them when making this decision. The current marketing by baby food companies, which is often promotional in nature, puts this process at risk.

The World Health Organisation (WHO) and Unicef recommend that babies are fed nothing but breast milk for the first six months of their lives, after which they should continue to be breastfed -- at the same time as eating other safe and nutritionally adequate foods -- until two years of age or beyond. This recommendation is based on extensive scientific studies conducted around the world.

Despite the benefits, poor breastfeeding practices are still common. In Thailand less than 30% of newborns are breastfed exclusively during their first six months of life. This is a very low figure; the lowest in Southeast Asia.

To ensure that mothers have the right information to make the most appropriate decision on how to feed their babies, the Ministry of Health will soon table a bill before the National Legislative Assembly (NLA) -- a bill to control the marketing of breast milk substitutes.

The Control of Marketing of Infant and Young Child Food Act is a comprehensive draft law that will ban all advertising for infant formula as well as other food products for infants and young children. It will forbid sales promotion activities such as giving discount coupons, free samples, gifts and prizes, which companies use to attract customers. Medical, nursing and public health personnel will also be bound by the act to support, promote and protect breastfeeding. Violators will face stiff fines.

WHO supports the draft act and welcomes the country's first piece of legislation in support of breastfeeding. This much needed law will protect not only the health of children, but also their mothers.

There are two important reasons why Thailand needs this act.

First, the act promotes breastfeeding as the healthiest option for children and mothers. Breast milk is safe, clean and contains antibodies which help protect the infant against childhood illnesses such as pneumonia. According to research published this year in The Lancet, increasing breastfeeding to near-universal levels could prevent more than 820,000 annual deaths among children younger than five years. Moreover, children who have been breastfed perform better on intelligence tests, are less likely to be overweight or obese, and less prone to diabetes later in life.

Mothers who breastfeed also reduce their risk of developing breast and ovarian cancers and type 2 diabetes. At current breastfeeding rates, an estimated 20,000 deaths from breast cancer are prevented. This could be increased if more women breastfed for longer with each child.

Second, the act will ban all advertising for infant formula as well as other food products for infants and young children. The provisions of the Thai act are in keeping with the International Code of Marketing of Breast-milk Substitutes, a set of recommendations passed by the WHO. In the spirit of the Code, the NLA adopted a resolution in May 2016 calling upon countries to end inappropriate promotion of foods being marketed to infants and young children up to the age of three.

The Thai act includes provisions to ban producers from overstating the benefits of infant and follow-on formula or claiming that they are the same as or equal to breast-milk. There have been criticisms that such provisions are excessive, and producers argue that they are unnecessary because milk formula and baby food are not dangerous products.

To be used safely though, infant formula requires clean water, the ability of the mother or caregiver to read and comply with mixing instructions and a minimum standard of household hygiene. These conditions are not met in many homes around the world, a situation which contributes to childhood diarrhoea and respiratory infections. Moreover, formula milk can have high levels of added sugar, saturated or trans-fats, or salt.

Baby milk and food are big business. Globally sales of breast milk substitutes total US$44.8 billion (about 1.5 trillion baht) and are expected to reach $70.6 billion by 2019. Given the significant revenue potential, manufacturers often use well-funded public relations campaigns and powerful lobbies, to undermine legislative efforts to control their aggressive and often inappropriate methods of marketing breast-milk substitutes.

Though there are many contributing factors, the marketing practices of infant formula manufacturers are a key factor in Thailand's low breastfeeding rate. Studies have shown that advertising and marketing techniques, as well as "educational materials" from manufacturers negatively influence mothers and their families when they decide about exclusive breastfeeding.

The Thai act states that the information provided on labels and product brochures must be scientific and factual in nature. It cannot be promotional in tone or designed to persuade mothers to buy their products. This is critical for women and healthcare providers to make informed decisions.

Many women face challenges in breastfeeding their newborns, especially in the early days. With support and time, most can go on to have successful and fulfilling breastfeeding relationships with their children. The overt and inaccurate promotion of formula as an equal substitute to breast milk often discourages expectant and new mothers from persevering with breastfeeding. The Thai act is a critical step in stopping this harmful practice.

In Thailand the baby food lobby is trying to dilute the provisions of the proposed law. While accepting that infants should be exclusively breast fed for their first six months, the companies argue it's not necessary beyond that time, and they want to be allowed to freely market formula and other baby food products.

WHO recommends that breastfeeding continue until children are two years of age or beyond, based on sound scientific evidence. It is estimated that universal coverage of optimal breastfeeding practices could avert 13.8% of deaths occurring globally each year among children aged less than two years. Moreover, increase in the duration of breastfeeding can reduce the incidence of invasive breast cancer by 7% and ovarian cancer by up to 30%.

There is no equal to breast milk. Evidence shows that nearly all mothers can and will breastfeed if they have accurate information and support. This is why it is all the more important for health authorities to be given the necessary legislative tools to regulate and reduce inappropriate marketing of breast milk substitutes and other foods. We urge legislators to protect the health of mothers and children by passing this landmark Act.

WHO representative to Thailand