Peace talks must focus on rights 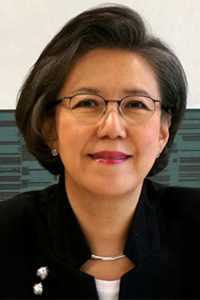 This Wednesday Myanmar will hold the "21st Century Panglong Conference" -- the latest step in the country's long peace process. It will be a moment imbued with symbolism.

In 1947, Aung San Suu Kyi's father, General Aung San, led the Burma delegation at the first Panglong Conference which reached a breakthrough agreement with three armed groups and is still etched in the popular memory of the country today. A lot is at stake with this Panglong Conference. As with the peace process generally in Myanmar, this is the opportunity to transform the country, into a state the people of Myanmar have wanted for several decades. But to do so it must be fully inclusive.

Getting all of the Ethnic Armed Organisations (EAOs) to the table is a major challenge in itself. There remain three groups, still in active combat, that were excluded from discussions on the Nationwide Ceasefire Agreement (NCA) and how they will participate in the Panglong Conference is still confusing. There has been much focus on the inclusion of these groups and this is important, especially given human rights violations which are particularly prevalent in areas of continuing conflict.

But inclusivity is more than just about political players as it is also about all stakeholders. Experiences in other countries have shown time and time again the need for women to play an equal part, for grassroots organisations and civil society to have a strong voice and for information to be freely available for the people to follow developments. These are the ingredients for a sustainable, inclusive process which can propel the country forward and into the prosperous future for all.

Unfortunately, during my recent visit to Myanmar I saw signs that the peace process risked neglecting these fundamental aspects. Myanmar has only a couple of days before the Panglong Conference and quick changes should be made to ensure these vital aspects are addressed.

Studies have shown the involvement of women in the peace process increases the likelihood of an enduring agreement. While the NCA contained several important provisions on issues related to women -- Myanmar in general has not performed well so far on this score, with women comprising only 16% of the senior delegation negotiating the NCA. Unfortunately, so far there are little signs of this improving as the new government has not confirmed the commitment made by the previous one to guarantee at least 30% women representation.

Governments come and go, all with their own priorities and agendas. As civil society organisations (CSOs), as well as grassroots organisations, are at the front line seeing and experiencing the actual situation of a community, they have the institutional knowledge of the historical context of problems and various methods to address them. Often they are the only ones that address important issues of both marginalised and mainstream society that governments either avoid, or fail to address, or sometimes do not have the capacity or will to address the very important human rights issues at hand. Therefore, it is imperative that an environment be established for a vibrant civil society to thrive.

CSOs in Myanmar have played a vital role in conflict areas, supporting, empowering and aiding populations and, as such, have a unique insight and must be involved in all aspects of the peace process. During my recent visit to Myanmar, the CSOs told me there is a reluctance to allow them to be involved in peace process issues deemed "political" despite the fact that many of these areas have a direct link to human rights concerns. I have been assured civil society will have a central role in the process and there will be a "Civil Society Organisations Peace Forum" but this process is not totally clear. It is vital that CSOs be allowed input on all areas.

On the other hand, it had been announced that political parties which failed to win seats at the recent elections will be part of the CSO forum, and not the conference itself. CSOs and political parties are fundamentally different organisations. Blurring the lines in this way will undermine the important role that both have to play.

Youth, as the future of the country, must also play a role and I was disappointed to hear comments from senior individuals that the outcomes of the recent ethnic youth summit will not be considered in the process. But the young people themselves must also remember the importance of inclusivity, not just among armed groups but within all communities.

Underlying the decades of conflict are basic human rights issues linked to discrimination and minority rights, land rights and a host of others. Addressing these issues in the peace process will be key to building a new Myanmar. But the extent to which these key issues will feature in discussions also remains unclear.

So far, with Panglong just around the corner, there is little clarity on the exact process that will be followed. There has been a failure to inform the public and, more importantly, affected communities.

The Panglong Conference will just be a first step, but it is an important one. As such, it is vital that human rights concerns are fully integrated, not just in discussions but also in the process -- the build-up and make-up of the conference. Myanmar has an opportunity to showcase how a peace process should be done and that fixing these vital areas before the 21st Century Panglong Conference is both possible and would pay dividends in future progress.

Yanghee Lee is Special Rapporteur on the situation of Human Rights in Myanmar.

Special Rapporteur on the situation of Human Rights in Myanmar

Yanghee Lee is Special Rapporteur on the situation of Human Rights in Myanmar.