Get used to more frequent and severe emergencies
Opinion

Get used to more frequent and severe emergencies 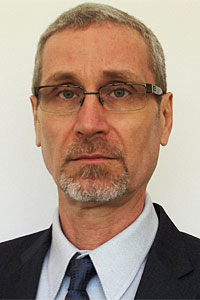 As Taiwan and China count the cost of Super Typhoon Meranti, the strongest storm of the year, the lingering effects of a slow changing weather pattern triggered by El Nino are simultaneously causing havoc across Asia.

Despite being pronounced dead in April, the impact of the "Godzilla" El Nino is still being felt by more than 30 million people in Asia, and 60 million around the world. The United Nations says the global figure could reach 100 million by year end with food shortages yet to peak.

Potentially making matters worse, there is at least a 1 in 3 chance that a La Nina weather phenomenon will form in the Pacific Ocean before the end of the year. If that happened, it could bring more extreme weather to already affected areas.

In Vietnam, the El Nino-exacerbated drought has caused dangerous levels of saline to seep into the country's rice basket, the Mekong Delta, as well as underground water sources. Alongside poor rainfalls, salt-poisoned crops have had a devastating impact on food growth across a massive 340,000 hectares of farmland.

The drought's impact has extended to the central highlands, where food is also scarce and farmers have already eaten their reserve food stocks, normally saved for the lean monsoon season ahead.

Farming families like Rmah Khoa's lost their entire annual crop of rice and cassava, and found themselves heavily reliant on government support and food distributions from humanitarian and development organisations like Save the Children.

"We have a prolonged drought this year," said 21-year-old Rmah, weeks after the rains should have arrived. "I cannot farm rice and cassava in accordance with the annual season calendar." Even if the rains have now resumed, the long-term impact of the drought is still being felt. In Vietnam's central highlands, water levels in reservoirs fell to record lows and an estimated two million people faced water shortages. In some drought-ridden communities, local health workers reported a tripling of water-borne diseases.

The government said at least 1.1 million people were still in need of food aid and 1.7 million had lost their livelihoods from the nation's worst drought in 90 years.

In Indonesia, at least 1.2 million people are still feeling the effects of El Nino after having previously suffered poor annual harvests and intensified seasonal fires.

In Cambodia, rice growing had to be delayed or cut short because of the weather phenomenon, which has affected more than 2.5 million people nationwide.

Across the globe, at least 37 countries are suffering from the protracted impacts of one of the strongest El Ninos on record, made worse by climate change.

Should La Nina form and bring with it more extreme weather, vulnerable communities will be placed at even greater risk. Alarmingly in Asia, a region accustomed to dealing with "rapid onset" emergencies like typhoons, earthquakes and tsunamis, the international response by aid and development agencies to this "slow onset" crisis of climate change has been underwhelming.

There have been competing humanitarian demands around the world of course, including conflicts in Syria, Iraq, Yemen and South Sudan, drought in eastern and southern Africa and a refugee crisis on Europe's doorstep. However, more than 34 million people are still affected by El Nino in Asia, and they appear to have fallen off the global agenda. Even though El Nino was declared to be an incipient emergency two years ago, in some countries initial needs assessments are only just commencing.

This is dismally slow. The humanitarian and development community comprising governments, local communities, international and national NGOs, and UN bodies need to step up and urgently improve how we respond to slow onset emergencies. This includes the deadly flooding currently causing havoc in parts of Asia like India, China, Bangladesh and Nepal, where more than 35 million people have been affected.

Emergency responses must include schools and students as disasters almost always affect them. Existing social protection schemes like cash transfers could be used to lessen the impact on vulnerable households too. Given the poorest households will be disproportionately affected, we need to ensure poverty reduction strategies in Asia build in ways to reduce the impact of slow onset disasters.

We also need a more open dialogue with governments and donors, and greater funding commitments earlier -- before the media shows images of dying livestock and parched crops; before families like Rmah's have to eat their reserve food stocks.

Slow onset emergencies are here to stay in Asia, and could become more frequent and severe in areas where this type of disaster was not common. The sooner we adapt, including embedding disaster preparedness firmly into development best practice, the more needless suffering we can prevent.

Greg Duly is Save the Children's Asia Regional Director.

Save the Children's Asia Regional Director

Greg Duly is Save the Children's Asia Regional Director.