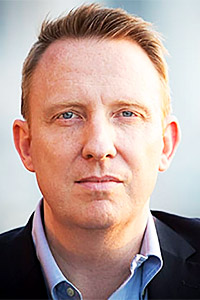 An Aug 12 photo shows the damage caused by explosions in the centre of Hua Hin, part of coordinated attacks believed to have been carried out by southern insurgents.  Pattanapong Hirunard

The government and the rebels in the South are talking, and their words say they want to find a way to end the insurgency, but their actions suggest both sides would prefer the current dreadful stalemate to the difficult compromises that would be necessary for real peace.

The talks between government officials and Majlis Syura Patani (Patani Consultative Council) or Mara Patani, the umbrella body of five separatist groups, have made little progress and the main insurgent group, the Barisan Revolusi Nasional Melayu Patani (Patani-Malay National Revolutionary Front, BRN), has kept aloof from the process. A pernicious stalemate prevails, with both state and militants preferring hostilities to compromise.

Unlike a mutually destructive stalemate that compels compromise, the impasse in the far South is anodyne; though dreadful, it is insufficiently painful -- for the combatants at least -- to force them to seek a negotiated end to the conflict. The Thai government and BRN both have ready explanations for their reluctance resolve the conflict through talks.

The National Council for Peace and Order (NCPO) professes to support dialogue to end the insurgency but has refused to endorse an official dialogue process with the Mara Patani. The NCPO appears to be caught between being seen, by local people and the international community, to do the right thing by talking and an abiding fear bordering on paranoia that dialogue will elevate the status of the separatists, paving the way for international intervention and eventual partition of the country.

The only dialogue the NCPO seems genuinely interested in is negotiating the surrender of militants: "That's real dialogue," as one military officer put it to Crisis Group. In unguarded comments, Prime Minister Prayut Chan-o-cha has questioned the necessity and propriety of talks with the rebels, which he described as a legacy from the previous government and a potential legal quagmire. The NCPO's argument that the rebels should return to the legal fold and work for peaceful change rings hollow because it has outlawed political activity.

For its part, BRN has rejected the existing process and impugned the Thai government's sincerity. It insists it will only join a dialogue process with international mediation and observers, a stipulation that stokes the regime's fears of internationalisation. But the BRN also seems to be inhibited by its own parochialism, evident in the lack of a detailed political platform and capacity to participate constructively in talks.

And without the BRN, the insurgent negotiators have a legitimacy problem. The Mara Patani was formed in 2015 specifically to negotiate with the government, but many observers doubt they can speak for a critical mass of fighters, or that they have the broad political networks within the southern provinces that would allow them to truly represent the views of ordinary people. Professed BRN members hold leading positions in the Mara Patani, but do not have the sanction of the group's leadership.

Meanwhile, with local civil society increasingly stifled, prospects for bringing popular pressure to bear for genuine dialogue are slim. On Wednesday, a network of civil society groups in the deep South organised a seminar in Pattani to commemorate the International Day of Peace. Although organisers had earlier obtained permission to hold the event, local authorities shut it down.

Under these circumstances, dialogue is stymied and violence persists. Coordinated bombings on Aug 11-12 bear the hallmarks of insurgent operations and represent a worrying escalation. These Mother's Day attacks on popular tourist areas north of the customary conflict zone in the southernmost provinces killed four people and wounded 30. Although senior officials continue to deny any connection between the bombings and the insurgency, police investigations indicate that insurgents carried out the attacks and all related arrest warrants are for Malay-Muslims.

Having crossed the threshold of operations against tourist targets, there is a real prospect the rebels will stage further attacks outside the customary conflict zone. The Mother's Day bombings indicate the militants' capacity to inflict greater damage on lives, property and the economy. This would be disastrous. They may succeed in damaging the tourism industry, but at the cost of pushing the government toward an iron-fisted response with enthusiastic support from a broader Thai public that to date has been largely indifferent to the insurgency. In turn, an enhanced security response risks fostering state abuses that fuel militant narratives of Siamese oppression, and potentially open the door to more extreme radicalisation. Should future attacks cause foreign fatalities, the BRN risks earning the international community's opprobrium, which it has so far avoided.

The Mother's Day attacks illustrate the risks of pursuing a pro forma dialogue that leaves out the main insurgent group. The NCPO should reconsider its approach of containing the insurgency and seeking militant capitulation rather than a comprehensive political solution. The government needs to develop avenues of exchange with the BRN's leaders aimed at starting official peace talks. The NCPO should also restore rights to freedom of expression and assembly. A lasting resolution to the conflict requires sustained public participation.

The BRN should reciprocate any overtures from Bangkok and be prepared to show gestures of goodwill up to and including a ceasefire to demonstrate that it is genuinely interested in a compromise solution. the BRN should subordinate military operations to pursuit of viable political ends and observe its obligations under International Humanitarian Law, including an end to attacks on civilians.

Mara Patani can still play a constructive role, but it should be candid about the extent of its influence inside Thailand and work toward a broader dialogue that includes the BRN.

Divisions and capacity constraints pose major challenges but are a less immediate obstacle than a lack of determination to negotiate a settlement. The belligerents need to take seriously their obligation to those they claim to represent to find a peaceful resolution, based on a decentralised political order that respects local identity and aspirations while preserving the unitary state. The government needs to understand that there will be no peace without compromise, and that a degree of autonomy does not necessarily lead to national dissolution.

Matt Wheeler is South East Asia Analyst at the International Crisis Group, a transnational non-profit organisation that is committed to preventing and resolving violent conflict.

Matt Wheeler is South East Asia Analyst at the International Crisis Group, a transnational non-profit organisation that is committed to preventing and resolving violent conflict.