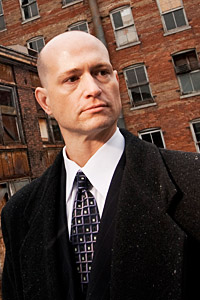 Investigators haul evidence from the apartment of Arcan Cetin in Oak Harbor, Washington state, after Cetin was involved in the murders of five people at a nearby mall last week. (AP photo)

When the news of a mass shooting breaks, there are often three questions that come to mind: How many people are dead? Who was the shooter? What was their motive?

The last question is one that tends to engage the media, and bleed into the minds of the public.

Motive (from the Latin word motivum, meaning "moving cause") is what moves a person to commit a certain act. In US criminal law, there is no requirement to prove motive to reach a verdict. However, motive may be shown by the prosecution in order to prove that a defendant had a plausible reason to commit the crime. A defendant's motive may be either rational (ie, understandable to the average person) or irrational (ie, it may be caused by mental illness).

The question of motive can be hard to answer -- unless one devotes substantial time and effort, using the correct approach and the right expertise. A model example of this is the A&E investigative documentary Columbine -- Understanding Why. At the request of the Littleton, Colorado District Attorney's office, forensic psychiatrist Park Dietz and colleagues performed a thorough "psychiatric autopsy" of the two teens responsible for the 1999 tragedy at Columbine High School.

Through several interviews and painstaking data gathering, Mr Dietz was able to conclude that the two shooters had multiple motives: Power, respect, control and revenge. Mr Dietz noted that the perpetrators also "did it to gain infamy" and to leave a legacy in order to inspire others.

Common rational motives for criminal acts include greed, anger, jealousy and the other ignoble human motivations. In contrast, an irrational motive typically involves symptoms of psychosis, such as a paranoid delusion that someone is trying kill you. When you believe your situation amounts to "kill or be killed", you may lash out to stop your misperceived persecutor. But note that this example nevertheless represents a motive -- albeit one that might be described as "rationality within irrationality".

While motive can depend upon a seemingly endless combination of bio-psycho-social factors, even in the most heinous and difficult to fathom crimes, there is motive. The popular myth that the perpetrator of a mass shooting "just snapped" has been debunked.

Prior to Charles Whitman's 1966 mass shooting from atop the University of Texas tower, many cases of mass murder involved a depressed and angry man who killed his family and then himself. Such cases did not capture much media attention.

Why? They were regarded as "family business" and were "too close for comfort", according to Mr Dietz. In contrast, mass shootings beginning in the 1990s have been covered intensely by the media and appear to be a different type of violence, at least in the eyes of the public. Compared to familicide-suicides, these "modern" cases are likely distant enough from the average person's experience to capture the public's attention with morbid fascination.

The news media often heavily influences public perception of mass murders, offering simplified explanations that assume the perpetrator is either "mad" or "bad". Such simplistic explanations are easier for the media to report and for the public to accept. Psychiatric illness, while present in some mass murderers and mass shooters, is far from the most significant or consistent finding when individual cases are analysed in great detail. No research has reliably established that most mass murderers and shooters are psychotic or suffering from a serious mental illness. However, many have been found to have been preoccupied with feelings of social persecution and fantasies of revenge for some type of perceived injustice. Studies of mass murderers have found that it is not uncommon for them to leave some type of final communication. Indeed, the study of mass murderers' final communications has led to a greater understanding of their psychology and motivations.

From a public health perspective, a better understanding of mass murderers' motives is the only rational way to prevent these tragedies and to dispel harmful myths that could lead to ill-informed crackdowns on those suffering from mental illness. This is not only an ineffective way of solving the problem, it is quite misguided: Only a small fraction of persons with serious mental illness are violent. Even if we were to assume a causal association between serious mental illness and violent crime, the overall contribution of this population to violent crimes in society is only about 3% to 5%. Thus, focusing broadly on persons with mental illness as a "risky" population is similar to what we observed after Sept 11, 2001, when anyone of Middle Eastern ancestry was viewed with heightened suspicion. But, concluding that a mass murderer's motives are "senseless" and therefore unworthy of study is also too broad a determination, one that risks preventing future tragedies.

Comparatively, little study has focused on sociocultural motives. Sociocultural factors may provide critical data for prevention efforts that extend beyond individual factors such as mental illness or efforts to "profile" offenders. The investigation of social and cultural factors seems reasonable, if not obvious, when attention is paid to the words perpetrators leave behind. For example, the Sandy Hook Elementary School shooter posted online in late 2011: "[You know what I hate]… Culture. I've been pissed out of my mind all night thinking about it." Elliot Rodger, the Isla Vista, California, shooter, posted a manuscript online in 2014 stating, "Humanity is a cruel and brutal species".

PE Mullen keenly observed that perpetrators of mass shootings acknowledged being influenced by previous mass murderers who received significant media exposure, which may be one important factor contributing to the breeding of these tragic events in Western society. Extensive and sensationalistic media attention beginning in the 1990s may have further perpetuated what Mr Mullen describes as a "script", resulting in a perverse glamourisation of the act, particularly in the eyes of subsequent perpetrators. The study of individual cases of mass shootings that have occurred since the '90s suggest that perpetrators often felt socially rejected and perceived society as continually denouncing them as unnecessary, ineffectual and pathetic.

By becoming a lone protester against an "unjust" reality, the perpetrator creates and assumes a victim role in which he can win -- even by losing. Western society in particular has had a long-standing fascination with the tragic anti-hero or outlaw, the Bonnies and Clydes of American history. Their short, violent lives have become the stuff of legend. For the perpetrator, such a tragic revenge establishes a connection with spectators who will not soon forget what they have seen. Thus, a further extension of Mr Mullen's Western cultural script may be characterised as the Script of the Tragic Anti-Hero, which details motive in the following "acts":

1. The perception of a ruined social identity

2. The experience of persecution and social alienation

3. The formulation of plans to reclaim the identity via tragic revenge

4. The need for the tragic revenge to be dramatic in nature

5. The public enactment of tragic revenge

6. The aftermath of media coverage and propagation

Rodger's final written communication appears to follow this script precisely: "Humanity has rejected me... Exacting my retribution is my way of proving my true worth to the world."

As supremely selfish and unacceptable as this is, it represents motive laid bare. ©2016 Zocalo Public Square