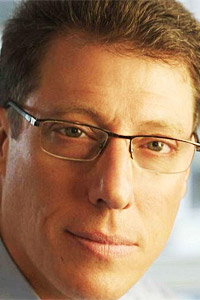 Israelis stand in line at the Knesset to attend a memorial ceremony for Shimon Peres, the ninth president of Israel, former prime minister and Nobel Peace Prize laureate. (EPA photo)

Shimon Peres's death on Wednesday struck a deep and sad chord for Israelis. They never united behind Peres the politician, who served as prime minister twice without being elected. They came to revere him, however, when he served as president.

When the 93-year-old Peres was hospitalised two weeks ago after a severe stroke, it evoked a greater response than the final chapters of other countries' leaders because he was the "last man standing" -- the last of the iconic group of men and women who surrounded David Ben-Gurion in the years before and after Israel's independence. Israelis have lost their last remaining "father figure".

When Ben-Gurion died in December, 1973, just weeks after the catastrophic Yom Kippur War, one Israeli scholar and novelist noted that Israelis watched his funeral on TV "as if they were watching their own". If there was consolation to be had then, it was that Israel was an unquestionable success with a bright future.

Israel's leaders were people -- Moshe Dayan, Golda Meir, Yitzhak Rabin and others -- who had been instrumental in getting the British out of Palestine and establishing the state. Israelis could look to their trusted founders and attribute many of the country's trials and tribulations to the fact that it was very much a country still in the making.

Peres's death brings a sort of finality to Israelis -- an awareness that that fact is no longer true. And that finality comes at a time when the country -- and indeed, many observers of the Jewish people -- is feeling particularly sober.

Although Prime Minister Benjamin Netanyahu's government appears stable, his feud with US President Barack Obama seems to have subsided and the borders are relatively quiet, the quiet is deceiving, and Israelis know it.

Its military prowess notwithstanding, Israel still faces potentially existential threats. Most obvious is Iran, which apparently hasn't given up its dreams of having nuclear weapons. In a clear violation of the UN Security Council, Iran recently test-fired a long-range ballistic missile. Israelis know they are in the reach of such missiles. An Iranian military commander's claim that Iran could destroy Israel in eight minutes may not be true, but leaves Israelis little doubt about Iran's aspirations.

On the diplomatic front, Israel is reaching out to China, India and nations in Africa, largely because of its much-diminished status in Europe. France has threatened that it could soon recognise a Palestinian state; Sweden's foreign minister has been so hostile that some Israeli officials said she was not welcome to visit; anti-Zionism and anti-Semitism are roiling UK politics. Tellingly, when he ran for prime minister, Yair Lapid made his case in part by insisting he was the only one who could restore Israel's international standing.

The "little engine that could" that many Israelis associate with Peres's generation often feels as if it is sputtering.

Next year, Israel's occupation of the West Bank will be a half-century old. In a country that will then be merely 69 years old, 50 years of occupation makes that the default condition. A slim, but decreasing, majority of Israelis (58% according to one poll) supports a two-state solution, but most see no way to implement it. The Palestinian street overwhelmingly rejects the very right of a Jewish state to exist, and Israelis fear they will surrender the territory, Hamas could quickly take control of the West Bank and then Israel would face there what it now faces from Gaza. Because most of the hundreds of thousands of Israelis who now live in the West Bank insist they will never leave, the possibility of an internal violent confrontation weighs on Israelis.

This sense of "no good moves on the chessboard" stands in stark contrast to the way Israelis recall the generation of their founders, who always surmounted the insurmountable.

Even American Jews are losing patience, and the conversation about Israel has become toxic in some circles; many rabbis avoid it altogether. A relatively recent study of young American Jews' views of Israel revealed that among those 35 years of age and younger, a full 50% said they would not consider the destruction of the Jewish state a personal tragedy.

When Peres was in his prime, such sentiments would have been unthinkable.

Israel is a country that has long beaten the odds, and Israelis are thus not nearly as despondent as the above-described situation might suggest they would be. Israel is a high-tech powerhouse, regularly wins Nobel Prizes, boasts some of the world's finest universities, has a military that has never failed to defend the state, and a young generation much of which is still deeply committed to the enterprise. Surprisingly, Israelis rank among the happiest of the world's societies.

Still, there is no denying the dark clouds overhead. Now, with Peres's death, the curtain is dropping on the Jewish state's founding generation. There's an inescapable sense that, with their last father figure gone -- whatever the future may hold -- Israelis are entirely on their own. ©2016 Bloomberg View

Daniel Gordis is an American author and speaker.

Daniel Gordis is an American author and speaker.