Entrepreneurship is shaping the world's megacities 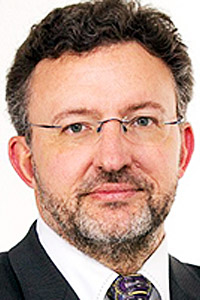 A man walks down the Bund overlooking the financial district of Pudong in Shanghai, China, on July 15. Entrepreneurs are contributing to the growth of megacities, with 10 cities the size of New York coming into being in the developing world every year. AFP

Entrepreneurs hasten urbanisation and urbanisation in turn provides fertile ground for entrepreneurs, creating a virtuous circle. With 10 cities the size of New York coming into being in the developing world every year, opportunities and obstacles will abound in equal measure. How policy-makers deal with these challenges will decide which cities flourish and which will decline.

Urbanisation and entrepreneurship go together, like a horse and carriage. But like love and marriage, the relationship is not a simple one.

Both urbanisation and entrepreneurship are central "demographic facts" of the early 21st century. The majority of the world's population already resides in urban areas. The number of megacities is also on the rise. Likewise the number of entrepreneurs has risen to at least 500 million. Most entrepreneurs are based in cities.

Entrepreneurs create jobs in urban areas in new sectors such as industry or services and this draws other entrepreneurs and labour away from the agricultural sector and rural areas.

At early stages in a country's development people looking for a job (and better health and education) will flock to an emerging city. Many will succeed as the probability of a finding a job is higher in most countries in a city than a rural area. However, many will not and will instead resort to survival or necessity self-employment. Therefore, in cities in developing countries we find, almost without exception, large numbers of small, micro informal and formal enterprises providing all kinds of consumer products and services.

A lot of these enterprises play a role in sustaining the informal and illegal economy, including the illegal drug trade, prostitution and people smuggling. It starkly reminds us that entrepreneurship is not always good for development -- entrepreneurs can be unproductive and even destructive. Therefore, the policy quest is to design an urban entrepreneurial ecosystem that will offer strong incentives for high-growth, productive and legal entrepreneurship while also discouraging illegal activities. The difficulty is that sound political decision-making and governance institutions are required to create such an ecosystem. Good urban planning and management skills, including urban policing, may be amongst the most sorely needed tools in the emerging world today.

Countries at relatively early stages of development will also attract larger foreign businesses into their growing cities. These foreign "entrepreneurs" arrive to make use of the large pool of low-wage labour, access raw minerals and natural resources in the hinterland and to sell goods to the local population. As with the case of small and informal businesses, these large foreign businesses can also have negative side effects on development. Rent-seeking, lobbying, bribing, exploitation are just some of the nefarious activities large foreign businesses based in the fledgling capitals of developing countries have been found to involved in for some time now.

Over time, if a country succeeds in managing its fledgling cities well and thus limits the negative spillovers from entrepreneurship, many of the small startups will scale up and employ more people. More foreign entrepreneurs will be attracted. The growing city will become an entrepreneurial hot spot, as local and foreign firms vie to build houses, office space, retail centres and public infrastructure. Entrepreneurial support services such as banks, transport providers, export and import agents, ICT specialists, job placement agencies and business schools will thrive. Productivity, and hence average wages, will rise.

Eventually, rising property prices and rents, urban congestion and fierce business competition will drive entrepreneurs into the property development sector to claim and develop more land for urban expansion. Cities will become larger and multiply in number and the spatial form of cities will change shape. Industry will, under pressure of competition, become more technologically advanced and environmentally cleaner.

Entrepreneurial innovation will become an important driver of productivity and economic growth and will be almost exclusively found in larger cities. Jobs will move out of mechanised and automated industries into services -- and the high tech, high skill requirements of these services will spawn many new entrepreneurial opportunities. Think of new business models and markets being created by the intersection of new technologies and entrepreneurship in congested cities, such as Uber (solving transport problems) or Airbnb (solving short-term accommodation problems).

At this stage, cities will compete to attract what Richard Florida, the American urban studies theorist, called the "creative class". Quality of life becomes central. Security, health, education, a beautiful environment and efficient public services are required to attract and keep the "creative class". Now many cities become the centres of the circular economy. An example is the Dutch city of Almere, where in 2016 Europe's first eco-village will be built, a completely self-sustainable urban community. An entrepreneur, who plans to roll out the concept across Europe, drives this initiative.

As the virtuous cycle of urbanisation and entrepreneurship continues, most people end up living in or near a city. The high concentration of billions of people in a few geographic spots across the globe, many of them on the coast, raises the vulnerability of a highly interconnected system of production and consumption to natural disasters and urban terrorism. These risks pose new challenges for urban management and city planning, as well as create opportunities for entrepreneurs to generate and implement technologies to deal with these risks. Strides have already been taken in the development and use of better surveillance systems and prediction models based on "big data", and in the emergence of urban agricultural systems, such as vertical farming, aimed at reducing food insecurity.

The process of urbanisation and entrepreneurship goes together. But the relationship is neither linear nor certain. There is nothing inevitable in the rise and development of any particular city. Cities do not only generate, they also degenerate. Cities also differ in economic structure, some tend to specialise while others are more diverse depending on its entrepreneurs.

There are many questions for researchers and policy-makers as to the future of entrepreneurship in cities. Compared to Asia, Africa has few megacities at present: where will these be located in a hundred years from now? Will London decline once the UK exits the EU? How will China's responses to clean up its polluted cities influence its role as manufacturer of the world? Will the rise of robotics and the age of industry 4.0 put a break on the speed of urbanisation?

The heterogeneity, serendipity and context-specificity that shape the patterns of global urbanisation implies there is much that is still unknown about the specifics of the relationship between cities and its entrepreneurs. After all, urbanisation is a relatively recent phenomenon. The most interesting period in the world's urbanisation is clearly still to come. -The Mark News

Wim Naude is dean of Maastricht School of Management.

Dean of Maastricht School of Management

Wim Naude is dean of Maastricht School of Management.