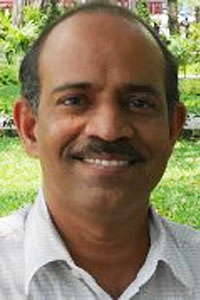 The Bangkok skyline, see through Lumpini Park. The challenged is to make Bangkok liveable, while keeping its charm and character. (Creative Commons)

Is Bangkok a liveable city? In 2013, when MR Sukhumbhand Paribatra was running for city governor for a second time, his campaign promised to make Bangkok "a more liveable megacity". MR Sukhumbhand won the vote but didn't live up to his promise. Now suspended, he has left his mission largely unfinished.

The long-suffering people of Bangkok have seen many such promises come and go like the annual monsoon floods that wash through the city, from making Bangkok liveable to solving the flood problems, and the most famous of all: "I will solve the traffic problem in six months" from a tycoon-turned-politician.

Bangkok keeps sliding down the index of the most liveable cities every year.

The city has one of the longest commuting times in the world. In order to reach the inner urban areas where work places are concentrated, people can spend an average of two hours per trip.

The city's Mass Transit System is belatedly expanding to provide more accessible public transportation. Yet this expansion is also the cause of a creeping "gentrification" that is threatening the city's older residents and its character.

As city transit system routes are planned (or often even before made official), real estate developers start moving in, land prices shoot up, rents increase and the influx of developers and housing investment is pushing older social structures, communities and lifestyles out of the inner city centres.

Contemporary gentrification was defined as the class remake of the central urban landscape. Now its also called "new-build gentrification" driven by the professional classes who are rich in economic capital, helped by property developers and the state.

In the inner city neighbourhoods, older residences are being demolished and replaced by condominiums, malls and office buildings. The city's craze for megamalls goes unabated despite slowing economic growth. Almost 600,000 square metres of new retail malls are to be completed by 2018, such as EmSphere, Bangkok Mall and IconSiam, as well as Central M and Mega Rangsit.

Properties in downtown Sukhumvit can sell for as much as 300,000 baht per square metre. The recently completed MahaNakhon Tower apartments are priced from 45 million baht to more than 300 million baht, with about 75% already sold.

While pricey condos keep rising in the city landscape, places with affordable public housing are scarce and low-income people are being squeezed into small flats or are moving to the peri-urban outskirts where they face floods and pollution, and long commutes to work.

Bangkok continues to expand, and real estate development slithers along mass transport routes as officials try to evict or clean up older communities and places, and the National Housing Authority fights a losing battle to provide affordable housing for low and middle-income residents.

Not that there is no resistance to these changes, the most visible and well-known being the local community fighting against eviction and to protect their traditional lifestyles in the Mahakan Fort area.

Many other old neighbourhoods less well-known than Mahakan, however, have no choice but to quietly move away. Bangkok's high-rise urban model is unfortunately also being replicated elsewhere, such as Chiang Mai.

Cities are not only about high-rises and mega malls; luxury malls with designer watches are not an indicator of a thriving, healthy and liveable city.

Cities are about their residents both long-settled and transient, their streets and street corners, fresh food markets and swank malls, and the constant movement of the traditional and the old with the new. Lose all this and the city will lose its history, its culture and inevitably the charm and character that draws people to it.

We need a balance between private and public power. Cities need public spaces like parks. But ask the State Railways of Thailand: they're auctioning off three blocks of land in prime city areas totalling 372.43 acres for commercial development. Reserving even 10% of that as green space would be welcomed by Bangkok's park-deprived residents.

We can also learn from other cities how to reorganise streets, reduce noise pollution and reclaim the pavements for walking. For example, Seoul's regulations help street food and urban mobility to co-exist, providing easy access to food even in the early hours of the morning and safe mobility.

There may still be time to develop and implement a clear vision of a liveable Bangkok, with communities involved in planning and design, to ensure urban development is safe, equitable and affordable.

In the midst of this creeping gentrification with its influx of land developers and the removal to the periphery of communities, food markets and vendors who give Bangkok much of its character, critical questions emerge: what is the vision of city planners for a liveable Bangkok? How can the city's communities be a part of the city's design and decisions?

Rajesh Daniel is communications coordinator, Stockholm Environment Institute. This piece is written ahead of the United Nations Conference on Housing and Sustainable Urban Development in Quito, Ecuador, which begins Monday.