Building up the BRICS
Opinion

Building up the BRICS 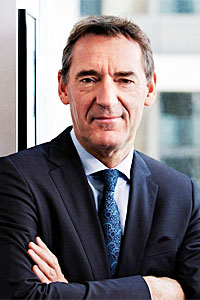 This year marks the 15th anniversary of the BRICS, the term I coined to refer to the major emerging economies: Brazil, Russia, India, China and South Africa (the latter was added in 2010). Recently, my brief tenure in the British government came to an end, following the completion of a review on antimicrobial resistance (AMR) that I chaired. As I ponder what to do next, I can't help but return to the subject of the anniversary. Have those large and promising emerging economies fulfilled expectations?

Perhaps the simplest way to answer the question relates to my work on the AMR review, which was launched by former prime minister David Cameron in 2014 and culminated in a high-level agreement by the United Nations last month.

A German television crew asked me, on air, whether the AMR outcome was more important than the BRIC concept. Without even waiting for me to answer, they declared that it obviously was. And they were right: no economy, emerging or otherwise, can hope to be successful if it is plagued by a health threat as serious and uncontrollable as AMR.

But there is more to the story: the BRICS are just as important to tackling AMR as tackling AMR is to the BRICS. South Africa, for one, was a key supporter of the UK in discussions about AMR at the recent G20 summit in Hangzhou, China.

And that is the point. The BRICS today, like in 2001, have a vital role to play in tackling the most pressing international challenges. In fact, I came up with the acronym not just because the letters fit together, but also because of the word's actual meaning: these emerging economies, I argued in my 2001 paper, should be the building blocks of freshly overhauled global financial and governance systems.

Yet, the BRICS remain severely underrepresented by the International Monetary Fund and the World Bank, whose annual meetings conclude today. If this does not change, with reforms going much further than they have so far, we will find that "global governance" is no longer global at all.

To be sure, the BRICS lately have been going through a rough time. The economic performance of Brazil and Russia, in particular, has been very disappointing, to the point that many now perceive those countries as unworthy of the status the acronym afforded them.

But the suggestion that the BRICS' importance was overstated is naïve. The size of the original four BRIC economies, taken together, is roughly consistent with the projections I made all those years ago.

Both Russia and Brazil now account for a similar share of global GDP as they did in 2001, though Russia might currently be outside the world's 10 largest economies. Brazil, for all of its considerable problems, is higher in the world ranking today than even I had envisaged back then.

India continues along roughly the same path it was on 15 years ago. With the right structural reforms, it may even be able to achieve a sustained period of Chinese-style double-digit economic growth.

But the biggest BRICS success story remains China, which, despite its recent slowdown, has far exceeded expectations. If the economy grows at an annual rate of around 6% for the remainder of the decade, it will fulfill my 20-year projection.

This is not to diminish the challenges confronting China. But if it manages to address the most urgent among them -- downside deflationary risks -- its much-discussed debt challenge will become far more manageable.

Fortunately for China, other countries want -- or should want -- it to succeed. After all, a dynamic Chinese economy is in the interest of many other countries, especially those that can export the goods and services that a more modern, consumer-driven China needs.

In fact, the rise of the Chinese consumer may well be the most important single global economic variable today -- even more important than, say, the economic problems afflicting Europe and Japan or questions about India's enduring global relevance.

The potential barriers to the BRICS' growth and development are many, including health threats such as AMR, educational challenges, inadequate representation in global governance bodies, and a number of short-term cyclical problems. Policymakers worldwide must commit themselves to dismantling these barriers, and enabling the BRICS to fulfill, finally, their true potential.

Jim O'Neill, a former chairman of Goldman Sachs Asset Management and former Commercial Secretary to the UK Treasury, is Honorary Professor of Economics at Manchester University.

JERUSALEM - Israeli police Sunday arrested a suspect in a pre-dawn shooting spree targeting a bus just outside Jerusalem's Old City that wounded eight people, including a pregnant woman and several US citizens.