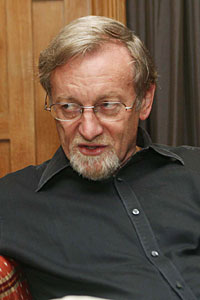 Whether or not US President-elect Donald Trump behaves better once in office than he did on the campaign trail, US global authority has already taken a battering, not least among its allies and partners in Asia.

Exercising soft power -- leading by democratic and moral example -- will not be easy for Mr Trump, given the disdain he showed for truth, rational argument, basic human decency, and racial, religious and gender differences, not to mention the fact that he was not actually elected by a majority of voters. And when it comes to exercising harder power -- doing what it takes to counter serious challenges to peace and security -- there will be little confidence in Mr Trump's judgement, given that almost every statement he made during his campaign was either wildly contradictory or downright alarming. 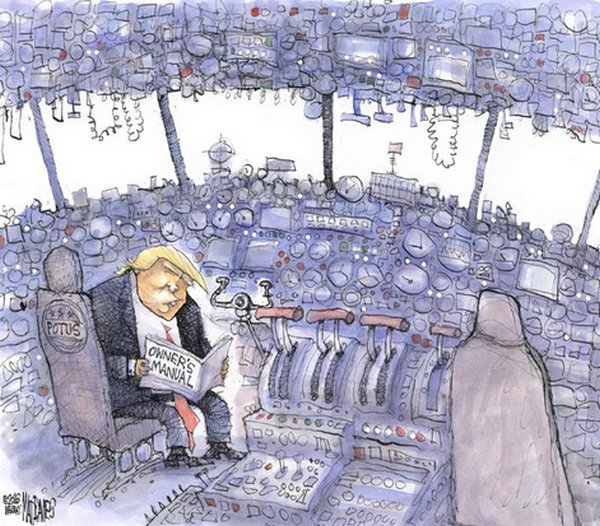 Maintaining security, stability and prosperity in Asia requires a cooperative environment, in which countries secure their national interests through partnerships -- not rivalries -- and trade freely with one another. The only grounds for confidence on this front after Mr Trump's victory is that he may actually do none of the things he said he would, such as starting a trade war with China, walking away from alliance commitments and supporting Japan and South Korea going nuclear.

With little or no hard knowledge of international affairs, Mr Trump is relying on instincts that are all over the map. He combines "America first" isolationist rhetoric with muscular talk of "making America great again". Staking out impossibly extreme positions that you can readily abandon may work in negotiating property deals; but it is not a sound basis for conducting foreign policy.

Mr Trump's dangerous instincts may be bridled if he is capable of assembling an experienced and sophisticated team of foreign-policy advisers. But this remains to be seen, and the US Constitution grants him extraordinary personal power as commander-in-chief, if he chooses to exercise it.

US leadership in Asia is a double-edged sword. Noisy assertions of continued primacy are counterproductive. China's legitimate demand to be accepted as a joint rule-maker, not just a rule-follower, has to be recognised. But when China overreaches, as it has done with its territorial assertions in the South China Sea, there does need to be pushback. On that front, a quiet but firm US role remains necessary and welcome.

Shortly after former president Bill Clinton left office, I heard him say privately that the US could choose to use its "great and unrivalled economic and military power to try to stay top dog on the global block in perpetuity". A better choice, however, would be "to try to create a world in which we will be comfortable living, when we are no longer top dog on the global block". That language seems to be anathema for anyone holding high office in the US, at least publicly. But it is what Asia wants to hear.

For Australia and other US allies and partners in the region, this presidential election makes it clear that we can no longer -- assuming we ever could -- take coherent, smart US leadership for granted. We must do more for ourselves and work together more, while relying less on the US.

Mr Trump will probably have more instinctive sympathy for Australia than he will for many other US allies. We are seen as paying our alliance dues, not least by having fought alongside the US in every one of its foreign wars over the past century. And, as cohabitants in the Anglosphere, we are in Mr Trump's cultural comfort zone. But Australia will be anything but comfortable if the larger regional dynamics go off the rails.

We should have learned by now that the US, under administrations with far more prima facie credibility than Mr Trump's, is perfectly capable of making terrible mistakes, such as the wars in Vietnam and Iraq. We now have to be ready for American blunders as bad as, or worse than, in the past. We will have to make our own judgements about how to react to events, based on our own national interests.

This does not mean that Australia should walk away from its alliance with the US. But we will need to be more sceptical of US policies and actions than in recent decades. Australia should become much more self-consciously independent, and assign much higher priority to building closer trade and security ties with Japan, South Korea, India, and especially Indonesia, our huge near-neighbour.

No one should give ground if China overreaches, and Australia should, now more than ever, work closely with our Asian neighbours to ensure that it does not. But we must also recognise the legitimacy of China's new great-power aspirations, and engage with it non-confrontationally. We will all benefit from a common regional-security framework based on mutual respect and reciprocity.

We can only hope that Mr Trump will dispel our worst fears when he is in office. But in the meantime, Australian and other regional policymakers should adhere to a simple mantra: More self-reliance. More Asia. Less US. © 2016 Project Syndicate

Gareth Evans, Australia's foreign minister from 1988 to 1996 and president of the International Crisis Group from 2000 to 2009, is chancellor of the Australian National University.