Tehran stands to gain from Trump 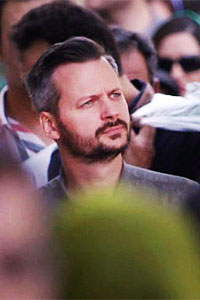 At first blush, the election of Donald Trump would seem to be bad news for Iran. But there is a chance that, on balance, things could work out surprisingly well for the clerics.

Publicly, Iran's leaders stress that they pay little heed to what happens in the United States, that they pride themselves on their independence. "It makes no difference for Iran who the next US president is," the supreme leader, Ayatollah Ali Khamenei, said in a speech last week.

Yet, he could hardly miss Mr Trump's promises on the campaign trail to "tear up" the landmark nuclear agreement reached last year, which he frequently described as the worst deal ever. In response, Ayatollah Khamenei said recently that if Mr Trump tore it up, "we will set fire to it".

But Mr Trump also presents new opportunities for Iran, many analysts say. While he has criticised the nuclear deal, he has also said that the US should stop backing rebels in Syria and focus on the Islamic State militant group -- effectively shifting its support to Iran's ally in Syria, President Bashar al-Assad.

If that happens, said Mohammad Marandi, an associate professor of North American studies at the University of Tehran, "it will be good for Iran, the region and the world".

With its Lebanese ally Hezbollah, Tehran has supported Mr Assad throughout the uprising, financially and militarily. More than 400 Iranian and Shia Afghan soldiers have died in the conflict, according to official statistics.

"If such a change would come from Trump, of all people, it would be remarkable," Mr Marandi said.

In the larger context, Iran is waiting and hoping for the day the US packs up and leaves the Middle East, closing its military bases in the region and moving its aircraft carriers out of the Persian Gulf. While that seems far-fetched, Mr Trump has demonstrated an isolationist streak in questioning the value of Nato and the nuclear umbrella over South Korea and Japan.

"They should stop threatening us," Mr Marandi said. "If the United States under Trump is more constructive, he will find that Iran will respond in kind."

Even with the nuclear deal, things could ultimately break Iran's way. Last week, 76 national security experts signed a report urging Mr Trump to keep the deal. And lately, even some Republicans in Congress and groups that had opposed the deal urged Mr Trump to go slow and consider other ways to pressure Iran.

Last Tuesday, the House of Representatives did just that, voting overwhelmingly to extend some Iran sanctions for an additional 10 years.

Even if the agreement is eventually ripped up, Iran might still stand to gain. It has received tens of billions of dollars in frozen funds, is selling oil on the world market and is cutting deals with European businesses. If Washington were to reimpose sanctions on Iran, moreover, it is doubtful that the other world powers that are signatories to the deal would go along.

The one area where both Iran and the US stand to lose ground is in personal diplomacy, something that was virtually nonexistent after the 1979 Islamic revolution.

During the two years of negotiations on the nuclear deal, US Secretary of State John Kerry and the Iranian foreign minister, Mohammad Javad Zarif, developed a strong personal relationship. In front of the cameras at least, they slapped each other's back, joked and seemed to get along very well, a breakthrough for two countries that do not even have embassies in each other's capitals.

Mr Trump has not yet decided on his secretary of state, but with people like Rudy Giuliani, a former mayor of New York, and John Bolton, a former UN ambassador, being mentioned, it seems unlikely that the same level of personal rapport will be matched.

"Let's face it, the honeymoon is over," said Saeed Laylaz, an economist close to President Hassan Rouhani of Iran. "These two guys and their teams have talked for hundreds of hours, in a period of two years. Who can replace that?"

"Mr Kerry and Mr Zarif knew each other for years," said Nader Karimi Joni, an analyst close to the reformist movement of Mr Rouhani. "Mr Kerry's son-in-law is of Iranian descent. Mr Zarif has hosted Mr Kerry in his home in New York when he was an ambassador to the United Nations. You can be sure such relations are now a thing of the past with the names that are being mentioned out there."

Of course, Iran does stand to lose a lot if the nuclear deal is rescinded. Since the January signing, Iran has returned to world oil markets, providing much needed income for Iran's leaders, who also have gotten access to some of their frozen funds abroad. Business delegations are pouring in, and Iran is even planning to purchase 117 Boeing aircraft -- US planes that will also bring American business culture to Iran.

At the same time, large international banks are still not providing any line of credit to Iran-related projects, nor are they allowing bank transfers out of fear of trespassing unilateral US sanctions on Iran. Although the Obama administration is working to clear up existing ambiguities that are holding back financing, a Republican administration is likely to halt those efforts.

Some analysts adhere to the traditional view, saying that the United States' enmity toward Iran has never diminished, only the conditions surrounding the relationship.

"The difference is now that because of all the regional crisis, there are chances for both of us for cooperation, in Syria, Iraq, Afghanistan and Yemen, for instance," said Hossein Royvaran, a political analyst. "This means that because of our influence, any US president has to keep dealing with Iran, be it Obama, Clinton or, now, Trump."

Normal Iranians have their own ideas about Trump, many seeing him as a harbinger of chaos. The worldview of countries that have suffered at the machinations of colonialism and Western power plays is conducive to grand policies and conspiracy theories.

"Those in power behind the scenes have brought this Trump to solve the world's greatest problem: overpopulation," said Hossein Darbani, a wealthy farmer. "We will see bloodshed and chaos with this man at the helm, mark my words."