America needs both nationalism and globalism 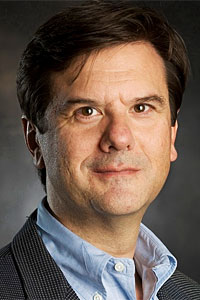 President-elect Donald J Trump is no white supremacist, though he could and should have been more forthright in repudiating that small strand of his support. (AFP photo)

Attaching labels to people is all the rage in the US. Current favourites include "nationalist" and "globalist". Those designations aren't much use -- and not just because people don't like being labelled. The bigger problem is that the categories aren't mutually exclusive. Moderate nationalist sentiment and outward-looking liberalism can overlap. In America, especially, to be partly nationalist and partly globalist comes naturally. It's what you'd expect of a nation of immigrants.

Isaiah Berlin called nationalism a pathological expression of national consciousness. Aggressive nationalism caused terrible harm in the 20th century -- but Berlin's point was that national consciousness (or some functional equivalent) is not just less harmful than the pathological form, it's also valuable in its own right. It might even be essential in building a just, compassionate and well-ordered society.

One day, perhaps, a worldwide Marxist-Lennonist utopia will be achieved -- "imagine there's no countries, it isn't hard to do, nothing to kill or die for", and so forth. For the moment, public policy is shaped by and for nation-states. At that level, almost any collective initiative, including measures to civilise capitalism and protect the weak and unlucky, asks some to sacrifice in service of the greater good. This joint enterprise is likely to be more effective, and can certainly be more ambitious, if citizens are bound together by history, or by settled culture and values held in common -- that is, by national consciousness.

If the first part of the 20th century showed how this idea can be perverted, the second showed the good it can do. Evil regimes were destroyed and an outward-looking international order was established. This didn't require the suppression, much less the eradication, of national consciousness. Indeed, without the especially pronounced national consciousness that energised and strengthened the US, the liberal global order could not have been built.

National consciousness based on racial pride is both repellent and uniquely dangerous. Donald Trump's critics have accused him of espousing or at least flirting with white-supremacism -- about the worst accusation you could level at a US politician. Reckless as he may be in the way he expresses himself, I don't see Mr Trump as a white supremacist, though he could and should have been more forthright in repudiating that small strand of his support. (Aside from not wishing to turn away followers of any sort, perhaps he calculated that the unfair charge of bigotry levelled against all of his supporters would redound to his advantage, as it did.)

The mistake, in any case, is to conflate national consciousness with racism. When they go together, as they often have, the results can be catastrophic. But they don't have to go together. I'm a believer in American exceptionalism, and the core of that idea is the possibility of devising a nation based on principles, as opposed to inheriting a nation based on ethnic loyalty, historical accident or religion. National consciousness based on a commitment to the liberal principles written into the Constitution seems to me nothing but admirable. But it's still national consciousness -- it still involves, or ought to involve, a measure of pride and patriotism. If you want to perfect the union, you're going to need both.

It's true, of course, that the United States has often fallen far short of its founding principles. It continues to live with the consequences of slavery. But national consciousness -- including the idea that the country is bound by those founding ideas -- has often been a means to grapple with that legacy and slowly put matters right.

Identity-group politics now poses a growing challenge to national consciousness. It emphasises what divides Americans over what unites them. In its angriest forms, it goes so far as to deplore what unites Americans (the idea of America and what it stands for) as so much hypocrisy or self-delusion. This least-compromising form of identity-group politics is self-defeating. It attacks the social solidarity that success will demand -- the sense of obligation that Americans feel toward their fellow Americans.

The debate over immigration shows how easily the bogus distinction between nationalism and globalism can distort these conversations. Maybe pure globalists see no distinction between foreigners and fellow citizens, and dream of open borders. Good luck with strengthening the welfare state if that dream ever comes to pass. Everybody else thinks the difference matters.

At one extreme, to be sure, are bigots who think that foreigners are bad because they're foreigners. In the wide middle are people who believe that immigration hurts US citizens and should be curbed, or helps US citizens and should be expanded, or helps US citizens so long as other things are done, or is good for the US so long as the immigrants accept those founding principles and assimilate -- or who aren't sure about any of this but at least believe that the laws on immigration ought to be enforced. A very wide range of views, but all the people in the middle agree about this one thing: The interests of fellow citizens come first.

That's national consciousness. It isn't the least bit unworthy. It's fully compatible with an outward-looking liberalism in international affairs. And in case the left hasn't noticed, it's the necessary condition for an ambitious social-justice agenda. There's no perfecting the union without it. (Bloomberg View)

Clive Crook is a Bloomberg View columnist, a member of the Bloomberg View editorial board, and a former chief Washington commentator of the Financial Times.