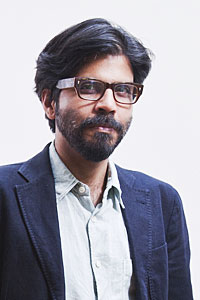 Back in 2014, Narendra Modi's landslide victory was hailed by columnists in the Wall Street Journal and the Financial Times, who predicted that he would prove to be India's Ronald Reagan or Margaret Thatcher, modernising India's economy with a revolutionary programme of deregulation and privatisation.

Abruptly withdrawing more than 80% of the cash in circulation in India, Mr Modi appears today a very different kind of revolutionary: the type that emerged in many non-western countries in the previous century.

This figure, variously incarnated as Ataturk, Ayatollah Ruhollah Khomeini, Mao Zedong and Chiang Kai-shek, pitilessly uses the power of the state to impose sacrifice and pain upon his compatriots, conscripting their bodies and souls in the all-important task of forging a virtuous new people and nation.

To many eyes, the initial verdict on Mr Modi's radical demonetisation policy has been crushingly negative. Both Larry Summers and Kaushik Basu have described it as a blunder amid reports of financial sclerosis and extensive suffering, including dozens of deaths.

According to Amartya Sen, "only an authoritarian government can calmly cause such misery to the people". Even some of those who welcomed Mr Modi as an economic moderniser now attack him for callously exposing Indians to unnecessary distress.

But, projecting their own fantasies and disappointments on Mr Modi, they disregard a cardinal rule: "Believe the autocrat; he means what he says," as the Russian critic Masha Gessen put it in a recent article titled Autocracy: Rules for Survival.

For Mr Modi plainly has his eyes fixed on a bigger goal. In recent days, he seems to have convinced himself, through a public survey on his own app, that Indians overwhelmingly back his proposal (and it does seem that many among even the poor do).

Indeed, Mr Modi was bold enough to announce early on that Indians would have to suffer for at least 50 days. Soon after plunging India into chaos, he left for Japan, where he exhorted his countrymen to learn from the Japanese. Indians, he urged, should come together and make national interest paramount, just as the Japanese had in the aftermath of the devastating 2011 earthquake and tsunami.

This obsession with the Japanese spirit of self-abnegation is no passing fad. Mr Modi's ideological movement of Hindu nationalism was inspired by ultra-nationalists of the early 20th century, who saw widespread suffering as necessary, and not just inevitable, in the urgent endeavour of creating a new ethical and spiritual community and a sense of cohesion. Looking for likely models, VD Savarkar, Mr Modi's greatest hero, came to admire Turkish nationalists as well as the Nazis.

These nation-builders believed, along with Nietzsche, the intellectual godfather of many early 20th century ideologies, that "what doesn't kill you makes you stronger".

I pointed out in an earlier column on Mr Modi's fascination with Japan that Hindu nationalists were especially admiring of the first Asian nation to become economically and military powerful through harsh self-sacrifice.

The Japanese project, in which citizens were expected to ransom their personal interests to the glory of the nation, obviously has little appeal for western or westernised liberals. Certainly, the consequences of a national culture in which hara-kiri and kamikaze were exalted became grotesquely clear during World War II. But then, rationally calculating liberals always underestimate the ever-renewed political appeal of what they call "irrationalism".

Khomeini may have seemed daft to many economists when in 1979, as Iran faced a severe economic crisis, he declared that donkeys concern themselves with economics and that his Islamic Revolution was not about the price of melons.

Khomeini knew that it is individual and collective sacrifice and suffering that binds people and forges a collective ethos. The extraordinarily bloody and prolonged Iran-Iraq war, which ideologically strengthened Khomeini's struggling regime, proved him right.

Mr Modi belongs to this line of autocratic ideologues rather than the western tradition of revolutionary neo-liberalism, or Marxist rationalism. And, though his critics are surely tempted, it's too early to say that demonetisation spells political disaster for him.

Another revolutionary nation-builder, Mao Zedong, led his people into a much bigger calamity with such amateurish economic projects as making steel in backyard furnaces. Surrounded by sycophants and time-servers, Mao convinced himself that his policies were a wild success.

When their terrible consequences could no longer be hidden, he launched a witch-hunt against his opponents in the guise of a "cultural revolution". Yet Mao Zedong's name today is invoked piously by ruling elites and the masses alike in China.

There should be no doubt: Mr Modi is advancing a similarly ambitious and long-term experiment in India that aims to re-engineer human souls and minds as much as socio-economic realities. Success and failure in this grand endeavour cannot be measured through the conventional terms of technocrats.

Demonetisation seems right now like a kamikaze mission for the Indian economy, and political hara-kiri for Mr Modi. But India's ideologically driven prime minister is likely to undertake even riskier gambles with an eye on posterity.

And, to adapt the words of a recently departed revolutionary, history, as unreliable as ever, may even absolve him. ©2016 Bloom­berg View

Pankaj Mishra, a Bloomberg View columnist, is an essayist and novelist based in India and London.