Kazakhstan could hold the key to countering the IS
Opinion

Kazakhstan could hold the key to countering the IS 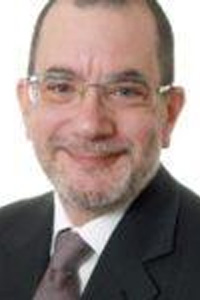 Kazakhstan is at the intersection of political and economic interests not only for Washington but also Moscow, Beijing, and Tehran.

It goes without saying that Donald Trump will make the fight against religious extremism his top priority in the next four years. But if he wants to stay ahead of groups like the Islamic State (IS), he needs to move quickly on taking his security policies beyond the Middle East.

Specifically, Mr Trump needs to come up with something new in Washington's approach to Afghanistan and Central Asia. Just look at the map: This core region between Russia, China and Iran is at the crossroads of security challenges, including terrorism and radicalism.

Kazakhstan, in particular, is at the intersection of political and economic interests not only for Washington but also Moscow, Beijing and Tehran. As Mr Trump articulates a new vision for the US, the issue is simple: Kazakhstan's crucial geostrategic position requires US attention.

The Obama administration created a vacuum in Afghanistan, Iraq, Syria and Libya, piling up security challenges for the region and for the US. The sum total of these conflicts across a wide arc from North Africa to the Levant to Central Asia has created a security nightmare that will demand thoughtfulness and foresight. The Trump administration needs to begin addressing the Islamist challenge by engaging Kazakhstan directly.

This is because Afghanistan remains a bleeding wound, as the Taliban and especially the IS are likely to affect mostly secular/moderate, Islamic-majority autocracies of Central Asia negatively by launching recruitment operations and ultimately extremist attacks in these countries. Reports from Kazakhstan suggest this process is already starting.

In addition, the outflow of Central Asian fighters who went to wage jihad in Syria are backwashing to Central Asia, potentially capable of undermining not just Kazakhstan and Central Asia at large, but also Russia and Europe.

The Trump administration will be well advised to focus on new bilateral security programmes with Kazakhstan. A former Soviet republic, the Muslim-majority country has long recognised the importance of managing its Islamic revivalism while simultaneously developing its energy infrastructure and vast mineral resources.

First, the US should restructure the C5+1 format. The C5+1, only a year old, is a platform that brings together the five states of Central Asia (Kazakhstan, Kyrgyzstan, Tajikistan, Turkmenistan and Uzbekistan) and the US. The C5+1 has met twice.

The C5+1 needs to be given more priority and necessary leadership. C5+1's ambitious programme needs a retrofit. But there is a larger point: US President Barack Obama failed to visit Central Asia during his eight years in office. President-elect Trump should rectify this strategic neglect: Any trip to China or Russia should also include a stop in Central Asia.

Second, Kazakhstan should become one of the key US security partners in the region by revisiting Centrasbat, or the Central Asian Battalion.

In 1996, the US helped to establish Centrasbat, which was supposed to strengthen the military-to-military relationships and regional security through joint peacekeeping.

Unfortunately, Centrasbat suffered from neglect as a flagging of US engagement moved Afghanistan to the back burner. A new plan that gives Centrasbat a sharp, cutting-edge counterterrorism mission is necessary. The requirements for combating terrorist activity and ideology will require thinking out of the box, including countering radical ideology and propaganda. A new bilateral security relationship is needed between Washington and Astana.

The US should also expand diplomatic cooperation with Kazakhstan, which plays an important founding role in the Russian-led Collective Security Treaty Organisation and the Shanghai Cooperation Organisation. However, most valuable to Washington is Astana's ability to work with all great powers and international organisations, including the UN, where Kazakhstan is to become a non-permanent Security Council member as of January 2017.

Let's not forget that Mr Nazarbayev promoted his own vision of security with the Conference on Interaction and Confidence-Building Measures in Asia, which is a possible mechanism for bringing together countries.

On the economic front, international attention will be focused on the China-led historic "One Belt, One Road" initiative. It is the reinvention of the historic Silk Road, the future massive infrastructure projects, where new ports, pipelines and highways are creating new supply chain routes across Central Asia, tying China and Europe.

Overall, the United States is going to improve its own and its allies' security through partnership and cooperation, not by withdrawing behind the two oceans. And it is through positive engagement in the fight against terrorism that Washington can and should engage Moscow in a positive way.

The Trump administration needs to recognise Kazakhstan as the nexus of Eurasia, the crossroads where both strategic and transactional relationships can be built in America's interests.

Theodore Karasik is a non-resident senior fellow at the US Lexington Institute.

A non-resident senior fellow at the US Lexington Institute

Theodore Karasik is a non-resident senior fellow at the US Lexington Institute.