A 'miniskirt' and a gracious King
Opinion

A 'miniskirt' and a gracious King 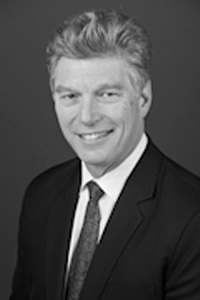 His Majesty presented every diploma to every university graduate, including (above) to his daughter Her Royal Highness Princess Maha Chakri Sirindhorn in 1979. (Bangkok Post file photo)

On Oct 13 when His Majesty King Bhumibol Adulyadej passed away after his 70-year reign on the Chakri throne, I was attending a meeting with a group of Southeast Asia specialists at Ditchley Park in Oxfordshire to discuss "Asean: The Key to East Asia's Future?" Everyone knew His Majesty's passing was imminent, but despite this the feeling was surreal for the 40 individuals attending the meeting.

We began the meeting with a minute of silence in honour of the late King. I could only imagine what it must have felt like for 68 million Thais, the great majority of whom knew King Bhumibol as the pillar and soul of their nation.

When I lived in Thailand from 1978 to 1981, King Bhumibol's presence was pervasive. He was constantly seen on television and the print media working in the countryside, inspecting royal development projects which numbered over 1,000 at the time.

I don't believe one day passed when I lived in Thailand where King Bhumibol's picture was not on page one of every Thai newspaper in the country. His work enabled him to make a real connection with ordinary people from all walks of life, and for this, King Bhumibol gained unparalleled respect from his people who loved and revered him for the diligence, dignity, and grace he exuded.

During times of political turmoil in Thailand, King Bhumibol for much of his reign served as the lynchpin of stability and was the stabilising force of the country.

I never met King Bhumibol, but I did see him once in person and I am positive we made eye contact. I was attending my students' graduation ceremony in June 1979 at Suan Amporn Hall in Bangkok, near the old Thai parliament building. At the time, the King conferred degrees to every university graduate throughout the country. These graduate ceremonies took hours.

I was asked to attend the ceremony which I was eager to see as I was proud of my students' accomplishments and wanted to see their degrees conferred by His Majesty. But I happened to be taller than the average Thai (6 feet) and my height was rather pronounced in comparison to the average Thai male almost four decades ago.

I was asked to wear my college graduation gown, but could not as I left it in the US when I went to live in Thailand. Nevertheless, they insisted I wear a graduation gown and that there was no exception to this rule. The only graduation gown available was one worn by a man considerably shorter than me. His gown on me looked like a mini-skirt as the length of it was above my knees. I felt somewhat embarrassed and foolish, but thought this wouldn't be a problem as I'll be sitting down as an inconspicuous member of the audience.

But was I wrong! I was not only wearing a borrowed graduation gown that looked like a mini-skirt, but I was assigned to sit in the front row in a large auditorium with thousands of people; something I had not been told prior to the ceremony. In addition to the short gown, I was sporting a beard at the time which was neither popular nor liked by many Thais. I asked if I could sit in the back, but was told that because I was an ajarn that I must sit on my assigned seat in front.

Shortly thereafter when everyone was assembled, King Bhumibol entered Suan Amporn Hall. I never felt this way before or since, but King Bhumibol's aura (or as Thais call it barami, a difficult word to translate, but best described as charisma or grace) was just overwhelming. I got caught up in the moment and my knees buckled a bit.

For Thais, barami is not an attribute that is easily acquired. A person with barami in Thailand is not only powerful, but also well-liked; and in the case of King Bhumibol, also well-loved, revered and respected as he possessed the most barami. Thus, this powerful feeling has been natural for Thais to feel over the past seven decades, and 37 years ago in Suan Amporn Hall, I guess for me as well.

When King Bhumibol walked down the centre aisle and was walking past the front row, he looked to his left and saw this tall farang in a ridiculously short graduation gown and beard. For no more than two seconds did His Majesty look at me, I bowed and felt very embarrassed by my appearance. King Bhumibol, as he always did, remained expressionless, but I would not have been at all surprised if he had been thinking at the time "Who are you and why are you here?"

This Dec 5 would have been King Bhumibol's 89th birthday, and it is also Thailand's national day, normally a cause for celebration. But this national day will be most subdued as the Thai nation remains in mourning over the loss of their King.

During his long reign, King Bhumibol visited every part of Thailand and worked feverishly to foster Thailand's economic and social development. As a result, he saw his nation's population quadruple in size and its economy grow by 40-fold. Consequently, the Thai people are more educated, informed and mobile. Through his words and deeds, King Bhumibol earned the Thai people's love and respect.

King Bhumibol will remain in the hearts and minds of his people for many decades to come, and fondly in this farang's memory as well.

John Brandon is senior director of The Asia Foundation's International Relations Programme in Washington DC, focusing on America-Asia relations with reference to Southeast Asia. From 1978 to 1981, he taught English at Srinakharinwirot University in Bangkok and Songkhla.

John Brandon is senior director of The Asia Foundation's International Relations Programme in Washington DC, focusing on America-Asia relations with reference to Southeast Asia. From 1978 to 1981, he taught English at Srinakharinwirot University in Bangkok and Songkhla.