Our silent killer, taking a toll on millions
Opinion

Our silent killer, taking a toll on millions 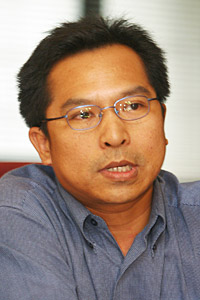 In a city like Bangkok where bumper-to-bumper traffic, raging heat and all-consuming noise are enough to give you a migraine, a clear city skyline is a welcome view to make you appreciate this bustling city. But hovering over Bangkok and other cities like it, lies a hidden layer that's affecting the health of millions.

Air pollution is one of the most pressing issues in major Thai cities. A 2015 study by the University of Washington and supported by the World Bank, shows that air pollution causes 50,000 premature deaths in the country yearly. Most at risk are children and the elderly, and people living in areas near coal-fired power plants and polluting industries. At the heart of it is the invisible and harmful pollutant, PM2.5.

Measuring less than 2.5 micrometres in diameter -- less than the width of a single human hair -- particulate matter (PM) 2.5 is the worst form of air pollution. PM2.5 penetrates deeply into the lungs, allowing harmful chemicals to be carried into internal organs; and is attributed to causing a wide range of illnesses including cancer, strokes, respiratory diseases, foetal damage and even death.

Globally, air pollution is turning out to be a very serious issue. According to Unicef, it contributes to the deaths of around 600,000 children each year; and a recent World Bank study has shown that total deaths from air pollution have risen in Thailand from roughly 31,000 in 1990 to 48,000 in 2013. In fact, Thailand's Pollution Control Department has identified ground-level ozone and airborne particles as the two pollutants that pose the greatest threats to human health.

Unfortunately, PM2.5 levels in many parts of Thailand are way above acceptable levels. The annual safe limit according to Thailand's National Ambient Air Quality Standard is at 25 microgrammes per cubic metre, a figure Thailand's major cities have failed to reach for the past several years. Greenpeace Southeast Asia recently looked into this. Our recent report ranked Thai cities according to their PM2.5 readings -- the first of its kind for the country -- and what we found highlights the hidden public health crisis we have on our hands.

Based on 2015 data, out of 29 provinces that are equipped with air monitoring stations, 23 exceeded the average annual particulate matter of less than 10 micrometres (PM10) levels. Between January-May this year, the five cities with the highest annual average concentrations of PM2.5 were Chiang Mai, Khon Kaen, Lampang, Bangkok and Ratchaburi. This means, that there are levels reaching into "unhealthy", "very unhealthy" and "hazardous" levels, according to the World Health Organisation. If you want a real-time measurement of what we're breathing, there is a website that you can check out the visual map, just key "Bangkok AQI".

So why isn't the Thai government factoring in PM2.5? Many other countries such as China and India have already incorporated PM2.5 in their air quality indexes, and PM2.5 concentrations are crucial in determining the country's smog and pollution alerts. In Beijing, residents are advised to wear masks and avoid outdoor activities in similar circumstances. In Delhi, a severe bout of smog enveloped the city and the government was forced to temporarily shut down schools. But the same warnings or measures are not in place in Thailand.

The country is well equipped to do so though. Although pollution monitoring stations are capable of measuring PM2.5 concentrations, Thailand's Air Quality Index (AQI) does not factor it in. While the AQI provides Thais with timely and reliable information about air pollution levels, it only considers PM10 (larger dust particles). Comparatively, the World Health Organisation also uses PM2.5 AQI values, rather than PM10, to more accurately judge potential health effects from pollution.

So if PM2.5 can give us a better understanding of pollution and the toll it takes on human lives, why is this silent killer hidden from official data? The unfettered growth of industries, the construction of even more coal-fired power plants, the addition of more vehicles on our roads, and the unsolved haze problem from Indonesia affecting Thailand and other Southeast Asian countries will mean pollution will certainly worsen in the coming years.

To protect people's health, the Thai government needs to urgently upgrade the AQI to include PM2.5. Additionally, it should strengthen pollution monitoring and regulation of existing coal plants and shift away from the use of coal. PM2.5 and mercury emissions should be measured at source, and the current standards for other toxic pollutants such as sulphur oxides and nitrous oxides, aside from dust emissions should be reviewed.

Legal protection for the right to clean air in Thailand is inadequate and will remain so as long as the government continues to sacrifice public health whenever it is perceived to come into conflict with industry. The Thai government must take a step back from this myopic approach and tackle the issue from a public health perspective. The government must challenge industry to meet better standards through innovation -- and thus pave the way for a sustainable approach to pollution prevention.