How Thailand can fight bio-piracy
Opinion

How Thailand can fight bio-piracy 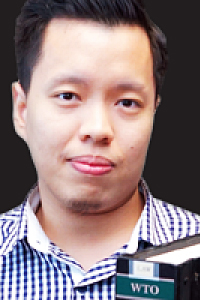 Crackdowns on kratom worthy of the war on drugs inhibit even basic research of plants, including kratom as a pain inhibitor. (Post Today file photo)

Biological resources owned by developing countries have been explored and exploited by researchers and companies from developed countries which are equipped with cutting-edge biotechnology (hereinafter "provider" and "user" countries respectively). After successful research on a specific resource, it is not uncommon to find the results results are claimed as private property under intellectual property rights.

For example, Japanese researchers recently applied for patent protection in Thailand for the Mitragyna speciosa plant, widely known in Thailand as kratom leaf, for its alkaloid called indole -- an effective painkiller.

Teerachai Kuakate is a researcher for Economic Laws Programme at Thailand Development Research Institute (TDRI). This article is based on the “Research Project: Study on legal framework for access to and benefit sharing of biological resources of Thailand” funded by Thai Health Promotion foundation. Policy analyses from the TDRI appear in the Bangkok Post on alternate Wednesdays.

The convention goes further by invoking the access and benefit-sharing principle which requires the prospective users of biological resources to ask for permission from the providers before they can get access to biological resources, while users must share with the providers any benefits resulting from the utilisation of such resources in an equitable and fair manner. The convention, however, did not provide details as to how such a principle can be put into practice.

Until 2010, the Nagoya Protocol, a supplementary agreement to the CBD, was concluded. It provides practical effects to such principle, thereby fulfilling the absence of legal constructs under the CBD. The cornerstone of the Nagoya Protocol is the "User Measure" principle which allows the providers to regulate the use of the biological resources as they see fit. The protocol came into force in October 2014 with Thailand was one of the signatories though it has yet to ratify it.

In Thailand, biological resources have high market and non-market values. Existing laws provide safeguards against unlawful access to them. At first glance, this would sound sufficient. Ironically, nevertheless, the main problem for Thailand with this issue is that it has "too many" laws, given the fragmentation of relevant public authorities whose responsibilities centre on the same type of resource.

For instance, duties to protect the same forest lie with two or more authorities such as the Forest Department and Department of National Parks Wildlife and Plant Conservation. This, in practice, causes an overlap between those authorities leading to conflicts between them and thus uncertainty for biological resource management and protection.

Some considerations must be taken into account if such a new law is to be effective. First, users must be bound not to seek intellectual property protection unless state permission is obtained. This approach has been applied in some countries such as Australia and India. The so-called "comeback clause" obliges users to request fresh permission if they wish to seek IP registration within or outside the country of origin.

In many situations, local communities are the owners or custodians of biological resources. Farmers in a specific area may share or exchange with their neighbours a species of rice that they have selected, bred, or grown on their own farms. Those farmers usually willingly share plant genetic resources as a way to show their generosity and friendship.

However, a problem is that the people in local communities lack legal skills and knowledge. The biological resource law, once adopted, must provide local communities with legal expertise. The law must provide that, if those people do not receive adequate consultation, any consent or permission they have given must be null and void.

Last but not least, the therapeutic value of some plant species has long been controversial such as kratom and marijuana. Thai researchers are demotivated to engage in research and development of species because those plants have been listed as illegal drugs. Foreign researchers can take this as an advantage n seeking benefits from those plants. As things stand, laws relating to plant species must be harmonised with the law enacted to combat bio-piracy, in order to create an opportunity and restore motivation for Thai researchers in carrying out research involving those controversial plants.

In sum, it is evident that the current legal constructs of Thailand are not effective in preventing and combating bio-piracy. Apart from overlapping authority in managing and protecting biological resources, there is no law that controls the right of users in seeking legal protection and claiming IPRs, while local communities need to be advised before giving permission access. Finally, drug regulation has halted Thai researchers from engaging in research activities associated with some illegal plants. Therefore, lawmakers must take all of these factors into account if the new law is to be comprehensive and effective in combating bio-piracy.

Teerachai Kuakate is a researcher for Economic Laws Programme at Thailand Development Research Institute (TDRI). This article is based on the “Research Project: Study on legal framework for access to and benefit sharing of biological resources of Thailand” funded by Thai Health Promotion foundation. Policy analyses from the TDRI appear in the Bangkok Post on alternate Wednesdays.