Resolving to be genuinely materialistic
Opinion

Resolving to be genuinely materialistic 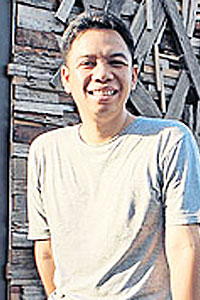 My son had just one wish this past Christmas; he wanted a maroon-coloured LEGO pterodactyl from Santa Claus, the same one his best friend from kindergarten brought to school for show and tell. Never mind the fact that we can barely fit all his toys into our small cluttered home. Western norms stipulate that every child is entitled to presents on Christmas Day. My son is only three and a half, yet he is well on his way to becoming a well-trained consumer.

Fast forward one week, the hectic holiday season has come and gone and it has occurred to me that we, as a family, were simply bringing too much junk into our lives. We fill our homes with stuff but we are bewildered when the incessant buying does not make us any happier; sadly, consumerism keeps us chasing and running after products and the seduction of keeping up with the Joneses drains us financially, physically, and emotionally.

How then, does one set about changing the rules of the game so that we can find the type of "happiness" that is more authentic and enduring? My answer is to become more materialistic. I have decided on my new year's resolution: In 2017 I will aim to be more materialistic -- materialistic in the literal and genuine definition of the word.

I would argue that we as a society are too materialistic in the conventional sense of the word. It's "conventional materialism" that is based on greed and indulgence, it entails plundering, hoarding and ultimately choosing quantity over quality. Genuine materialism on the other hand is based on apathy and adequacy, it entails respect, meticulous selection, and ultimately choosing quality over quantity.

We live in a society where 90% of the products we buy become obsolete in only six months. The need for genuine materialism to take hold is more important than ever, not only for our personal peace of mind but also for the well-being of planet earth. Two things will give genuine materialism a fighting chance, if society is willing to make these changes.

First, we need to find alternative progress indicators to the Gross Domestic Product (GDP). GDP -- which measures the monetary value of final goods and services -- makes no distinction between productive and destructive activities. Crime such as theft helps increase GDP as it leads to increased economic activity, ie employment of security guards, more security equipment being bought and sold, and replacement of stolen goods. In this regard, GDP increases for the economy but quality of life dramatically decreases for its population. Is this what we call progress?

If all you have is a hammer, everything looks like a nail; similarly, if the only indicator you have is the GDP, the economy is only fixated on activities surrounding production and consumption, not activities that promote genuine materialism.

On the relevancy, or rather the irrelevancy, of the GDP, World Economic Forum's chief economist Jennifer Blanke argues that, "the GDP merely provides a measure of the final goods and services produced in an economy over a given period, without any attention to what is produced, how it's produced or who is producing it". Ms Blanke adds that the GDP fails to address three key questions: Is growth fair? Is it green? Is it improving our lives?

Governments need to create a new incentive structure that discourages destructive economic activities and handsomely rewards companies and organisations that engage in positive activities such as conservation of resources, reduction of wastes, and replenishment of the environment.

Second, we as individuals need to be more mindful about our consumptive decisions. We need to be continually asking questions about what we buy, and more importantly, why we buy it.

We must live on less to decrease our dependency on stuff. We must question whether it is truly necessary to change cars every seven years, cell phones every two years, and other new toys -- be it a watch, a racing bicycle, or a frying pan -- every six months. The need to distinguish needs from wants is a subtle, but nevertheless vital exercise to achieve genuine materialism. In fact, a genuine materialist may not even choose to buy at all, but instead may seek to borrow or rent the needed items, a scenario made more possible by the rise of the sharing economy.

We must live on less because our present consumption habits are unsustainable. According to a recent study, Thailand is currently approaching an unreasonable high rate of household debts, with debts averaging around 119,000 baht per family. To put this in perspective: if the debtor was earning the minimum wage and working 365 days a year, he/she would still only be making 109,500 baht per year. Sadly, this is substantially less than the amount his/her family owes.

We can't really choose to earn more, but we can choose to spend less.

We can't always choose to have more, but we can choose to be happy with less.

Going back to my consumerism ordeal on Christmas Eve. My wife and I visited several stores, only to be told that the maroon-coloured LEGO pterodactyl that my son so desperately wanted had been sold out of this coveted time. We were exhausted, and we fretted about the ordeal of telling my son that we could not find the first Christmas present he had ever asked for.

Come Christmas, we sat our son down and calmly told him that he could not have his pterodactyl, as the toy was sold out and there was nothing mum, dad, or Santa could do about it. To our surprise, my son listened to our reasoning and instead of pouting or crying, he suggested that the three of us go play at the playground for the day instead.

In one simple gesture, our three year old taught us that we didn't need to live life like everyone else and that time spent together was more meaningful than anything money could buy.

I have been truly reminded that the most important things in life, aren't things.

Joey Tulyanond is the founder of Bangkok's first green hotel, and an aspiring minimalist. He can be reached via his blog www.zerowaste101.com.

Joey Tulyanond is the founder of Bangkok's first green hotel, and an aspiring minimalist. He can be reached via his blog www.zerowaste101.com.