For Trump, the enemy within is US intelligence
Opinion

For Trump, the enemy within is US intelligence

Being obliged to no-one, the president-elect can shake up the spooks, the 'bogeyman' of all presidents, writes Stuart Alan Becker 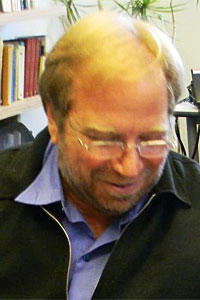 Outgoing CIA director John Brennan at a forum at the University of Chicago last week. President-elect Donald Trump has been widely critical of US intelligence services. AFP

If you look at the fireworks between President-elect Donald Trump and the American intelligence community under Barack Obama -- about whether the Russians hacked the US election in favour of Mr Trump -- it's helpful to research history for clues that may explain how a president-elect could have become so hostile to America's own spy agency.

In 1950, President Truman appointed a soldier, Gen Walter Bedell Smith as director of the CIA shortly after the invasion of South Korea. The CIA had been created with the National Security Act of 1947, in part because of American unpreparedness for the Japanese attack on Pearl Harbour.

A crucial turning point came with the Vietnam War, when the well-trained and often idealistic CIA spies were practising real-life social engineering and counter-insurgency tactics in the dangerous environments of South Vietnam -- risking being shot every day -- when the anti-war movement in the US took serious hold and began to reach its full bloom.

It became impossible for American politicians to continue to support that war. The victory for the peaceniks meant defeat for those government employees who served as instruments of US policy and who bore the gritty, tragic hardships and sorrows of the war -- the effects of which resonate to this day (including in my own family).

That was the moment when the true rulers of the United States -- the one per cent of super wealthy families and the military-industrial corporations they own and control -- grasped who their real enemy was -- the domestic US population, the only group of people in the world with the means to foil their plans.

Those intelligence people who risked their lives in Vietnam for Uncle Sam felt understandably betrayed by their own people back home -- and some of the more astute among them, like Daniel Ellsberg -- turned against the war as whistleblowers. It was Mr Ellsberg's exposure of The Pentagon Papers at great personal risk that revealed what US military planners had written: Yes, you can continue the Vietnam War, but you'll need to have another whole army division inside the US to put down the rebellion that's going to happen if you do continue the war.

It is enormously helpful to view today's CIA with this background in mind, because those agents -- who were surely as skilled in the black arts as any other spies -- also realised who their true enemy was.

The television brought the bloody inhuman warfare of Vietnam into American living rooms and the ultimate loss of that war created the conditions for the foreign policy of the United States to be pushed underground -- where it has remained ever since. President Reagan didn't ask for a public debate about his anti-communist Central American operations any more than George W Bush did for his Iraq invasion in 2003. The Bush Administration spent millions on scripting the Iraq invasion with public relations companies -- like a football game, with a kickoff and everything, under the title War in Iraq as if you would get some popcorn and sit down on the recliner and watch. The rulers of the military-industrial complex had learned their lesson out of Vietnam and already knew the public would oppose them. The effort was to stifle debate, thus avoiding a recurrence of what happened in the Vietnam era and replacing it with slick PR showmanship.

Years earlier, president Jimmy Carter's daughter Amy carried a sign in protest against the CIA while her father was in the White House. What does that tell you? How did it happen that our presidents became so fearful of their own spy agency?

The great Australian journalist Phillip Knightley, who died late last year, described the same truism among spies of every nation's service -- and it didn't matter if it was the KGB or the CIA or even the East German Stasi. The biggest enemy all spies have is their own organisation. Knightley told me about the sad lives of KGB agents who would inevitably come across information so sensitive that it would cost them their careers -- mostly at the hands of their own superiors.

No wonder Mr Trump doesn't trust the CIA. Why should he? Former CIA directors Leon Panetta and Mike Morrell openly attacked Mr Trump and backed Hillary Clinton during the election with newspaper articles and speeches. They worked day and night to paint Mr Trump as an inexperienced, laughable misogynist narcissistic buffoon, using the very same tactics in the US election that the CIA routinely uses overseas to manipulate foreign elections.

Former CIA director George Tenet fronted the "weapons of mass destruction" fiction for the pretext of Iraq's invasion in 2003 saying it was a "slam dunk", using "cherry picked" and fabricated "intelligence" for his president and boss, George W Bush. We learned from that instance what at least part of that CIA director's job was -- to present fabricated information that supports whatever the president needs in order to carry out his own agenda -- most often for political reasons.

It was the CIA's Special Activities Division, after all, that helped cook up the attack by North Vietnamese gunboats in the Gulf of Tonkin to lay the groundwork for the Gulf of Tonkin Resolution which gave president Johnson the green light to send thousands of American troops (including my father) to Vietnam. So let's not be naive about how presidents use the CIA as a blunt instrument for their own political ends.

How can Mr Trump trust these CIA bureaucrats in the United States government system he's about to inherit?

Senate minority leader Chuck Schumer issued a public warning in response to Mr Trump's expressing how unimpressed he is with the intelligence community: "Let me tell you, you take on the intelligence community, they have six ways from Sunday of getting back at you." This simply means that Mr Trump should approach CIA reform as his absolute highest and most important priority as he takes over the leadership of the United States.

How would you like to face inheriting that kind of menacing, self-funded secret bureaucracy if you were a newly elected president?

What if Edward Snowden and Julian Assange were right? I think Mr Trump should pardon both of them under the reasoning that they put themselves at great risk to expose what happened during the Obama administration when the unconstitutional, anti-citizen aspects of the American global surveillance empire crossed the Rubicon and became out of control.

Henry Kissinger, shortly after meeting Mr Trump, appeared on CNN and pointed out the uniqueness of Mr Trump in modern presidential history -- because he's beholden to no one for his presidential victory but himself. Maybe that's what the bureaucrats of the intelligence community are scared of. Maybe they should be scared.

It is entirely reasonable and absolutely necessary for President-elect Trump to take control of the United States government he was elected to lead -- and to re-shape it any way he decides is the most effective. The first place to start is the intelligence services, many of whose members did everything they possibly could to defeat Mr Trump.

The American people, the intelligence community, allies and all the citizens of the world ought to expect Mr Trump to calmly and decisively defeat any opposition from within his own intelligence services, just as he defeated Hillary Clinton's political machine and relegated Barack Obama to history. (THE MARK NEWS)

Stuart Alan Becker is a Southeast Asia-based author and journalist. He conducted interviews with MI5's former deputy director Peter Wright who published the bestselling memoir 'Spycatcher', as well as with former CIA director William Colby who later died in what was called a canoeing accident.

Stuart Alan Becker is a Southeast Asia-based author and journalist. He conducted interviews with MI5's former deputy director Peter Wright who published the bestselling memoir 'Spycatcher', as well as with former CIA director William Colby who later died in what was called a canoeing accident.