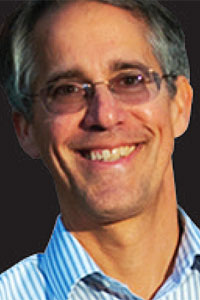 Jeffrey Wasserstrom Professor of History at the University of California

When Donald Trump won the US presidential election in November, he had a lot of Chinese fans. But his popularity has since plummeted, owing to his statements on contentious issues, such as Taiwan and the South China Sea. This isn't the first time China's view of a US leader has deteriorated rapidly.

The abrupt change is reminiscent of what happened to Woodrow Wilson after his re-election a century ago. At the time, many Chinese intellectuals, including the young Mao Zedong, admired Wilson, a political scientist and former president of Princeton University. Then, in 1919, Wilson backed the Treaty of Versailles, which transferred control of former German territories in Shandong province to Japan, rather than return them to China. Wilson quickly lost his lustre in China.

A century ago, China was driven to support Wilson, and then to loathe him, by its own weakness. Today, it is China's strength that is guiding its view of the US president.

In 1916, the year Wilson won his second term, China was in terrible shape. While the republic established in 1912 was ostensibly a single entity, it was highly fragmented. Military strongmen controlled different regions, while foreign powers, through bribes and bullying, seized large swathes of territory. For Chinese intellectuals, Wilson offered a bookish contrast to thuggish warlords.

But Wilson's appeal went beyond image. In 1918 his popularity soared following an address to Congress calling for national "self-determination". Intellectuals in imperialism-ravaged countries from Egypt to Korea took his declaration to heart, and began to view him as a champion of the oppressed.

Chinese patriots hoped that, under Wilson's leadership, the US might deepen its involvement in Asia in ways that would help protect China from the predations of Imperial Japan. For them, Wilson's support of the Treaty of Versailles constituted a profound betrayal.

The China of 2017 is unimaginably different from the China of 1916. It is part of the global economic hierarchy and unified under a strong and focused leadership. And it is very big, including nearly all the territories that were part of the Qing Empire at its peak. A rare exception is Taiwan, but the "one China" diplomatic fiction sustains the fantasy that someday the democratic island and authoritarian mainland will be reintegrated.

In short, China no longer needs US protection. Instead, it wants a US president who is occupied largely with domestic issues, and not too concerned with constraining China's rise, as Barack Obama was. That way, China could get to work reshuffling power relationships in Asia for its own benefit, without having to worry about American interference.

Before the election, Trump was already known to level wild accusations at China, typically related to economic issues. But his apparent lack of interest in foreign policy was very appealing for Chinese leaders. He seemed far more likely than his opponent, Hillary Clinton, to leave China alone. His suggestion that he would be less committed than his predecessors to supporting traditional US allies in Asia, like South Korea and Japan, was music to Chinese nationalists' ears.

Trump also gained some fans simply by virtue of his "straight talk" that contrasted sharply with the approach of more polished politicians, including President Xi Jinping, who watches his every word.

A similar desire for "authenticity" fuelled -- albeit in a very different way -- the popularity of another US official, Gary Locke, who became the US ambassador to China in 2011. Photographs of Locke carrying his own daypack and buying coffee at Starbucks -- humble acts that high-ranking Chinese officials would have underlings do -- spurred a flurry of online posts celebrating him as a virtuous public servant. How different America must be, his fans claimed, from China, where corrupt officials and their pampered offspring indulge in luxurious lifestyles.

It is hard to imagine that particular US-China contrast carrying weight now, as photos of Trump's garish Manhattan penthouse and opulent parties continue to emerge. And while Trump's communication style remains striking, particularly in comparison to Xi's, it becomes far less appealing when one is the target of his blunt comments on touchy topics.

Jeffrey Wasserstrom, Professor of History at the University of California, Irvine, is the editor of The Oxford Illustrated History of Modern China. ©2017 Project Syndicate, www.project-syndicate.org

Professor of History at the University of California

Jeffrey Wasserstrom, Professor of History at the University of California, Irvine, is the editor of The Oxford Illustrated History of Modern China.