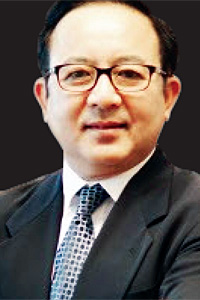 For the past 15 years, the villagers of tambon Nam Pu, Ratchaburi's Muang district, have complained about toxic wastewater from an industrial waste treatment plant that has contaminated their water sources. Little has been done to ease their plight.

The villagers said water in the Nam Pu creek is so tainted, with a strong chemical odour, that it is not usable for farming, let alone consumption. The contamination appears to have worsened over the years and has now affected the groundwater aquifer. Water pumped from the ground, which is the last resort for the villagers, is now contaminated as well. The villagers said they started to notice the contamination in 2001, the same time as Wax Garbage Recycle Centre, an industrial waste treatment plant, began its operation in the upstream area.

They lodged complaints with the Pollution Control Department and asked the agency to investigate as toxic wastewater contamination also spread to tambon Rang Bua of Chom Bung district.

Adis Israngkura na Ayudya, PhD, is an adviser of the Thailand Development Research Institute (TDRI). Policy analyses from the TDRI appear in the Bangkok Post on alternate Wednesday.

The Pollution Control Department and the Department of Groundwater Resources tested water samples from Nam Pu Creek along with groundwater and found the level of heavy metals (lead, nickel and barium) exceeds the standard. They also found high levels of volatile organic compounds (VOC) such as toluene, xylene, ethylbenzene, benzene, 1,1,2-trichloromethane and Cis-1,2-dichloroethylene. The environmental authorities pointed the finger at the Wax Garbage Recycling Centre, but the plant brushed aside the accusation.

Instead, it urged the authorities to look into farming practices in the area which it believed could have been the cause. And, as there was no baseline data on the level of heavy metals and VOC prior to the operation of the company, such an accusation was simply inconclusive.

Despite its claims, the company has received warnings and suspension orders from the authorities concerned, the Department of Industrial Works and Ratchaburi Industry Office, since 2002. The department sent 19 letters, ordering the plant to improve its operation, and at least six orders for the plant to shut down parts of its facility.

In addition, five fire incidents have been reported at the plant over the past years. Despite numerous efforts by the authorities, the plant is still in operation and toxic wastewater contamination seems unstoppable.

The situation is a major challenge for Thailand. It raises questions about the effectiveness of environmental governance. Under such circumstances, how can Thais be protected from the negative impacts of industrialisation and economic activities? How will Thailand move towards sustainable development when state orders are just meaningless bits of paper that cannot put an end to toxic wastewater contamination?

While the case has triggered suspicion about whether some kind of corruption and bribery might have been in play, the 15-year saga sadly demonstrates that Thai environmental protection mechanisms including environmental laws and law enforcement are not functioning.

A weakness in the Thai environmental governance is the lack of balance in regulatory power among authorities. The Pollution Control Department, for instance, does not have direct authority over the environmental monitoring of the factories.

Instead, the agency offers technical expertise, providing information about contamination and making recommendations to the line agencies that have direct authorisation over factory operations.

In the case of the Wax Garbage Recycling Centre, the authorised agency that can revoke the plant's operating licences due to unlawful environmental practices is the Department of Industrial Works.

In the face of this unbalanced regulatory power, academics and environmentalists have proposed revising the Environmental Promotion and Conservation Act to add teeth to environmental agencies, giving them the power to grant as well as revoke environmental licences.

This change is aimed at strengthening monitoring mechanisms as it provides a checks-and-balance mechanism between government authorities. Unfortunately, the proposal still hangs in the balance as it is opposed by industrialists.

Several other cases demonstrate Thailand's weak environmental governance. Among them, the annual haze problem in the North typifies the weakness of the environmental governing mechanism as against commercial interests, derived from the burning of agricultural byproducts, and illegal forest burning.

Another case which shows the lacks of balance in our development policy is a plan to build a dam in the Mae Wong National Park which serves as a buffer zone for the Huai Kha Kaeng wildlife sanctuary, a World Heritage site. The plan indicates how state agencies, in this case the Irrigation Department, place greater importance on infrastructure than environmental conservation. This irrigation project is on hold, not because of the environmental governing mechanisms, but because of the act of a renowned environmentalist, Sasin Chalermlarp, who led a march from the dam's designated site in Nakhon Sawan to Bangkok in 2013 to raise public awareness.

As his march, as well as his camping in front of the Office of Environmental Policy and Planning, won enormous media attention, the National Environment Board was prompted to think more carefully about the project. Thailand needs to strengthen its environmental governance if it is to maintain an optimal balance between economic, social and environmental goals. To this end, agencies must be equipped with independent power and the tools to help steer Thailand towards an sustainable development path.

Adis Israngkura na Ayudya, PhD, is an adviser of the Thailand Development Research Institute (TDRI). Policy analyses from the TDRI appear in the Bangkok Post on alternate Wednesday.