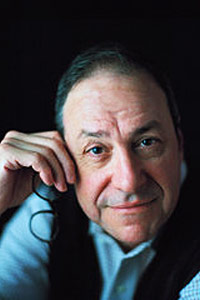 Activists rally during a protest in New York City in August last year?against the spiralling price of EpiPens. (AP photo)

One of my goals when I joined Bloomberg View a month ago was to dive into the contentious subject of drug pricing. I'd like to explain to readers why the pharmaceutical companies have been raising prices so relentlessly these past half-dozen years, even as the practice has become a huge issue on Capitol Hill and in the country. My friend Barry Werth, who has written two fine books about the biotech company Vertex, says the answer is simple: "Because they can." But the details of how they do it can be murky, complicated -- and sometimes underhanded.

Take, for instance, the generic-drug maker Mylan. The purpose of generic-drug companies, of course, is to come up with inexpensive versions of branded drugs that they can sell once the patent expires on the name-brand product. Indeed, the famous Hatch-Waxman Act of 1984, which is the foundational document of the modern generics industry, specifically gave companies incentives to get cheaper drugs on the market quickly. For example, companies that successfully challenged drug patents in court could get a six-month head start before any other company could sell its own generic version.

But as generics companies like Mylan became giants themselves -- Mylan's market cap was US$26.5 billion (927 billion baht) at the end of 2015, more than twice what it was three earlier -- their goal shifted from selling drugs as cheaply as possible to selling them as expensively as they could get away with.

Everyone knows about EpiPen, which Mylan bought in 2007 and transformed from a $200-million-a-year product into a $1.1-billion one largely by quadrupling the price. Though the EpiPen price hikes have resulted in government investigations, it's really just a classic example of the "because they can" strategy. But over the last few weeks, Mylan has been in the news for litigation involving two other drugs: Provigil, which treats narcolepsy and is marketed by the Israeli generics giant Teva, and Copaxone, a drug used by multiple sclerosis patients that is marketed by, hmmm, Teva.

Provigil was approved by the US Food and Drug Administration in the late 1990s and went on sale as a branded drug. By the mid-2000s, its patent was nearing expiration, which meant that the generics companies were gearing up to sell a version of the drug at a much lower price.

To prevent that from happening, Cephalon, which held the Provigil patents, sued four generics companies, including Mylan and Teva, for patent infringement. That's when things got fishy. Cephalon agreed to pay the four companies some $300 million -- and they agreed to keep generic Provigil off the market for another six years. In other words, consumers, insurance companies and pharmacies would have to keep paying an exorbitant price for drug that, by all rights, should have been available in a less expensive form. Indeed, with no generics competition, Cephalon was able to turn Provigil into a billion-dollar-a-year drug by 2012. Seven years earlier, it had reaped $475 million in annual revenue.

There is a name for this tactic: pay-for-delay. Although the US Supreme Court has been ambiguous about its legality, the US Federal Trade Commission considers it an anti-trust violation. Thus, in the FTC's view, Cephalon, Mylan, Teva and the other generics companies were co-conspirators rather than true litigants.

So the FTC sued Cephalon. And a group of pharmacy companies, including CVS Caremark and Eckerd, sued the generics companies. The litigation lasted for over a decade, during which time much changed. In 2011, Teva bought Cephalon, which means it was suddenly the marketer of branded Provigil. The following year, generic Provigil finally arrived on the market. But Teva was ready. It had a new branded drug, Nuvigil (New-vigil. Get it?). Although the chemical difference between the two drugs is small, Teva sold Nuvigil as an improvement over Provigil.

In 2015, Teva finally put the case behind it, paying $1.2 billion to settle with the FTC, an amount that included its own liability as well as Cephalon's. The Mylan news, which broke last week, was that it was putting the case behind it too, with a settlement of $96.5 million. The company said the settlement was "not an admission of wrongdoing", and that may be. But there's little doubt that Mylan was paid to delay a generic drug, and as a result, Cephalon and Teva were able to squeeze billions out of Provigil at the expense of medical consumers.

If Mylan is one of the bad guys in the Provigil litigation, it plays the role of the good guy in the Copaxone case -- it's the generic-drug maker fighting to bring to market a less expensive version of a costly branded drug. Copaxone, which is sold by Teva, is an injectable medicine used by people with multiple sclerosis. When Copaxone was first approved by the FDA in 1997, it annual cost was $8,282. Today, it's nearly $85,000, and generates a fifth of Teva's $20 billion in revenue, according to Bloomberg.

If pay-for-delay is one way to extend the life of a patent on a branded drug, there are plenty of other ways as well. For instance, in 2015, with the patent on the original 20-milligramme-dosage version of Copaxone having expired, Sandoz came out with a generic. (Its "discounted" annual cost is $65,000.) What did Teva do? It got approval for a branded version administered in 40-milligramme injections. Which meant fewer injections for patients. Which meant most Copaxone users switched to the Teva drug, which currently costs some $74,000 a year.

At which point, Mylan stepped in with its own 40-milligramme generic Copaxone. Needless to say, Mylan and Teva wound up in court arguing over whether the Teva patents were valid.

A few weeks ago, a federal judge ruled in Mylan's favour. Although Teva has vowed to appeal, it might not be too long before Mylan can offer generic Copaxone. This would be a terrible outcome for Teva, but a good outcome for multiple sclerosis patients.

Well, sort of. You see, when you undercut a $74,000-a-year drug, you can still make an awful lot of money, even after you've undercut the branded price. Which is another one of the games pharma plays: develop expensive generics, not cheap ones. ©2017 BLOOMBERG VIEW