No need for a 'higher education ministry'
Opinion

No need for a 'higher education ministry' 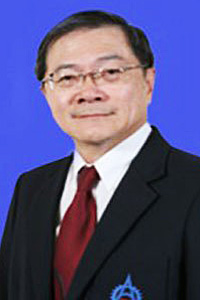 Job seekers file their applications at an industrial estate in Bangkok. The majority of Thai university graduates are still shunned by private companies and employers. JIRAPORN KUHAKAN

If I were a conspiracy theorist, I would think that there is a conspiracy to set up a new "higher education ministry" with, of course, a new minister in charge.

Last month, the Education Ministry revealed that it planned to upgrade its Office of Higher Education Commission (Ohec) into a ministry to lift university standards citing the "crisis in the higher education system", low rankings of Thai universities, budget restrictions, low standards of graduates, and governance problems in various universities. Then, three prominent university presidents expressed their support for the idea of setting up a new ministry. A budget problem was again cited.

Most recently, last Monday, the National Legislative Assembly (NLA) announced its nationwide survey findings claiming that stakeholders back the government's plans to upgrade Ohec into a higher education ministry. (I have asked around and none of my academic friends have heard about it, let alone taken part in this survey.)

Additionally, the head of a committee which will establish the new ministry insisted that ministry activities "must be transparent and open to scrutiny from the public and relevant bodies" and that its main functions would be "supporting the activities of universities, not only regulating them ... [and it must] address problems in the education system as well as promote high standards at all universities".

Have we all really forgotten that Ohec was only established in 2003? Before that, we had a government agency called the "Ministry of University Affairs" (MUA).

When the MUA was converted to Ohec, there was hardly a dissenting voice. The main reason given at the time was that the entire education system, namely basic education, vocational education, and higher education, should be part of one whole system and follow the same direction for maximum effectiveness and efficiency.

Personally, I suspected that the reason for the scant opposition at the time was because the MUA was not a big and important ministry with few accomplishments to boast about. The MUA could not really control governmental universities (and Ohec still can't) because each and every governmental university has its own legislation. This meant the main job of MUA was to regulate private universities and to give them headaches and heartaches by means of a mountain of regulations. Since MUA was a small ministry, its minister was not coveted by politicians and turning it into a part of the Ministry of Education did not hurt that much.

After the establishment of Ohec, all the departments and functions of MUA continued as usual, only with different names and a different big boss -- hence, the same old problems, and the same old inefficiencies.

The demise of Thailand's education system has been repeatedly brought up for debate for a long time. But it is not just higher education that has its shortcomings. Our entire education system is being derailed by problems which have expanded and multiplied -- because they have not been seriously addressed.

We are happy enough to console and fool ourselves into believing that our education system has been quite successful. For example, we are "proud" with the academic achievements of many of our students who received many medals from their competitions at various educational Olympics in subjects such as physics, chemistry, mathematics, or even astronomy. We have not looked beyond these medals and asked the question of whether the standard performance of the average Thai student is competitive with students from other countries. Judging from the recent test results of students assessed by the Programme for International Student Assessment (PISA), the answer is a resounding "no". Then, why are we so proud?

We are so content with the application of quality assurance to our education system which is mandatory for all schools and universities. We do not seem to care that despite many universities having passed the annual quality assurance inspection, their graduates are still shunned by private companies and employers.

The drive to set up the new ministry may have something to do with budget allocation. The fact that very few Thai universities are ranked among the world's top universities seems to imply that most Thai universities have not received sufficient budgets and the new ministry can rectify that. If we can afford to dump a lot of money for 10 universities and help them become part of the world's top ranked, can we say that the Thai education has achieved world standard? Thailand in fact has several hundred universities. I do not see a good reason to give a lot of money to improve a handful of them but leave the huge majority to mire in mediocrity.

Big budgets do not necessarily translate into big successes. We should not forget that the percentage of Thailand's educational spending is among the highest in the world. Other countries that give a smaller percentage of their national budget to education seem to be doing much better. Budget allocation is certainly necessary, but it is not sufficient for success.

The new ministry may also be tasked with carrying out long-term educational planning and serious educational reforms. These two topics are not new. I have heard talks about them before I started working as a university lecturer 30 or so years ago. Does this mean we have failed miserably on both counts? Why and who should be held accountable? What assurances do the Thai people have that the new ministry will be successful and not fail again?

Until now, no one has explained, or is capable of explaining what this new ministry will do to solve these long standing problems. How will it operate differently from Ohec or the now-defunct MUA that can make it bring about different results? Apart from a new minister and a new permanent secretary, most staff at the new ministry will no doubt come from Ohec. The new ministry will remain in the same Thai bureaucratic system, following the same rules and regulations and operating in mostly the same fashion.

With the same people doing the same things following the same rules, the end result will surely be the same. That is, nothing will change and the problems in the Thai education system will persist.

The new ministry will be set up in a year or in a year-and-a-half if a bill on the matter, which is being drafted, is passed. Can we afford to wait that long to do something about our higher education system? A sarcastic answer would be "yes" because we have waited for education reform for more than 30 years. A more serious answer is "no" because we cannot and should not wait any longer.

Any kind of higher education reform can be carried out by Ohec if we really want it. If new rules and regulations are needed to solve problems, we do not need to wait for a new ministry to issue them. Demand that Ohec do it now. And if it does not have capacity to do it, we need to empower them.

We do not need such a new ministry. What we do need is a new determination to change and do things differently to improve Thai education, and to give Thai students the quality education that they deserve.